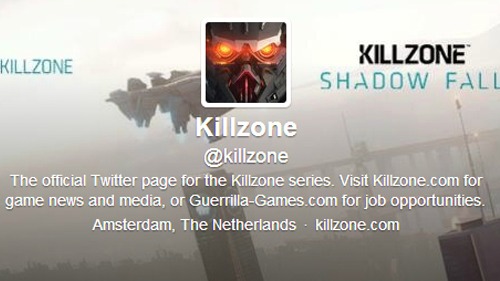 Killzone: Shadow Fall recently released in North America as a launch day FPS exclusive for the brand new Playstation 4. With less than a week since launch, gamers are a persnickety crowd who already have suggestions for improvements to multiplayer for the developer, Guerrilla Games. The official Killzone: Shadow Fall twitter handle, the aptly named @killzone, has been impressively responsive to community requests, letting gamers know that their suggestions are under advisement and the chosen changes under prioritization for patches.

In fact, today a feedback website was provided, allowing gamers to vote for the top ideas suggested thus far. Additionally, the website includes a corresponding indication of the developer’s process on the request – under review, planned, and started.

The Twitter community’s requests range from menu layout changes for menu access and functionality (such as what information is displayed and under what headings), multiple requests for voice chat in addition to party chat, various control schemes from left-handed (or southpaw) to fully mappable controls, the re-release previous games’ multiplayer maps, Operations and Free For All multiplayer modes, and a colorblind mode, as well as support for 3D, Move controls, and split screen functionality.

The @killzone responses are quick and often addresses a similar question multiple times. Inevitably, many requests are “taken under advisement,” however Guerrilla Games makes every effort to ensure that gamers understand that all requests are considered, tallied, and prioritized for future patches.

A back and forth conversation between a game developer and the gamers immediately following a game’s release, especially for tweaks to multiplayer, is constructive criticism. While potential changes benefit every player, disabled gamers who are able to successfully request disability related changes do not merely receive a “tweak” but in many cases, a playable game. Such changes after release are often difficult if not nearly impossible.

The mere mention so soon after launch that as a direct result of disabled gamers’ feedback Guerrilla Games plans patches to provide a colorblind mode, more controller layout options, and UI clarity (especially regarding larger text and icons) is promising. Simply knowing that gameplay changes resulting in increased accessibility are a priority for Guerrilla Games results in @killzone setting a new standard for game developers working with their fans.