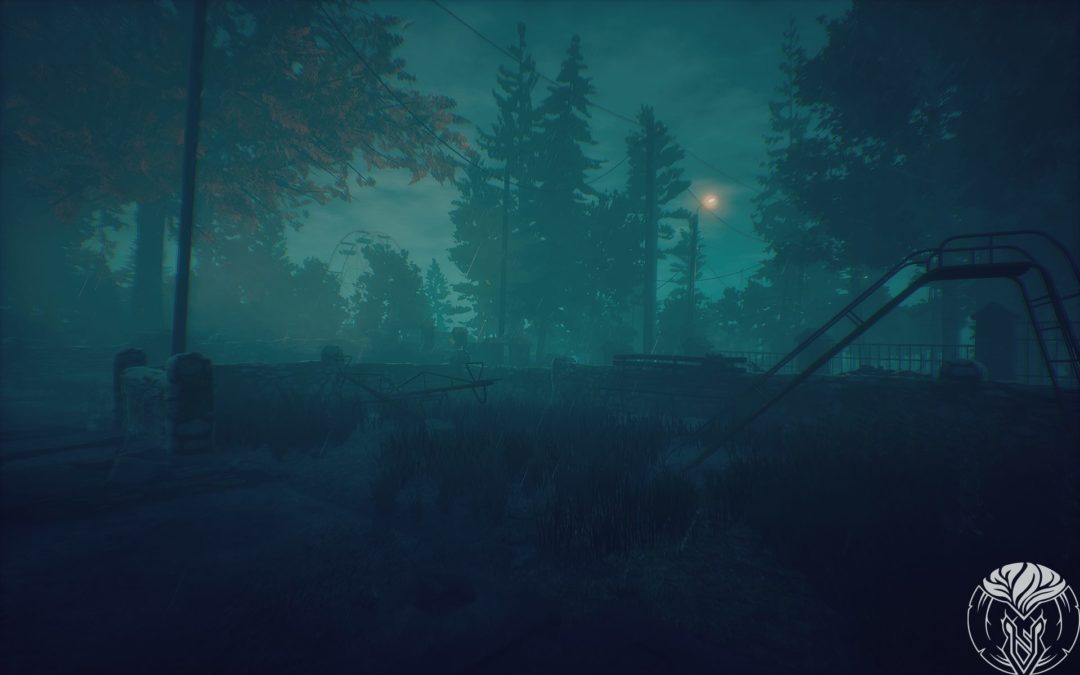 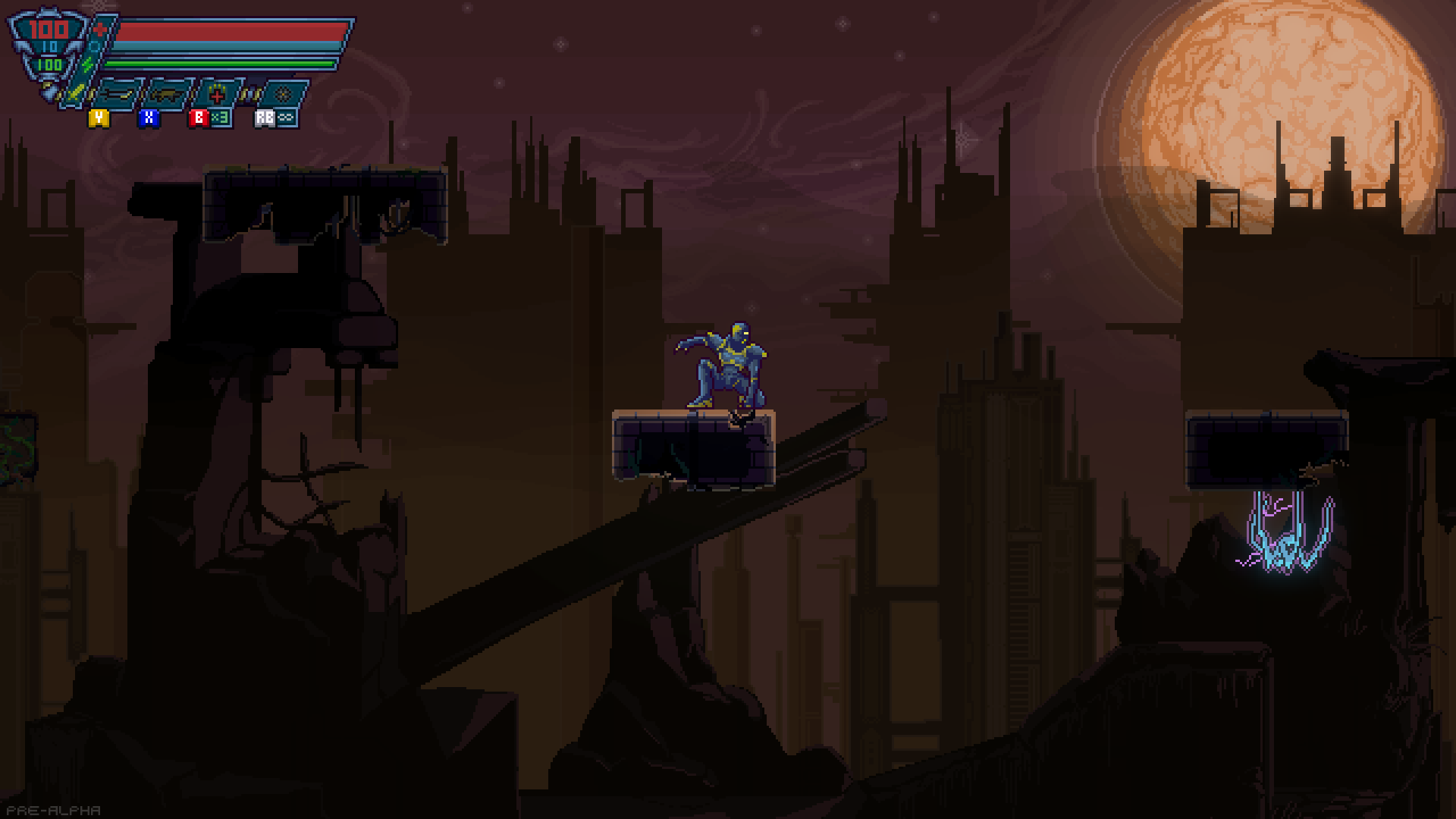 So I had an amazing experience going to Poland and getting to speak at the GIC conference! GIC is one of the largest videogame expos in Europe. There were over 400 game Studios in attendance, not just from Poland, but from all over the world. I was asked to host my own panel on accessibility in gaming and there was a great turnout. While I was there I was also able to check out a bunch of new games coming out in the near future. Just to be clear, most of these games are still in development, so the games’ controls may change drastically before they are released. I’ll give you my brief overview:

The Way Back is a first-person horror game made by Alrauna Studio. This game has searching for an old friend in the hometown you grew up in. On the surface the town seems like an ordinary Polish community, but while I played the demo, I noticed a lot of strange and extreme religious iconography (I interacted with a large naked statue of Jesus on the cross). Whether this was an intentional placement in order to show the player what the town was like or an unimportant detail is unclear. Either way, that stood out and it was interesting to me. For the most part, the game has you explore the town and interact with objects, which will initiate a memory or a narrative cut scene. I wasn’t able to explore much of the town, but I did notice I was given a very linear path to follow. The developers were very adamant about their plan to add more to the game eventually. They explained that The Way Back was a narrative based game, but there were plans to add more puzzles, mini games, and interactive gameplay in the coming months. As I searched an old abandoned house, I initiated one of the mini games brought about by the main character’s childhood memory. It was an easy-to-learn card game with fantasy elements. I enjoyed learning to play the card game, and I think it will be a fun side quest to look forward to. As far as the accessibility within the game, the developers told me they plan on letting you customize all of the keyboard keys for the finished game. I was playing a PC build of the game with a 360 controller that they had already available. The game has you move with the left control stick and aim the camera with the right control stick. You can interact with objects by pressing one of the symbol buttons. I have no idea whether there will be tense horror scenes that require you to move quickly or react in a timed manner. I didn’t get to any of those moments while I was playing the demo. However, during cut scenes I did notice subtitles scrolling below. That’s it, as far as controls. Seemed simple enough. 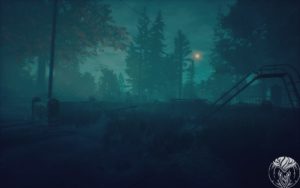 MindSeize is a 2D Metroidvania game, set in a cyberpunk world. It was developed by KarminaDimension. The game lets you explore different planets, defeat cybernetic enemies, and try and stop an enigmatic organization that steals the minds of the populace. From what I could tell the story was very “to the point,” MindSeize has you learn while you play. The sci-fi setting has a dark style, and the enemies are designed with a grotesquely robotic look that I really enjoyed. In the game, you play as a private investigator fighting robots, but it also seems like you are some kind of cyborg as well. At certain moments in the game, you are able to seize the mind of others cybernetic creatures to control them and do your bidding, hence the name “MindSeize”. The environments were very detailed for a demo, only I was only able to explore a few of them. The gameplay for 2D side-scrollers are sometimes hit or miss for me, but I enjoyed playing this one quite a lot. The combat in MindSeize consists of using a sword (for close range melee attacks) and a gun (faraway projectiles). The sword is powerful, but it takes more time to charge up. The gun deals less damage, but last longer. Something I personally loved about the guns features, was that it has infinite ammo. This made the combat much more accessible (gave me less fatigue during combat) and allowed me the choice to fight more enemies from far away. I appreciate this because many games in this subgenre tend to make projectile weapons useless. I played the game on PlayStation controller, they had hooked up to a PC. The gameplay already felt suited for a console experience and I was told that they were pushing to eventually release it on PlayStation 4 and Xbox One. The developers also said they plan on making the controls completely customizable for the final release of the game. It seems much needed, because I got stuck on one level, when I had trouble jumping, holding down one button to hang onto a wall, and holding up on the control stick all at once. Streamlining the controls are something they said they were looking into. 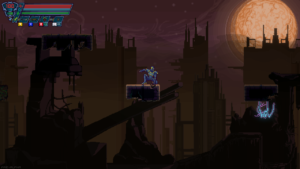 Playerless is well…a game within a game, and it was developed by Moonlit Games. The closest genre I can compare it to is a point-and-click adventure game, but even that doesn’t describe it accurately. Playerless can be played by just pressing one button. It’s justified in the story, because the developers placed the game inside a broken arcade game. As the main character you are tasked to communicate with the debug team (working on the arcade game) using a combination of tapping and holding one button. After talking to developers, I found out that Playerless came about from an idea during development at a game jam in Poland. The developers were given the task to be the only limitation being that they had to make a game where players could only press one button. The way Playerless is played is by tapping one button or holding it down. Tap once to choose a selection and hold it down to select what you are hovering over. This mechanic works throughout the entire game, including dialogue choices, puzzles, and even the options menu. The developers also said that the one button could be one mouse click, one keyboard key, or potentially one switch control button. It all depends on you and your preference. This was by far my favorite game to play at the conference! It was set up at a table and it immediately caught my eye because of the bright red button placed out in front. They had a red button on a box available for players to use to play the game. My first thought was how switch control could be easily implemented for disabled gamers with fine motor skill impairments. I talked to the developer about it and it didn’t seem like something they’d heard of switch control, but they were definitely interested in applying those options. What an amazing concept. I am not sure it was intentional, but I told them by doing what they did, they made the game much more accessible to disabled gamers. I’m very excited to see how this game turns out in the end. 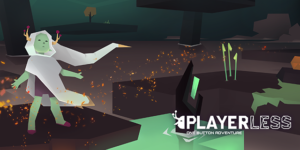 GIC was a conference that provided a platform for Polish developers, and also celebrated the impact Poland has on the game industry. What’s great is I got the chance to educate developers from around the world about accessibility at this conference, and I’ll hopefully be able to work with them in the future. The games I tried at GIC were very unique. Some of them definitely needed work when it comes to accessibility, but I was surprised to see an awareness for disabled gamers already embedded in some developers minds. Most importantly, I saw an eagerness to want to improve their games for the benefit of all gamers. It was a great experience and I hope to go back one day!