Game Accessibility – Where Do We Start? 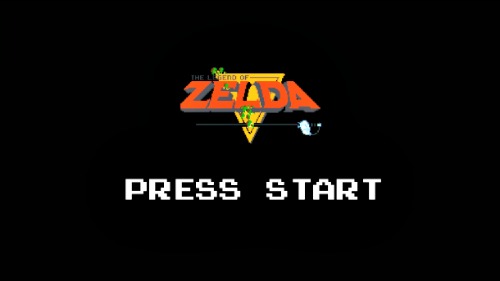 Video games are built on straight lines. Even in an open-world game like Far Cry 3 where there are lots of deviations a player can take from the appropriate path, there is always a definite beginning point, a definite ending point, and steps the player has to take to reach the end of the game. And no matter how much time you spend hunting tigers or raiding pirate bases, if you never rescue any of Jason’s friends, you’ll never beat Far Cry 3. Game accessibility is the same. There are lots of issues you can argue and perspectives you can bring up, but without definite steps, games will never become more accessible than they are today. Whether it’s Jason rescuing his friends from Vaas, or gamers pushing for better game accessibly, we all have to start somewhere. The question is, where?

A game’s ending point defines where it begins. Far Cry’s developers wouldn’t have put Jason in a cage at the start of the game if they wanted players to feel like the ultimate hunter from the very beginning. CryTek wanted to show the character’s evolution, and so they sculpted the game’s beginning based on where they wanted it to end. Likewise, the push for game accessibility has to be made in light of its end goal. If the end goal is that as many people as possible have the opportunity to enjoy games, there are certain things disabled gamers need to push for and certain things they can’t.

As callous as it sounds, it is a mistake to try and address game accessibility for every disabled person from the beginning. How can we focus on making games accessible for people who can’t use their hands if the industry doesn’t even see the need to make games accessible for players who do have limited use of their hands? The push towards game accessibility has to be gradual, and eventually it will mean that everybody, no matter their ability, will have access to some form of gaming. Unfortunately, many game accessibility advocates want to make games accessible for everybody all at once. This approach should scare developers and even disabled gamers, because if we try to address the entire disabled population all at once, the definition of game will dissolve and we’ll be left with an industry only concerned about satisfying special interest groups.

Where game accessibility needs to start is not with a checklist making sure that absolutely everybody can play a game, but with a set of reasonable expectations that will allow most disabled people to enjoy gaming. For example, lots of colorblind people may struggle with the color-coding systems in Guitar Hero, but this barrier could be dealt with by using symbols in addition to colors to differentiate between the different notes in each song. This would greatly increase the accessibility of Guitar Hero for people who are colorblind. But no matter what developers did, they would never be able to make a Guitar Hero game that was accessible for the hearing impaired, because it relies on music. If they were to try, they would end up coming up with an entirely different game and run the risk of alienating their able-bodied fans.

When a game is inaccessible, it does not mean that it cannot be beaten by a disabled person at all costs. Similarly, when a game is barrier free, it does not mean that every disabled player no matter what their disability will be able to play it. Barriers and games need to be looked at from two perspectives: (1) what is reasonable for each genre of game, and (2) at what point do the barriers in a game sap all the fun out of the experience for the disabled gamer. For example, at DAGERS, the first game I rated as inaccessible was DangerClose’s Medal of Honor: Warfighter. There was nothing in Warfighter that indicated or needed the use of a racing level. But this level, which requires a lot of dexterity and quick reflexes, created such a barrier that I lost all interest in the game before I had beaten it. Warfighter was inaccessible not because it couldn’t be beaten, but because it was unreasonable to expect most players with fine motor disabilities to put up with such stark barriers while trying to enjoy the game.

The frustrating part is that a double standard for accessibility already exists. When Maxis chose to make a SimCity that required an internet connection, gamers had a fit because they couldn’t access the game. And many people eviscerated EA for this choice on blogs and forums. By contrast, however, virtually nobody complained about Tomb Raider’s inaccessibility for people who couldn’t handle the game’s many quick time events, when in reality there were probably as many gamers who couldn’t play Tomb Raider as there were gamers who couldn’t play SimCity. Beyond that, the fact is that SimCity’s problems were temporary. By contrast, people with fine motor disabilities are permanently cut out of games like Tomb Raider. The difference was that when playing SimCity, players already knew about the game’s always-online requirement beforehand and so could refuse to purchase the game and, in essence, show EA their displeasure by affecting their bottom line. Disabled gamers don’t have that option since in most instances they have to buy a game and play it in order to know whether it is accessible or not.

I’m not saying that developers need to be scared of disabled people boycotting their games. But the fact of the matter is we give some people tools, but not others. We give parents the tools to tell whether a game is appropriate for children before they buy it. The ESRB rating system was implemented by the industry to avoid government oversight for the rating of video games. In a world where game accessibility is becoming a bigger issue, the industry is going to have to come up with some set of tools so that disabled gamers can know whether a game is accessible before they buy it. If they don’t, they run the risk of enflaming advocates who, without understanding the reality of video games, will then try to force a one-size-fits-all standard on the entire industry.

But if the industry takes the initiative to create tools like these, they would have a positive impact in addition to preventing a negative one. There are large portions of the broader world that don’t get into gaming because “they can’t do it.” This could be disabled people who think they don’t have the physical ability, or even older gamers who thought they lost the ability to game over time. But if there were less risk of wasting their money, more people might get into gaming, and the industry itself would grow—if only there were consistent standards to inform consumers about video game accessibility.