Game Accessibility – What It Is And Why It Matters 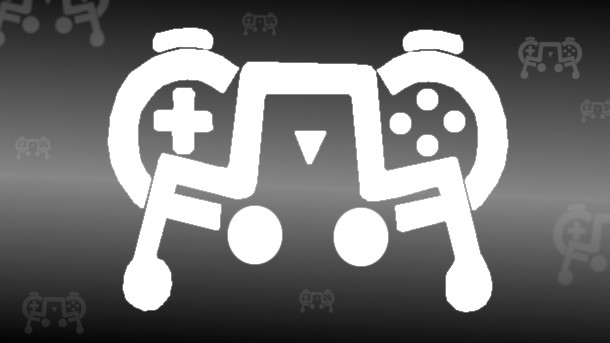 Whether it’s God of War: Ascension or Gears of War: Judgment, I’m sure everyone reading this has a game they are looking forward to next year. But imagine what it would be like if you had to play that game with your fingers taped together. How long would you try to fight the Locust or the Cyclops if – no matter how hard you tried – you couldn’t get your hands to move fast enough to avoid dying dozens of times in one level? How long would you try before you would put the controller aside and log on to Netflix or start to read a book? No gamer would willingly put up with these limitations, yet thousands of gamers do every day.

I am one of them.

I am a disabled gamer and I am determined to keep playing. Sometimes, my disability prevents me from moving my hands fast enough to execute certain sequences in games. For example, one of my favorite games of all time is Uncharted 2: Among Thieves. Near the end of the game Drake is in a Tibetan temple, in which there are levers he must crank to open doors. The way the player makes Drake open these doors is by tapping the triangle button repeatedly. Because of the delay in my muscles, there is no way for me to tap fast enough to get him to open the door. When I realized this, I was forced to confront the idea that I had just spent $60 on a game, progressed most of the way through it without help and now had to rely on somebody else to get me past that point. Beyond that point, however, the game was easy for my hands to handle. It was literally two small sequences, opening two small doors that made the game inaccessible. For me, game accessibility is not an empty phrase or a buzzword – it’s a part of my life.

Unfortunately, trying to define game accessibility is like trying to nail Jello to the wall. Since each disabled gamer has different limitations, we all have slightly different definitions of what makes a game accessible. The four categories of disability, sensory (sight and hearing), fine motor (hands and fingers), ambulatory (walking), and cognitive (mental), all have different issues that have to be addressed.

It’s also important to understand what game accessibility isn’t. Game accessibility does not mean taking all of the challenge out of a game. No serious gamer, no matter what their limitations, would advocate nerfing a boss fight to the point that there is no challenge, especially given the fact that disabled gamers make up only a fraction of the entire gamer population. If the industry were to simply make games easier to help accommodate the disabled, they would end up alienating a majority of gamers.

It is also important to realize that game accessibility is different from hardware accessibility. People who approach game accessibility tend to do so with the attitude of: “If the physical interface of a game is inaccessible, then the best way to make a game accessible is to change the physical components of controllers and systems.” This is the wrong way to approach game accessibility. While it should ultimately be the goal to create video games that anyone can play, and that means that eventually hardware accessibility will have to be addressed, a very large part of the problem can be solved by addressing game software rather than hardware. It is easier to change a line of code and make a controller layout accessible than to redesign a physical system. If total accessibility is going to be achieved it must be focused, mainly on software developers, since they are the ones that determine if a game is accessible. Oddly, the Wii, Kinect, and the push towards motion control in games, which has been an effort to involve people that previously didn’t play games, has had the unintended consequence of alienating a very large portion of the disabled gaming community.

The best definition of game accessibility, that I have come up with, is giving as many players as possible the best opportunity of completely experiencing a game. A lot of times when a disabled player is unable to fully experience a game it is not because they cannot figure out what to do. It is simply because the way a game is set up does not flex to fit their abilities. Would that door-opening sequence of Uncharted be diminished if, instead of tapping the triangle button, you simply had to hold it down? If that particular command sequence were deemed too crucial to the pacing of the mission to change it from a rapid tap to a hold, would it have been hard to give the player the option whether they would like to tap or hold the button? Many of the issues of game accessibility could be solved with a few extra customizable features.

But the question remains: Why do we need to bother programmers to include extra features in their games to satisfy only a fraction of their audience? The fact is gaming is more than entertainment for a lot of disabled people. Personally, games have helped me both physically and psychologically. As a small child, I used my Game Boy during therapy sessions to strengthen my dexterity and take my mind off of the pain of some of the activities. A hamstring stretch is so much easier when you’re focused on capturing Zapdos instead of the burning sensation in your legs. I’ve also found a much-needed escape from my disability in online gaming. As a gamer, hidden behind an avatar, I can be sure that people are not filtering their words through the fact that I am disabled. They’re not going to pull any punches when I mess up because they worry about my feelings. They also won’t avoid me because they see me as different.

This is why accessibility matters. If games fail to become more accessible, many disabled gamers won’t be able turn to games for the escape that games have provided them for years.