Four Things This Generation Gets Right 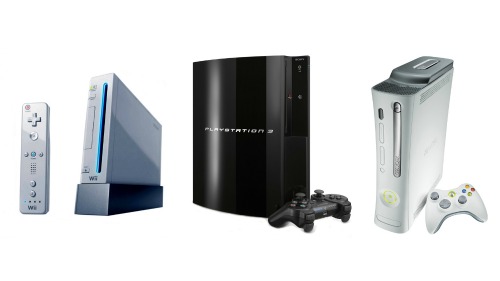 As promised, I spent the week brainstorming ideas to counter last week’s article. I felt it unjust to criticize the current generation without posing a legitimate counterargument. After all, I enjoy my current generation systems as much as anyone else. So, to that end, here’s a list of four things that I think this generation of hardware does that are improvements over its predecessors.

A major boon for the disabled community is damage-resistant games. In a world where I can count on probably dropping a game disk if I try to put it into my PS3, it’s nice to see this generation and next generation shifting to more scratch-resistant media. There were many times in the last generation when I had to replace games that I enjoyed because I played them so often that they got too heavily scratched to continue functioning. Perhaps the most frustrating example in my own personal experience was my Sony PSP. Within two weeks of having any game, I could count on the UMD case in which the game was housed to begin to separate. Within a month, games were usually unreadable in my PSP. As a result, I stopped buying games for that handheld within a year after purchasing it, simply because the way that the PSP games were constructed meant that they were very susceptible to damage when dropped or handled roughly. Compare that to the VITA, which has small memory card type games that are flat and significantly more durable and hopefully my point is clear. The bottom line is that with this current generation it seems that developers have made a conscious effort to make games that can take more punishment than their predecessors.

Diskless gaming is another one of the features of current hardware that makes it more accessible than its predecessors. The ability to turn on your system and play a game without having to put a disk in makes the hardware extremely accessible for people with fine motor disabilities or for people who just don’t want to take the time to look for the individual game disks. Whether it’s loading an entire disk onto a game’s hard drive, or downloading a game onto a hard drive so that there is no disk, the result is that current generation systems have not only made themselves more user friendly, but also more accessible to disabled players. If you are like me and have a fine motor disability, then playing games on the PS2 meant that you had to ask for someone’s help to actually get the game out and put it in. But with the ability to play games off a hard drive, disabled players can actually game independently, which is not only good for them but also gives the people helping them a break. To put it bluntly, diskless gaming is probably the single most effective feature in making this generation more accessible than last generation.

Diskless gaming would not be possible but for built-in hard drives, but this feature definitely deserves its own spot on the list of things that this generation does right. Even though the original Xbox pioneered built-in hard drives, the fact that it is now an industry-wide standard is one of the best recent developments in gaming. Until the built-in hard drive, games were stored on memory cards, which meant that there was a separate component that gamers had to deal with in order to save their games. In most cases, especially if the system was used one, memory cards also had to be purchased separately. But all of this inconvenience doesn’t address the added problem posed for gamers with disabilities. If you had saves on multiple cards, you would have to switch them out in order to access the one you needed. Similar to the argument I just made for diskless gaming, built-in hard drives allow disabled gamers to be more independent by taking away the requirement to be able to manipulate the memory card component in order to access your saves. Also, it seems like the use of actual hard drives instead of memory cards or other removable media allows for more space to save games, which then in turn allows games to be bigger and better quality, because developers know that it is no longer unreasonable for a game to take up multiple gigabytes of space.

4. Hardware That Does More

The final item on this list is probably the most obvious. But this generation of hardware is just generally better than the last generation—better audio, better graphics, and more user-friendly, to name the most obvious features. The fact is that the gaming industry is ever evolving, and as a result, probably the biggest feature of the new hardware that makes it better than the old hardware is simply that it is new and developers have at their disposal better tools to create better games each time a new set of hardware is released. If anyone doubts this, just compare graphics on the GameCube to graphics on the Xbox 360. But in addition to the obvious improvements, these systems do more in other aspects too. Online capability and improved internal hardware mean that gamers can now watch Netflix through their systems or enjoy watching Blu-rays directly on the PS3. I suppose the simplest way to say this is that, with each generation of new hardware, the gaming experience improves. It becomes more immersive, and in most cases more inclusive—the one down side being that as developers embrace new technology each generation, they need to be careful not to eliminate the features that made the old hardware so fun and successful, and so accessible to those with disabilities.

One again, I welcome any comments on this post, because I legitimately think that there are things in both current and older generations that deserve to be recognized as good features, and I want to know what my readers think.