Four Things the Next Xbox Can Do to Be More Accessible 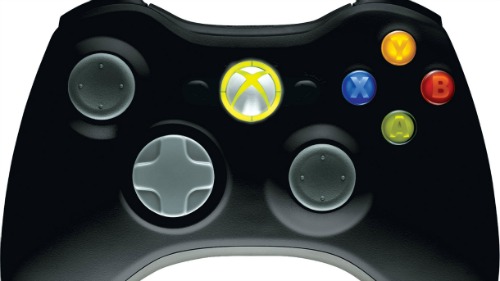 The Microsoft press conference is about two weeks away now, and anticipation is building across most major game news outlets. Most sites have multiple articles talking about what the next Xbox will probably feature and what it should feature. But everyone seems to be ignoring the accessibility angle. There are certain things that Microsoft can do to make the new Xbox even more accessible than the 360. Here are four of them.

One of the most common complaints from even non-disabled critics of the Xbox 360 is how crowded the user interface is. Most people don’t like the constant stream of ads, apps, and other widgets cluttering up their Xbox home screen. For visually disabled gamers, this makes the system even harder to access, since it requires the ability to distinguish between lots of similarly shaped icons in order to navigate the interface. It is true that one way to tell the difference is often the color of these icons, but gamers who are colorblind may not have this option. Also, if the icons have similar color schemes, players will have to rely on reading the names of the icons, which can be hard for low vision gamers. The bottom line is that if Microsoft hopes to make the next Xbox more accessible to the visually impaired, they have to come up with a home screen interface that is easy to navigate even with a sight disability.

2. The Option to Play Used Games

Even though the Xbox 360 does not prohibit players from playing used games, there are rumors that the new Xbox will implement this technique. And if they do, Microsoft will end up making the console vastly more inaccessible than current generation consoles. This is because buying used games (most of which have a return policy that is more forgiving than new games) is the only way that many disabled players can try games out without the risk of wasting their money. The reality is that when games are bought new, most cannot be return after their seals are broken. As a result, for many disabled players the only option is to buy a used game so that they have a window of time in which to return it if the game turns out to be inaccessible given their physical limitations. Although it is doubtful that the new Xbox will prevent players from playing used games, it cannot be stressed enough that the decision to do so would be a bad decision for the console’s accessibility.

3. Dealing with Motion Control Correctly
There are rumors that the next Xbox will push a greater degree of reliance on Kinect technology on players. While it is still possible to have a motion control component to a system and have it still be accessible to gamers who have disabilities, Microsoft has to approach this technology correctly. The worst thing they could do is make a system that requires motion control, like the Nintendo Wii. If they did, they would end up alienating a large segment of the disabled gaming market. The way they should handle it is as an option—an add-on for players who are interested in motion control. They need to make it so that gamers who can’t use the Kinect can still enjoy the new Xbox. If they don’t, there will be thousands of disabled gamers out there who won’t be able to enjoy Microsoft’s new hardware. The other thing Microsoft needs to do in regards to motion control technology is that they need to make sure none of the games that they release as upcoming chapters in popular franchises (e.g. Halo 5) rely solely on motion control. If they do, they’ll end up completely alienating disabled fans of those series in much the same way that Nintendo did when they chose to make Zelda: Skyward Sword purely motion control.

4. Customizable Controls
The last item is somewhat unlikely, but it would still be a major help to gamers with disabilities. If possible, Microsoft should make the controllers customizable outside of individual games. This would help make the system accessible because many times developers don’t put enough controller customization in individual games for players to find controller layouts that are comfortable. Ideally, the new Xbox would have a controller that was completely customizable to the player’s preferences regardless of whatever game they were playing. If Microsoft did this, games that were previously inaccessible for those with disabilities would become accessible because of the freedom to design controller layouts around players’ physical ability.

There are lots of other things Microsoft could do to make their new hardware accessible. But these four would represent a good start and a commitment toward game accessibility that none of the big three console developers have yet shown.