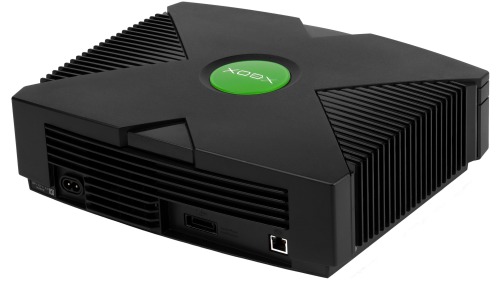 I woke up this morning a grumpy old man, bemoaning the good old days of last generation consoles. I’ve decided to indulge myself in my grumpiness and list four things that I really do miss from last generation.

I miss corded controllers not only for their nostalgia, but also for their accessibility. Wireless controllers are maniacally inaccessible, the reason being that if you are in a wheelchair and you drop them, you can’t just drive over to the console and use the cord to pull the controller back up. If you drop a wireless controller, you have four options: (1) find a new controller, (2) do something else, (3) get someone else to pick the controller up for you, or (4) use a service dog or other piece of assistive technology (if you have that option). The first option is bad because you always have to have more than one controller within your reach, and even then it’s a pain to have to go into your system settings and reassign your new controller as controller number one. The second option is just stupid. I’m using the controller to play a game—presumably that’s what I would like to continue doing. Option three is perhaps the easiest if you ignore the reality that slavery is wrong, therefore somebody may not always be there to pick it up. Last, and definitely not the prettiest, is the assistive tech option. I can’t tell you how many times I’ve died in a game because my service dog is trying to pick up the controller and has to jostle it a bit to get it in her mouth. More often than not, I end up running off a cliff or dying in some other newbish way while my service dog is picking up the controller for me. The same problem can be said for any other piece of assistive technology: these run the risk of pushing unwanted buttons, and thereby endanger your gameplay.

2. One price gets everything consoles

This next one is old-fashioned, I admit it. But I have been gaming for close to twenty years, and I don’t see much point in buying a system and then paying a monthly fee to get extra content. Don’t get me wrong, some of that extra content is worth it, especially in Sony’s PlayStation Plus program. But I still don’t see the point in paying a monthly fee to have the privilege of buying certain games at a discount. And, even more emphatically, I will never pay for the “privilege” of online multiplayer, no matter what the game is. The fact that I have to pay for an experience that has been integral to gaming since it’s very earliest days (and that had been free until Microsoft released Xbox Live) maddens me to no end. It may be worth it to pay monthly fees for certain features, especially if the service offers free games or special access to classic games. But I think paying a fee to enroll in a discount program is counterproductive, because even though the discounts may outweigh the initial cost of the membership, I’m probably not going to buy every single discounted game that my membership entitles me to. Bottom line: I still miss the days when you could walk into a store and walk out with a completely self-contained console—even if it did have to have a separate memory card.

3. An emphasis on split-screen gaming

On that same note, it seems a shame that split-screen gaming is not as popular as it was in the previous generation. Video games are a social medium, not simply a competitive one. And I think that such a focus on online gaming takes away the social aspect of games and focuses purely on beating other players, since it is very unlikely that player will begin friendships with people they meet in online matches. It’s not impossible, but it is not likely either. Think about it. When was the last time you got together with your buddies and made a night out of a game like Halo or Call of Duty? Most of that kind of stuff is now done online. And let’s face it—while gaming with someone in Singapore may give you the opportunity to get to know someone who is across the planet, how many of us will actually strike up a friendship with someone whom we only know as DarkMushroom445? I can see it now. My inbox will be flooded with angry emails saying, “Split screen setups made games hard to play!” But that was part of the experience. In fact, that’s my point. Online gaming seems to take all the external fun out of multiplayer gaming, and only allows players the experience within the game. But there is so much more to gaming! I, for one, miss the days when you and your buddies would pile into a tiny dorm room and spend half the night blowing each other up in James Bond, and then forever after tease each other because one guy shut out the other three in a twenty kill death match, just by using Odd Job’s hat.

I would be surprised if I were alone on this last issue. But the fact that the new Fire Emblem will be released on day one with paid DLC is ridiculous. Why can’t we have games that are complete by themselves? Why do we need to have all this extra content? I, for one, don’t spend fifteen more dollars after I buy a sixty dollar game. I want to move on to the next game, even if the DLC is for a game that is one of the best. And even more irksome is the practice that game companies have of releasing pointless DLC, such as extra characters in Mortal Kombat or new maps in Halo 4. I have no desire, personally, to see Freddy Kruger beat up Sub-Zero in a no-holds-barred Mortal Kombat match. And I’m not going to spend fifteen bucks on characters such as Rain and Skarlet who could have just been included in the main game. It just seems like most DLC is a cheap money grab rather than a concerted effort at improving games. I wish that instead of releasing DLC—even good DLC—developers would focus of giving us new and exciting IPs rather than just giving us little side missions to buy and add on to existing games.

I’m very interested to see our readers’ responses in the comments below. But just in case our readers are afraid that I am becoming a crusty old curmudgeon, there will be a counterpoint to this article in the coming weeks.