Five Features I Want to See in Next-Gen Consoles 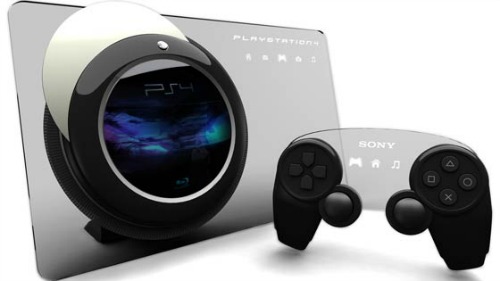 The general consensus in the video game industry is that 2013 will see the release of both Sony and Microsoft’s next generation of gaming hardware. If that is the case, there are five features which I think would not only make the systems more accessible, but also just improve the quality for every gamer regardless of their physical condition.

Even though this feature is already implemented in most systems, it still deserves a spot on this list because without it disabled gamers who do not have the fine motor control to put games into consoles are at a loss. The ability to play a game either by downloading it from an online service like the PSN or by installing the entire game on the system’s hard drive means that gamers who do not have the ability to manipulate disks and the cases they come in can still enjoy games without having to rely on somebody else to set them up. However, a prerequisite for this feature is that the next generation of consoles release with hard drives that are big enough to contain full installs of games no matter the size of the game and without compromising the system’s performance.

2. Text-to-Speech Interface
This feature is already implemented on PCs, but it would be nice to see it installed in the operating systems of the next generation Xbox or Playstation. If there were an option to have the system read out whatever menu or piece of text was selected, this would go a long way towards making the game more accessible to the sight impaired, since it would allow a player to navigate the main interface without needing to be able to see the font on the menus within the hardware. This would be especially helpful given that many gamers even without a disability have trouble reading the text within the system, simply because it is too small. This would also make it possible for gamers to use a smaller TV without having to sit virtually on top of it.

3. Adjustable Fonts
Another feature which would help in similar ways is adjustable fonts. If players had the ability to adjust both the font size and color, it would ensure that, no matter if a player was visually impaired or simply just sitting at a distance from the TV, they would always be sure to have readable text within the hardware’s operating system. Again this would be a feature that would not only help disabled gamers, but the entire gaming community, since I have had lots of people comment on articles that I have written that reference this issue. These commenters say that they are not disabled but that they still cannot read the font that the system displays. Furthermore, this seems like one of the easiest steps to take, and it would make each console that implemented it more user-friendly to a broader audience.

4. No Exclusively Motion-Controlled Systems
I cannot stress this one enough. Last generation it was extremely discouraging to realize that I had been cut out of many of the most popular Nintendo franchises, simply because they were exclusively based on the Wii’s motion control system. I am not advocating that we get rid of motion control all together, but rather that it is made an option and not the norm. This will ensure that the next generation of games can be equally enjoyed by everyone no matter what their physical abilities, and it will also ensure that gamers who have in the past relied on games to provide escape from their disability will be able to rely on gaming in the future as well.

5. Remappable Controls within the Hardware Itself
I’ve saved the best and (unfortunately) least likely to be implemented for last. If the new set of hardware from Sony and Microsoft included the option to map any function to any button, millions of disabled gamers would rejoice. That way, no matter what the game, a disabled player would always have the option of configuring a control layout that is more accessible to them. It would also take the strain off developers, since they would not have to create separate control schemes in games. But unfortunately this is just dreaming. But hey—at least you can dream, right?

Even though some of these features are already available in current generation consoles or PCs, if even some of these were implemented into Sony or Microsoft’s next consoles, it would ensure a better and more accessible gaming experience for everyone.