Fighter Within Bringing The Beatdown To The Xbox One 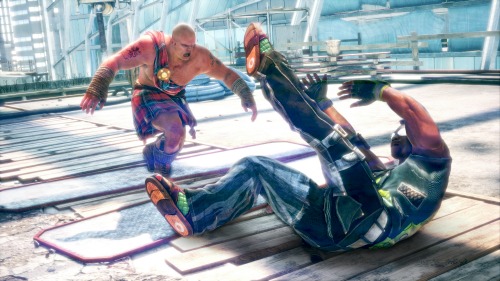 Kinect based exclusive Fighter Within by Ubisoft, a launch title for the Xbox One on November 22, 2013, released a new trailer that you can view here. The game is touted as the first fighting game for the next hardware generation.

Fighter Within is not Ubisoft’s first foray into Kinect based fighting games. For the Xbox 360 Kinect, Ubisoft has released a bevy of Kinect fighters that include Fighters Uncaged in 2010 as well as work out games with a fighting focus such as Self Defense Training Camp that released in 2011. Additionally, Ubisoft has released workout Kinect games, most notably the 2010 and 2012 releases of Your Shape Fitness Evolved and Your Shape Fitness Evolved 2012.

Ubisoft’s participation in the Xbox One’s launch is no surprise given Ubisoft’s recent involvement with the latest in video game technology. In the fall of 2012, Ubisoft was ready at the Wii U’s launch with the exclusive ZombiU that took advantage of the Wii U’s gamepad. Meanwhile, Ubisoft recently released Just Dance 2014 across all current consoles, and the game will be a launch title for the next generation utilizing motion control technology across all consoles (Wii remotes, Kinect, and Move).

The Fighter Within trailer shows gameplay but not how the player is required to move their body as per the motion controls required by the Kinect. Current generation Kinect games have been criticized for lag and unresponsive controls.

Motion control gaming, especially extensive body commands rather than limited commands from the Wiimote or Move, are an inherent obstacle for fine motor control disabilities. Exactly what movements and level of precision that the game requires as well as the game’s responsiveness remain unknown. As a new IP on a new generation much about the gameplay itself remains unknown and new technology has not historically carried over accessible features in its initial iterations. Many questions remain, including, “Why is that one fighter wearing a kilt for a fight?”