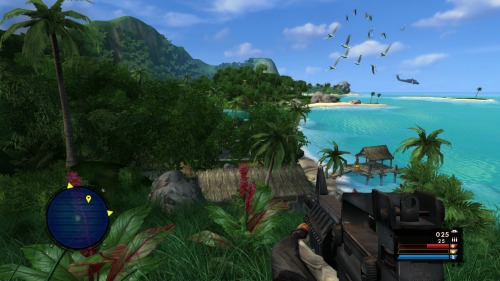 Ubisoft has announced upcoming re-releases for two of its most popular franchises, the Far Cry Compilation and Assassin’s Creed Liberation HD.

In celebration of the Far Cry franchise’s ten year anniversary, the Far Cry Compilation drops on February 11, 2014, on the PlayStation 3 for $39.99. The games included are Far Cry 2, Far Cry 3 and Far Cry 3: Blood Dragon. Far Cry 2 is a digital remaster of the original that includes all released patches. Each game includes all modes – single player, multiplayer, and co-op – that were originally featured in the title.

Assassin’s Creed Liberation HD releases digitally on January 14, 2014, on the PlayStation 3, Xbox 360, and PC. The HD graphics are on display in the image above, showing a comparison of the remastered graphics against the original Playstation Vita release. Assassin’s Creed Liberation is a spinoff of the Assassin’s Creed III universe and features the first playable female assassin, Aveline, in colonial New Orleans. The game is priced at $19.99 and gives gamers without a PlayStation Vita the opportunity to play another entry in the franchise on consoles.

We will see how the port addresses the game’s Vita specific controls.

For disabled gamers who struggle with the PlayStation Vita’s unique controls, namely the back touchpad, the HD console/PC port of Assassin’s Creed Liberation provides access to a wider variety of control schemes. How the PlayStation Vita controls are adapted to the port remains to be seen.