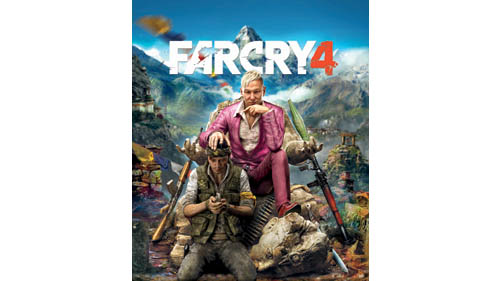 Ubisoft has announced and dated the next entry in the wildly popular Far Cry series. Set in a wild region of the Himalaya’s, Far Cry 4 allows players an immersive first person action shooter experience against the backdrop of a beautiful mountain environment.

Players can pre-order the game on all major systems, and if they do they will receive a complimentary upgrade to the limited-edition of Far Cry 4 which features the mini-campaign, Hurk’s Redemption, featuring fan favorite characters from Far Cry 3, as well as additional equipment and weapons that can be used in the game. Far Cry 4 has been set to release on PC, Xbox One, Xbox 360, PS4, and PS3.

Open world games always provide unique challenges and boons for disabled gamers. Historically, DAGERS has found the Far Cry series to be a fairly accessible open-world franchise, and with the game already touting an impressive array of weapons and vehicles, and the ability to “write your own story”, Far Cry 4 promises to be a game that accommodates multiple play-styles and player limitations.