Facebook To Acquire Oculus VR For 2 Billion US Dollars 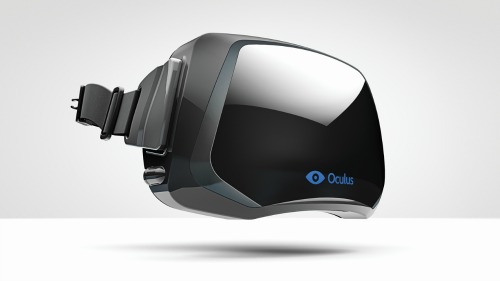 For a price of two billion US dollars, Facebook is acquiring the gaming industry’s darling and Kickstarter sensation, Oculus VR, the company behind the Oculus Rift.

While far below the $19 billion Facebook recently paid for WhatsApp, a social media app mostly used outside of the United States, the acquisition and price tag of Oculus VR suddenly thrust unreleased virtual technology that’s not well-known outside of the video game industry into mainstream technology’s spotlight.

“At first glance, it might not seem obvious why Oculus is partnering with Facebook, a company focused on connecting people, investing in internet access for the world and pushing an open computing platform. But when you consider it more carefully, we’re culturally aligned with a focus on innovating and hiring the best and brightest; we believe communication drives new platforms; we want to contribute to a more open, connected world; and we both see virtual reality as the next step.”

This sentiment was echoed by Facebook’s Mark Zuckerberg who envisions the Oculus Rift’s long term impact not necessarily in gaming but as a technology that fundamentally alters how people communicate. Mr. Zuckerberg expressed his vision stating:

“But this is just the start. After games, we’re going to make Oculus a platform for many other experiences. Imagine enjoying a court side seat at a game, studying in a classroom of students and teachers all over the world or consulting with a doctor face-to-face — just by putting on goggles in your home.”

The full text of Oculus VR’s and Mr. Zuckerberg’s posts are available here and here.

Facebook asserts that Oculus VR will continue operating independently to deliver a virtual reality gaming experience with second generation development kits shipping to game developers in July 2014. However, the gaming industry’s response to the acquisition is mixed. Most notably, Markus “Notch” Persson cancelled a deal for an official release of Minecraft on the Oculus Rift. Mr. Persson reasoned that while virtual reality’s best application may be in social communication, he prefers partnering with companies that shares his focus on gaming. His full explanation is available here. Mr. Persson’s juggernaut Minecraft franchise is a loss for the Oculus Rift as a virtual reality headset that must convince the public to adopt the virtual reality technology which has a history of not being suitable for home use.

Oculus VR’s acquisition is on the heels of Disney purchasing Maker Studios for $500 million, whose portfolio features popular YouTube gaming channels including the well-known PewDiePie and TotalBiscuit. Disney’s previous acquisition of LucasArts brought the Star Wars’ video games within the Disney franchise as well.

Alongside the overall gaming industry, disabled gamers are sorting out our feelings about the gaming industry’s virtual reality sweetheart being swept into Facebook’s fold. The acquisition of Oculus VR by a company as large and mainstream as Facebook. Facebook’s additional resources are now available to the development of the Oculus Rift which is most likely a benefit for disabled gamers.

Virtual reality remains a technology that has never successfully crossed into common public consumption other than the occasional arcade game. New and unproven technologies traditionally struggle with considering and providing accessible features due to a focus on simply proving the value of the technology to the mainstream market. Facebook’s long term focus that the virtual reality technology is made available to as many users as possible coupled with Facebook’s vast resources potentially provides the Oculus Rift with disability accessibility considerations that weren’t previously present.