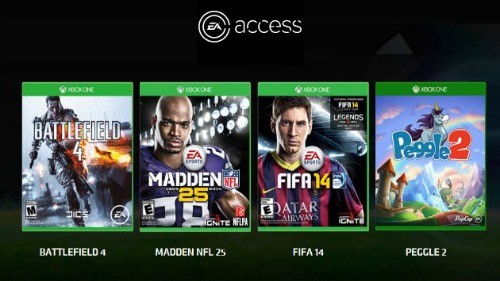 EA Access launched in August 2014 for the Xbox One. The app gives players early access to EA games, discounts on EA digital purchases, and access to The Vault, a rotating collection of EA games. EA Access is available for $4.99 a month or $29.99 yearly.

September brings trials for NHL 15 and FIFA 15 as well as the addition of Need For Speed Rivals in The Vault alongside the current collection of Battlefield 4, FIFA 14, Peggle 2, and Madden NFL 25.

Additionally, in September EA Access will become available to 19 new countries in conjunction with the Xbox One rolling out into 29 new territories throughout the month.

EA Access is an interesting premise for an affordable price. For disabled gamers the app’s most promising feature is the game trials. Rather than offer a contained demo, the six hours of unrestricted access for NHL 15 and FIFA 15 gives disabled gamers a full sense of whether or not the game meets their disability related means as opposed to no hands-on playtime or a limited demo. However, the trials will vary from game to game and future trials could only provide access to a single game mode.

Additionally, The Vault allows disabled gamers firsthand game time with a collection of, albeit older, titles that provides the opportunity to experience the full game before purchasing.