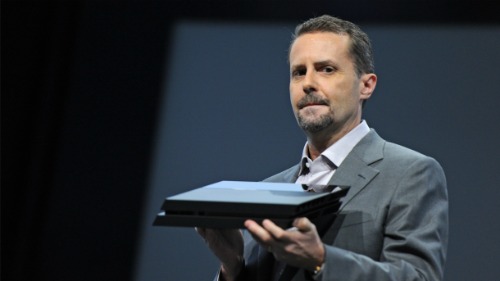 Sony delivered the final press conference of E3 2013, and they did not disappoint. It was full of big game announcements, juicy sneak peeks, and news about the company’s new hardware. Experts have been talking all week about how Sony won E3 with this display. But how do they fare from the standpoint of accessibility?

For starters, nothing particularly groundbreaking was revealed about the games that Sony is releasing that would impact them from the standpoint of accessibility. Assassin’s Creed IV: Black Flag gameplay revealed that Ubisoft is sticking with the standard formula. This means that the game’s accessibility will be dictated by its controls, subtitles, and how forgiving its gameplay is—none of which were displayed in the Sony demo. Similarly, the Watch Dogs demo showed more hacking and gunplay, but nothing that would affect accessibility.

But Sony did announce a lot of details about the PS4 that directly impact its usability for disabled players. For starters, Sony president Jack Tretton came out and emphatically stated that the company embraced the current retail model, meaning that Sony wasn’t going to impose any new restrictions on the used game market. This is good news for disabled gamers, since they will still have the freedom to buy a used game, try it out, and return it if it turns out to be inaccessible. Similarly, Trenton also revealed that the PS4 won’t require an internet connection to play single player games. This is in direction contradiction to Microsoft’s now-redacted policy that would have required an online authentication every 24 hours for gamers who want to use their system. This removes one possible point of failure for the system that would have made it less accessible to gamers who don’t have the ability to troubleshoot their internet connectivity.

These two features by themselves would already give disabled players lots to cheer about concerning the PS4’s accessibility. But when you combine that with the fact that Sony did not display any motion control gaming, gamers should be even happier. In contrast to Microsoft, Sony seems simply to be using their Move camera as an option rather than an integral part of the system. Therefore, it is very unlikely that we will see many games that have standard controls combined with motion controls.

I feel bad that I can’t go more into depth about Sony’s press conference from the standpoint of accessibility, but in this case I think what Sony didn’t say is more impressive than what they did say. It is clear that Sony is building a system to satisfy the traditional core gamer. This means that they will focus more on traditional controller-based technology rather than bells and whistles such as motion-based and voice recognition technology. In addition, given the fact that Sony has come out and said that they not only are allowing used games but believe in the current retail model and the right of the consumer to use a disc however they want, as well as the acknowledgement that not everyone wants to play games online, it becomes very clear why Sony’s E3 press conference was perhaps the most disability friendly of all the E3 showings.