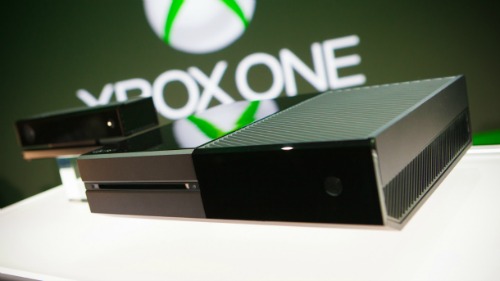 The Xbox One was physically revealed Monday at E3. With it came a host of information about new games and hardware being put out by Microsoft. Unfortunately, from the standpoint of accessibility, Microsoft comes in dead last of all the companies to hold press conferences at this year’s E3.

To begin with, the very first game they showed at their E3 press conference, Ryse: Son of Rome, had more than twenty-five quick time event cues in the four minute demo that they showed. This shows that, at least for this studio, it’s business as usual and no thought of accessibility. Even though these quick times events were optional, it reminded one so much of the QTEs in Sony’s God of War series that it would be hard to image that this game wouldn’t be fraught with other types of non-optional inaccessible QTEs. This by itself is simply an unpromising start to Microsoft’s new hardware. Thankfully, however, this is only one game out of hundreds that will appear over the console’s lifecycle.

When you combine what was learned at the press conference with what is known about the Xbox One hardware itself, the picture of Xbox One’s accessibility becomes much clearer—and a very bleak picture it is. To begin with, the system requires that players be hooked up to the internet so that they can authenticate their system at least once every 24 hours. As a result, if the internet in your house goes out for a day, your shiny new $500 system turns into a Microsoft branded Blu-ray player. This means that players with disabilities who cannot check their internet when it goes out will have to rely on able-bodied players to reconnect the cable, reset the router, etc. As a result, this takes away a crucial aspect of independent gaming for the disabled. Thus, the best way for a lot of disabled players to use the Xbox One is to play only when they know they can have an able-bodied, tech-savvy friend come over within 24 hours.

Even worse is what Microsoft is doing with the Kinect. In a demo during their press conference, we saw a player use her controller to fire a gun while she leaned from side to side, peeking out of cover. They can use the Kinect to augment the control schemes of games because the Kinect 2.0 is so much more accurate than its predecessor. But it still raises the question: How am I going to play Halo as a disabled person if, for example, the way I activate my energy shield is by raising my arms? Many disabled people don’t have the reflexes and reaction times to make something like this effective—not to mention those who don’t have the ability to move more than their hands and fingers.

The final straw for the Xbox One, both for disabled and non-disabled gamers, is the fact that it will damage the used game market. The understanding is that if a player wants to buy a used Xbox One game, they will have to buy a license from some publishers. The price of the license plus the price of the used game will probably equal the price of a new game. This removes the incentive for gamers to trade in used games, which in turn removes the incentive for retailers to sell them. And since many disabled gamers rely on being able to return used game that happen to be inaccessible, it is difficult to see how they would be able to cope with a system in which they had to buy every game new and risk wasting money.

On the whole, Microsoft’s E3 showing and the information revealed leading up to it may have been impressive to the average gamer, but disabled gamers should be very concerned about the policies the company is employing for their new hardware and how they inadvertently exclude many gamers with disabilities.