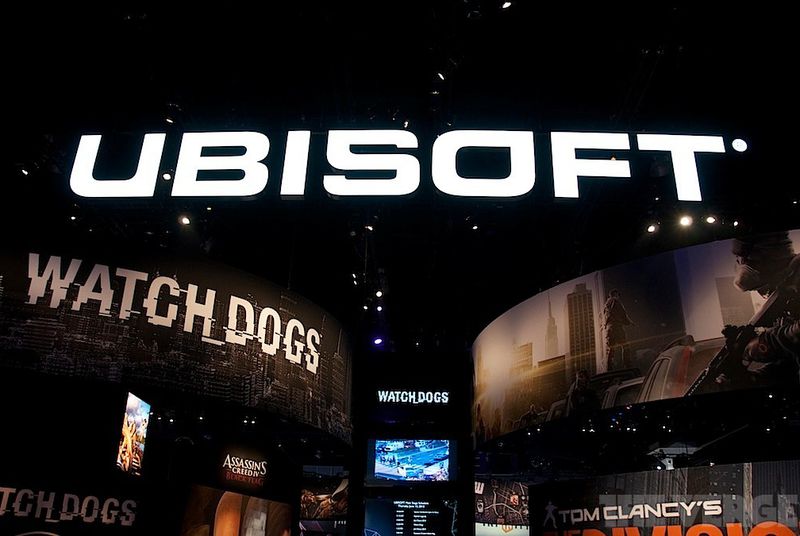 Ubisoft gave the best press conference I can remember them giving since I started covering E3 in 2012. Rather than focusing on gimmicks, the conference seemed mostly focused on demonstrating actual gameplay of upcoming games even though there was still an awkwardly timed celebrity cameo that left most in the audience scratching their heads. As a result, there are a few upcoming games we can analyze for accessibility because of the good job Ubisoft did at this year’s press conference.

The conference opened with an awkward announcement of a new South Park game, but since very little is known about this one, we’ll move on to the first new IP they announced. For Honor seems to be a Dynasty Warriors like game with multiple Medieval settings that allow players to play as Vikings, Crusader knights, or Samurai. The game surrounds you with hordes of squishy enemies you can plough through with brutal melee attacks along with enemy hero units that can be played by other human players. Everything about For Honor seems to indicate that it will be reasonably accessible assuming they follow the same form established by Koei’s blockbuster franchise.

Ubisoft went on to talk about the expansion to their racing MMO, The Crew, which was not heavily detailed, but it is fair to say, that by increasing the amount of content in a game, you are giving players more options, which is a good thing for those of us with disabilities. All we know is that The Crew: Wild Run gives players access to off-road vehicles such as dune buggies, monster trucks, and rally cars.

Developers also surprised everyone by unveiling a new Trackmania game, which seems to give players a faster paced, more arcade styled racing experience as opposed to Forza and Grand Turismo. One of the neat things is that there will be a literally endless amount of content since players will be able to generate new completely random courses and tracks, ensuring loads of content for fans of the game.

Another unexpected title Ubisoft talked about is the next entry in the popular city building series, Anno. Anno 2205 tasks players with leaving earth and colonizing the moon. Little of the gameplay is shown, but Ubisoft would do well to follow the lead of Maxis’s Sim City reboot which included extensive colorblind modes in order to ensure visual accessibility.

It seemed like the majority of the conference was dedicated to Ubisoft’s various Tom Clancy IPs. Viewers were treated to new gameplay from The Division which showed a PvE environment of the massively multiplayer game in which players can choose at any time to turn on their own teammates toward their own ends. In addition to The Division’s Dark Zone, viewers also got a look at Terrohunt, a new coop vs AI mode for Rainbow 6 Siege. This demo gives us even more evidence that Rainbow 6 Siege will be one of the more accessible shooters upon its release. Additionally its emphasis on a fully destructible environment will allow players to find paths around or through troubling enemies. A beta is also coming for Rainbow 6 Siege, September 24 which will allow players to determine its accessibility for themselves prior to release. The show ended with the revealing of a brand new installment of Ghost Recon. Ghost Recon Wildlands gives players the opportunity to play as a stealthy squad of, as of yet unnamed, good guys hunting down various drug cartels throughout the globe. The demo emphasized a massive open world as well as multiple approaches with which to execute missions. Such freedom seems to indicate a first person shooter experience that may be able to flex to the needs of most disabled gamers. We’ll have to see as more news about Wildlands is forthcoming.