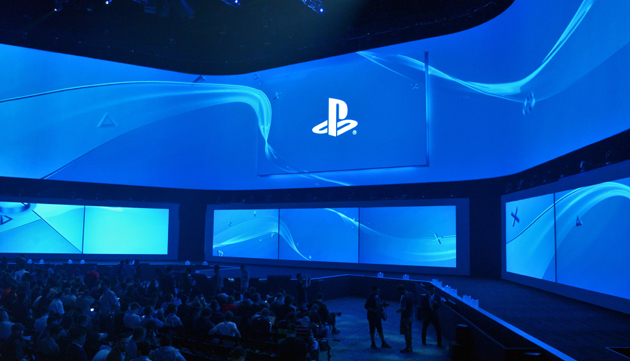 Sony wrapped up yesterday’s press conferences with an hour and a half long expo of the upcoming games for the PS4.  A good majority of this year’s press conference seemed devoted to the idea of giving fans exactly what they want. Sony went on to demonstrate the technical prowess of their games, but from the standpoint of accessibility, is there anything that disabled gamers with Sony hardware can look forward to it?

To begin with, Sony opened the show with an extended gameplay demo of the long awaited Last Guardian. This is an introspective, artistic, puzzle-platformer, in which players control a human-boy, and a giant dog-like creature as they maneuver around a beautifully realized world. From the on-stage demo, what we can say is that the game doesn’t seem to rely on sound to communicate story, since all of the “dialogue” shown was unintelligible, even to those who could hear. Rather, the game uses subtext to communicate vital story information. Similarly, what we saw of the art-style, seemed to be visually accessible, making both your character, and the creature you are controlling easily stand out  in game.

Guerilla Games also unveiled a brand new IP called Horizon Zero Dawn, but because little was shown beyond the fact that players are tasked with hunting robotic dinosaurs, we’ll have to wait and see if this title has anything to offer for disabled gamers.

The unveiling of a new Hitman is good news for those with impairments, since the stealth-based franchise has typically been one of the most flexible third-person shooter experiences on the market, and if previous games are any indication, this newest story of Agent 47’s, should be at least thoroughly accessible.

For those fighting fans amongst us, you’ll be happy to know that Street Fighter 5 is coming exclusively to the Play Station 4. Players will be given the opportunity to have beta-access when they pre order the game, which gives them the option to test out it’s accessibility, before committing to buy.

Last year, one of the most striking titles to come out of E3 was No Man’s Sky, a space exploration game that gives the player the opportunity to explore thousands of planets across a gargantuan universe. This title was live-demo’d at Sony’s press conference this year, and showed off the games sheer size and flexibility, which indicates that the game will have something to offer, even for those of us with impairments.

A less accessible indie game that was debuted was the imaginative Dreams, which gives players the ability to create and animate anything that they can think of. The problem is that the game seems to rely on motion controls in order to manipulate and create objects. Players with fine-motor disabilities will almost definitely be excluded from enjoying the world of this newest title from Media Molecule.

One of the biggest announcements was that we are indeed getting a fully remastered remake of the hit game, Final Fantasy 7. What this means for disabled gamers is that they will have access to a turn-based strategy game that has already gone down in history as one of the best games ever made.

Call of Duty: Black Ops III is coming to PS4 and fans of Sony’s hardware will get to play the DLC first. In addition to a Playstation Exclusive Beta that will be launching this August. Again we have a situation where disabled players will be able to try out a game before actually committing to buy, for the cost of pre-ordering the title at local retailers. One of the highlighted features of the new Black Ops is the flexibility. Apparently in this newest title players will have more control over the weapons and gear that their character uses in the single player campaign. In theory this should allow disabled players to create a more customized experience that helps eliminate any physical barriers that they may have to accessing the new CoD.

The show closed with a live demo of the newest game from Naughty Dog, Uncharted 4: A Thief’s End. I am a big fan of this studio in particular, but I have to be honest and say that the game looks only partially accessible at best. During the demo, there was at least one Quick-time event and a driving sequence that seemed to be very unforgiving, and require accuracy and quick-reflexes.  I’ll still pre-order the game, but I don’t expect A Thief’s End to be very accessible.