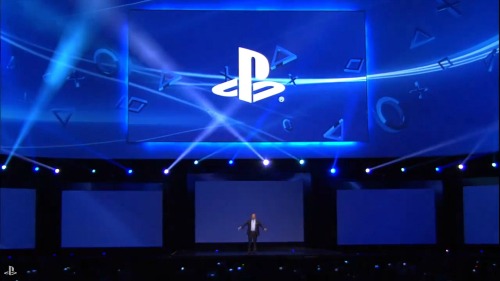 By far the biggest press conference at this year’s E3 was put on by Sony. The masterminds behind the PS4 did not disappoint this year, with some surprising announcements more details on some upcoming blockbusters and a focus on other media that some commentators think was misplaced.

To begin with, some of the best news to come out of E3 this year is that two of the most accessible games DAGERS has ever rated are coming to the Playstation 4 this year. The 2013 DAGERS Diamond award winner, The Last of Us, is being remastered and rereleased to take full advantage of the PS4’s advanced hardware. The game will come bundled with all the released DLC as well as a gorgeous new look, thanks to a bottom-up focus on building the game for the Playstation 4.

Diablo 3 is also coming to the Playstation 4, bundled with all of it’s DLC and features special PS4 exclusives that are an homage to The Last of Us. These are special Clicker and Bloater enemies and a special PS4 only Last of Us themed dungeon.

Another rerelease coming to the PS4 is the wildly successful Grand Theft Auto 5. While its not as accessible as other titles being rereleased on the PS4, it is nice to see it get the full treatment it deserves.

In addition to rereleases, Sony also focused a fair bit on non-gaming media, announcing a new show, Powers, that will be available to all PS+ members for free. The show follows the events of the comic book of the same name, and actually seems like it will be interesting for fans of procedural cop dramas and superheroes.

Sony also showed a trailer for the upcoming Rachet and Clank movie which promises to be a good time for both gamers and movie goers alike.

Along with non-gaming media, Sony also gave us more game trailers than we could digest. To satisfy the zombie fans, they showed a trailer for an upcoming Dead Island sequel, as well as their new IP, Blood Born.

They also surprised fans by airing vignettes related to the future of two cult classics that haven’t been heard of in several years, Tim Schafer’s Grim Fandango is being remastered and brought to the PS4, and Magicka is finally getting a sequel.

In the areas of DLC, Infamous Second Son is getting some content related to the character Fetch. Additionally, Disney has signed a contract with Sony to bring the Hulk exclusively to Disney Infinity on the PS4, along with other Marvel characters.

Some of the biggest announcements at this year’s E3 conference didn’t show gameplay at all, but rather showcased extended trailers, or highly cinematic demo reels. For example Metal Gear Solid V: The Phantom Pain got a spine chilling music video using in-game cinematics and Kojima’s signature directing style.

There were two more obscure games to get trailers on the stage at this year’s E3. One was Let it Die from Suda 51, which looks like a cross between Mortal Kombat and Splatter House, and the other, Abzu, is an underwater platformer from the makers of Journey.

However, the two trailers I was most excited for were an exceedingly gore-y Mortal Kombat X trailer, which features a demo reel of fatalities and fighters, and the long awaited title Uncharted 4: A Thief’s End. None of these above mentioned trailers did much to show their games’ accessibility, but DAGERS will keep you updated in the coming months as more details about gameplay are released.

The games that we can talk about are the ones with full-on demos. The first one of these was the always imminent Destiny. While Sony didn’t show any actual gameplay, they did reveal that an open beta would begin July 17th, which will give disabled players the opportunity to try this console based MMO before it actually releases.

The first real demo that we got was The Order: 1886, this dark and haunting game is sure to appeal to survival horror and steampunk RPG fans, but the truly impressive thing was how seamless the transitions were between gameplay and cinematics. Even better was the fact that the QTE’s featured in the demo were simple button presses rather than forcing the player to press buttons repeatedly.

Little Big Planet 3 got one of the biggest demos at Sony’s E3 Press Conference, and it was good news for disabled gamers. While the Little Big Planet franchise has always been an enjoyably laid back romp through an unforgettable world, the fact that there was only one playable character, Sack Boy, meant that there was only really one solution to any given puzzle or problem in the game. Little Big Planet 3 will offer players a choice between four characters, the classic Sack Boy, Oddsock (a speedy quadraped), Toggle (a character that can change size and weight at will), and Swoop (a bird that can pick other characters up and fly them around the map.) This new way to play means that the Little Big Planet experience will become more flexible, and more accessible for disabled players, which is good news because it is already barrier free from the standpoint of auditory and visual accessibility.

Ironically, the FarCry 4 demo that I mentioned during the Ubisoft press conference, was actually shown during the Sony press conference. Whoops! But it still showed the player liberating an outpost from baddies using a myriad of weapons and a herd of enraged elephants, this highlighted the flexibility of FarCry 4 which is a good thing for gamers with all disabilities, since it allows them to use a play style that compensates for any barriers they may face.

I had never heard of No Man’s Sky until it took center stage at the E3 press conference, but it honestly looks to be both incredibly fun and accessible. It’s a first-person exploration game where players can get in shipsand fly between planets and explore them. The developer has emphasized that the world is infinite, which seems to indicate some kind of persistent set-up. Regardless, a game with that much content and that much flexibility should be accessible but disabled gamers will have to wait until more details are revealed.

The last major demo was for a new Batman Arkham game. Arkham Knight showed off its gliding and driving mechanics in an extended preview leading up to an unseen altercation with The Penguin. Unfortunately, the Batman Arkham games have been becoming less and less accessible with each new title. I only hope that RockSteady bucks this trend and makes a game that we all can enjoy.

On the whole, I think Sony is in the best position of all of the presenters at this year’s E3, they have a slew of games across all Genre’s, which means that no matter what your disability, you should be able to find something you can play under the Sony umbrella.