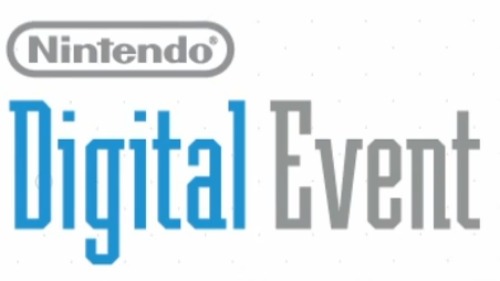 Nintendo wrapped up this years string of E3 events with their annual E3 Nintendo Direct. They did a better job than other presenters at actually showing gameplay. As a result, even though it was one of the shorter events, there’s enough there to make some serious assumptions about the accessibility of upcoming Nintendo titles.

For starters, Nintendo detailed a new feature coming to the wildly popular Super Smash Bros franchise, customizable Mii fighters that allow players to design characters around their Mii’s, and the Mii’s of other players. Ever wanted to have Fox McCloud in a no holds bars match against Abraham Lincoln? Well, now you can do that. While this may not seem like a big change, for disabled gamers it allows a level of customization hither to unheard of in the Super Smash Bros franchise, since when creating a Mii fighter, players can choose between one of three styles and a large combination of available moves. During the press conference, Nintendo said that one user created Mii fighter has the flexibility of nine regular Super Smash characters combined. As a result, a game that has been characteristically inflexible will offer players the opportunity to tailor characters to their own needs.

Next came an extended demo of Yoshi’s Wooly World, and while the controls and fine motor accessibility weren’t on display, it is clear that a cute handmade yarn art style and the interchangeable use of color common to the Yoshi franchise are present in this newest title. As a result, Yoshi’s Wooly World seems like it will be reasonably accessible for the visually impaired, and since Nintendo has never used much in the way of actual voice acting, players with hearing disabilities can expect this title to be barrier free as well.

Captain Toad: Treasure Hunter looks like it will be a small downloadable game available via the Nintendo E-Shop. It takes the principle behind one of the mini games in Super Mario 3D World, and turns it into a full-fledged game. Unfortunately because it is unclear how the game will use the Wii-U’s gamepad, we don’t know whether Captain Toad will be accessible or not, beyond the fact that it probably won’t rely on sound, and that the visuals will be overstated like the rest of the Mario franchise on the Wii U.

Not much can be said about the new Zelda, since all that was debuted was a cinematic trailer. It looks gorgeous, and visually accessible. Beyond that, disabled players will have to wait for further details.

Bayonetta 2 and Hyrule Warriors both exhibited significant amounts of gameplay during the Nintendo event. They both look like frantic fighters, the difference is that Hyrule Warriors looks more forgiving, given that it’s a simple hack-n-slash in the vein of Dynasty Warriors, while Bayonetta 2 looks like it will require more precision, and is more akin to the Devil May Cry series. However, both series seem to be visually accessible, and feature some amount of customization.

Kirby and the Rainbow Curse is a new platformer coming out for the Wii U, and beyond the simple announcement trailer, not much was shown. However, the game will probably not have much in the way of a story, which means it will be accessible for the hearing impaired and it seems to use overstated visuals which is good news for the sight impaired as well.

Unfortunately we can’t say much about the Xenoblade Chronicles X, because all they showed was a cinematic trailer that mostly featured mechs and character dialogue.

Mario Maker is another game that looks like it will be a smaller title available from the Nintendo E-Shop. This allows players to take classic Mario levels and redesign them in whatever way they want. This offers an interesting opportunity for disabled gamers because not only will it not rely on sound, but it will also mean that gamers can choose the way the game looks, and how punishing the game is, as a result this will be a must have for any disabled Mario fans. The only thing to be wary of is that the game is stylus controlled, and it’s not clear how precise you will need to be, and whether or not gamers can use the gamepad without the stylus.

Nintendo wrapped up the major announcements at their event with an extended look at their new IP, Splatoon. This unique third person shooter offers players the opportunity to pit squads of squids against each other with unique interactions like morphing from a biped who fires ink into a squid who moves through the ink they just fired.

Usually games like this would be known for their visual accessibility, and Splatoon looks like it uses easy to see visuals, however it  seems to be heavily reliant on the ability to see color. Beyond that, little is known for hearing impaired, or fine motor impaired gamers, but it definitely is a title to look forward to in the upcoming months.

On the whole this Nintendo Direct was good news for disabled gamers since it seems like the company is not trying to innovate in ways that will make games less accessible, and yet is still bringing us new and exciting spins on old classics, as well as next gen original IP’s.