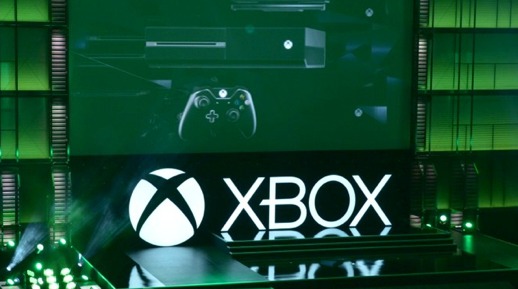 Following what is known in the industry as a PR nightmare last year, Microsoft’s 2014 press conference delivered one thing, and one thing only: games, wall-to-wall games. While there are some key pieces of information missing that would help disabled gamers understand the future of accessibility on the Xbox One hardware, there is enough that disabled Xbox gamers should be relatively encouraged by some of the things Microsoft is doing.

To begin with, at no point did Microsoft use the word Kinect. The motion control hardware wasn’t even mentioned when talking about a new Dance Central title. The fact that this hardware is completely absent from the biggest Microsoft event  of the year, is perhaps bad news for motion control enthusiasts, but is good news for disabled gamers since Microsoft seems to shifting its focus away from inaccessible motion control gimmicks.

As far as actual games go, most of what we saw looked accessible to at least some disabled gamers. Microsoft lead the conference off with an extended demo of Call of Duty: Advanced Warfare, the impressive thing about the demo was the level of gameplay flexibility that seemed to be represented. For example, at one point during the battle the player on stage pulled out his grenade, and cycled through settings. The grenade he ended up using was smart, which seeks out the nearest enemy when thrown. As Call of Duty shifts away from realism and more into the Sci-Fi realm, the odds are that games will get more and more accessible because of new features that focus less on realism, and more on playability.

The next game they revealed is a new Forza title, and while it is clear that a new level of photo-realism is possible, on the Xbox One hardware, which could affect visually impaired gamers, Microsoft didn’t show gameplay, so that’s all we can say for now.

Evolve, the new squad-based shooter IP was up next. While the concept behind this game is inherently less accessible because it will force players to operate in teams, the game did seem to offer an impressive amount of choice within the four distinct human roles, and the ability to play as the monster seems to offer another way for disabled gamer to enjoy the game without having to worry about slowing down teammates.

Assassin’s Creed: Unity was highlighted after Evolve, and while a four-player coop story mode was showcased, it doesn’t seem like it will add or subtract anything from the accessibility of the franchise.

When Microsoft showcased Bioware’s fantasy epic, Dragon Age: Inquisition, they didn’t do so using gameplay, so disabled gamers will have to wait on news of that one as well.

One of the larger actual demos was for the Xbox One exclusive Sunset Overdrive, this quirky third person shooter can be described as a cross between Dead Rising and Sonic. The gameplay features kinetic movement where the player is never standing still, and constantly dealing out punishment with a wide array of weapons. Sunset Overdrive seems to have the makings of a successful third person shooter for disabled gamers due to its apparent forgiving nature and customizability, given its emphasis on a wide array of weapons and arcade rather than simulation style gaming.

Following Sunset Overdrive was the ironically named SUPER ULTRA DEAD RISING 3 ARCADE REMIX HYPER EDITION: EX PLUS ALPHA, a quirky piece of DLC that allows players in Dead Rising to cosplay as their favorite street fighter characters, and take down hordes of zombies with a Hadouken. More options in gaming is always a good thing, so I guess this makes Dead Rising more accessible.

There were only two motion control games during the entire 90 minute press conference, both of these, unfortunately, are non-starters for virtually all disabled gamers. Both Dance Central and Disney’s Fantasia: Music Evolved, rely on the ability to hear, see color and fine detail, and move in certain ways, so it doesn’t seem like they would be good choices for players with disabilities.

Fable Legends also got a fair chunk of Microsoft’s time at the press conference. A squad based hack-n-slash game similar to Diablo in the style of Left 4 Dead. The game tasks players to team up and cut their way through hordes of goblins, trolls, and dragons. The twist that makes it a good choice for disabled gamers is that you can also play as the Villain, and design levels for other players to try and make their way through. Players playing as the villain get an RTS type view, and are tasked with managing the battle from a third person overhead viewpoint. However the two biggest questions about Fable Legends still remain unanswered, “Is it multiplayer only?”, and “Is it online only?”. Both of these answers will heavily impact how accessible this title is.

After Fable came Project Spark, and while the concept of building and designing your own worlds for other people to play through offers some unique challenges and opportunities for disabled gamers, because Microsoft didn’t show any actual gameplay, the only thing we know is that it requires an internet connection which makes it inherently less accessible.

Ori and the Blind Forest was one of the two Indie games that took center stage at Microsoft’s Press Conference, its beautiful hand drawn art style seemed to make things very visually accessible, and it’s platforming seems to be very forgiving, but since they didn’t show actual gameplay, who knows.

By far one of the biggest announcements was Halo: The Master Chief Collection, this is a special Xbox One edition of all 4 numbered Halo games, and while the Halo games have been historically less accessible, packaging that much value into a single purchase might be enough to entice disabled gamers into taking a risk that may or may not pan out, especially since the games have been beautifully remastered and fine-tuned, to take full advantage of the Xbox One hardware.

Inside was the other Indie game that Microsoft focused on, a 2.5D platformer from the creators of Limbo, the game features a dark but distinctive color palette, and a twist on classic platforming. The biggest issue with this game will be visual accessibility, but from what was shown on Monday, it may be reasonably accessible given a little patience and persistence.

Another big announcement was a sequel to Crystal Dynamic’s Tomb Raider, and while I personally hold out little hope for the accessibility of the game, the CGI trailer that we were treated to does hint at another great game albeit, probably inaccessible.

The Witcher III: Wild Hunt boasted a world that was bigger than Skyrim. That in itself is impressive, and good news for disabled gamers, as the developers highlighted the number of missions and ways in which players can choose their path. It doesn’t seem like disabled players will be shoe-horned into any particular mode while playing this fantasy epic. The only thing to be aware of is that the Witcher games are historically some of the hardest open world RPG’s on the market.

Phantom Dust was another game they announced with nothing more than a CGI trailer, and since very little is known at the moment, disabled players will have to wait to determine whether this game is worth pre-ordering, buying or renting.

The last actual demo that we got was Tom Clancy’s The Division. While the game seems to feature different customization options, and even the opportunity to play as nonstandard characters, like Drones, the fact that it is a console based MMORPG means that disabled gamers should be wary of this frankly, rather generic looking, third person shooter.

The last two games were both only revealed in trailers, Scalebound is a hack-n-slash monster hunting game, presumably an RPG, where players team up with a dragon. Microsoft also surprised everyone with a reboot, rather than a sequel, in the popular Crackdown series. Little is known about either of these games beyond their titles, so disabled gamers will have to wait until more information is available to determine whether these games are accessible.

On the whole this was an impressive and encouraging showing by Microsoft, because they seem to be shifting their focus away from some of the policies that made the Xbox One not only unpopular with able-bodied gamers, but an accessibility nightmare for disabled gamers. We needed accessible games in order to show us why we need an Xbox One, and while I’m not completely sold, Microsoft still took a step in the right direction.