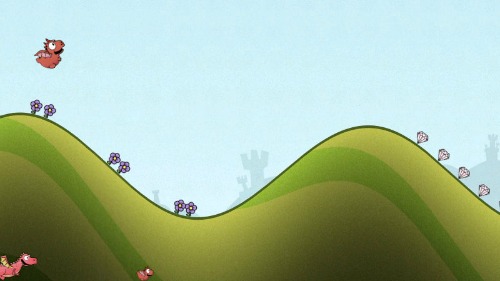 The game is a free download with optional in-game microtransactions. In Dragon, Fly the player is a newly hatched baby dragon collecting diamonds and potions while the dragon’s mother takes flight to bring her child home.

Free downloads give disabled gamers access to the game for firsthand experience to assess the game’s accessibility without the need to risk money with a purchase. The gameplay is straightforward, based only on touching the screen and letting go. In fact, the gameplay heavily relies on visuals and the player’s ability to discern when to press the screen and when to let go. The early levels are clear sky environments that show the red baby dragon sharply visible against a light blue sky. As a deaf gamer, I most often play app games without sound, and I experienced no frustrations with the game due to any audio concerns. The game appears accessible for physical and sensory disabilities. For disabled gamers who become invested in beating their high scores, collected potions and diamonds provide power ups which can also be purchased with real world cash if a particular level causes frustrations.