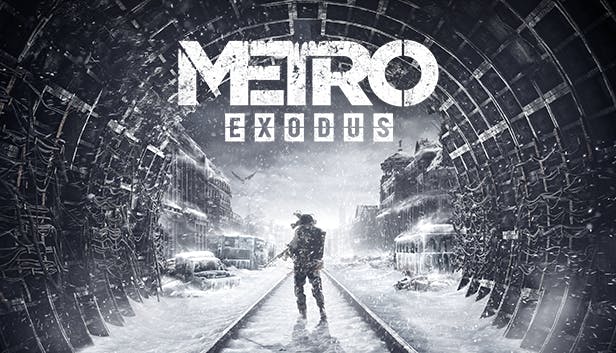 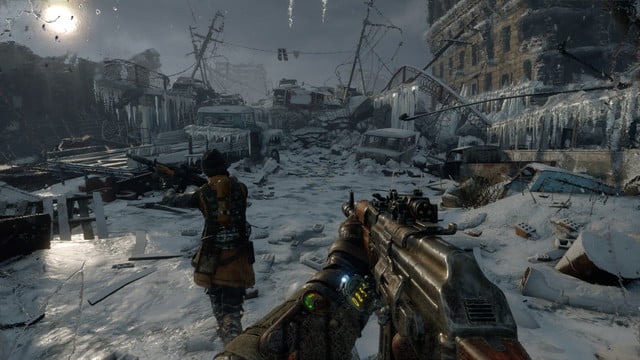 Metro Exodus is the latest offering from Ukrainian-Maltese developer 4A Games. It is the third installment in the studio’s flagship franchise, and continues the story of Artyom and the Spartans. Being the first title from the studio to be built from the ground up for the current generation, it is by far the most ambitious. Despite this entry taking some big steps in the right direction with regards to accessibility, it carries with it shortcomings that have plagued the series since its inception, and these add up to keep it from being truly magnificent.

Metro Exodus features the best suite of accessibility options seen in the entire series for those with fine motor disabilities. It features QTE’S that can be changed from rapid taps to holds, and a difficulty setting that places less emphasis on the survival aspects of the game, it even allows for customized button layout. The trouble is, that all this progress towards accessibility is offset by the game’s over-dependency on the L1 and R1 buttons to cycle through various inventory items, and even to initiate crafting. The game requires the player to hold either L1 or R1 and then press the appropriate D-pad or face button, this will prove difficult for players with fine-motor impairments. Most confusing of all is the fact that like its predecessors, Metro claims to give players a choice between stealth and a guns-blazing approach, but it never truly feels like a choice, because the game is constantly reminding and encouraging you to take a non-lethal stealth approach. Doing so can be difficult since the only way to non-lethally disable opponents is to knock them out in close quarters. At times, you get close to an enemy to knock them out, only to discover that the button prompt will not appear, forcing either a quick and frustrating death, or your AI companion to engage lethally and thereby spoil a player’s chances at the good ending, and characters will be visibly disappointed if you don’t use stealth. The game has a wonderfully generous aim-assist and the weapon customization is so varied that it is truly confounding that none of these enables you to be non-lethal at a distance to offset the broken melee prompts. This nullifies the fun of obtaining new weaponry, or tinkering with weapons in the crafting menu. As such, Metro Exodus is only partially accessible to the motor-function impaired gamer.

Visual Accessibility is where the Metro franchise has struggled the most, and unfortunately, the newest iteration is no exception. Metro Exodus still features heavy use of the dark corridors of its namesake. These are the games weakest moments, since you are essentially thrown into a seemingly never-ending tunnel with nothing but a flashlight that barely illuminates enough to see in front of you, even when fully charged. Night-Vision goggles can be acquired to rectify this, but in my playthrough, they went missing at the start of the Taiga level and I was unable to reacquire them. The compass in the game is attached to the wrist of the protagonist, which is meant to make the experience more immersive but only serves to hinder it, since it often appears small, and in certain instances, completely invisible depending on the weapon one is holding. The compass is meant to point to the nearest objective, but in no way signifies when objective resides above or below you. This can result in lots of time spent wandering in circles. If the objective requires the player to interact with or pick up an object the same can happen, as the game does nothing to make interactive objects stand out in the game’s darkest areas. Exodus is the first game in the series to include semi-sandbox outdoor environments, but the game’s insistence on stealth means you are encouraged to operate at night, making visibility difficult, even in open areas. As a result I cannot recommend this title to the visually impaired.

Auditory access shouldn’t be any problem, though I can say that those who are hard of hearing would benefit from the use of headphones. Metro is an incredibly atmospheric experience, and it does offer sufficient visual cues for when a player is attacked and has quite a prominent directional indicator, sound design is fantastic here. Gas mask filters have an audible cue when running low, courtesy of a beeping watch, and this is even indicated visually when the numbers on your watch begin to blink. Enemy fire is easily identifiable, and the same can be said of the many mutants in the game, who each have distinct roars and physical appearances, making them easy to visually identify for the hard at hearing and deaf gamers. Subtitles are also included, and they have speaker tags, so it shouldn’t be an issue for those with auditory disabilities to follow along. all these things come together to create a barrier-free auditory experience.

In Summary the latest entry in the Metro franchise is headed in the right direction with regards to accessibility. With that being said it has some miss-steps, but if one can get passed these, there is an emotional tale of love, hope, and survival filled with memorable and endearing characters. Without getting into spoiler territory, Metro Exodus sees an Artyom who is now the most trusted member of the Spartan order outside of its commander. Artyom has grown tired of living life cramped within the metro. He is convinced there must be some area on the surface free of radiation that can offer a better life to his friends and his wife, where they can breathe fresh air, find other survivors of the nuclear war, and live in peace, away from the hostile and often deadly factions that inhabit the metro. No one believes in him, save for his wife, but this dream of his serves as the catalyst for the most emotional game in the metro franchise.