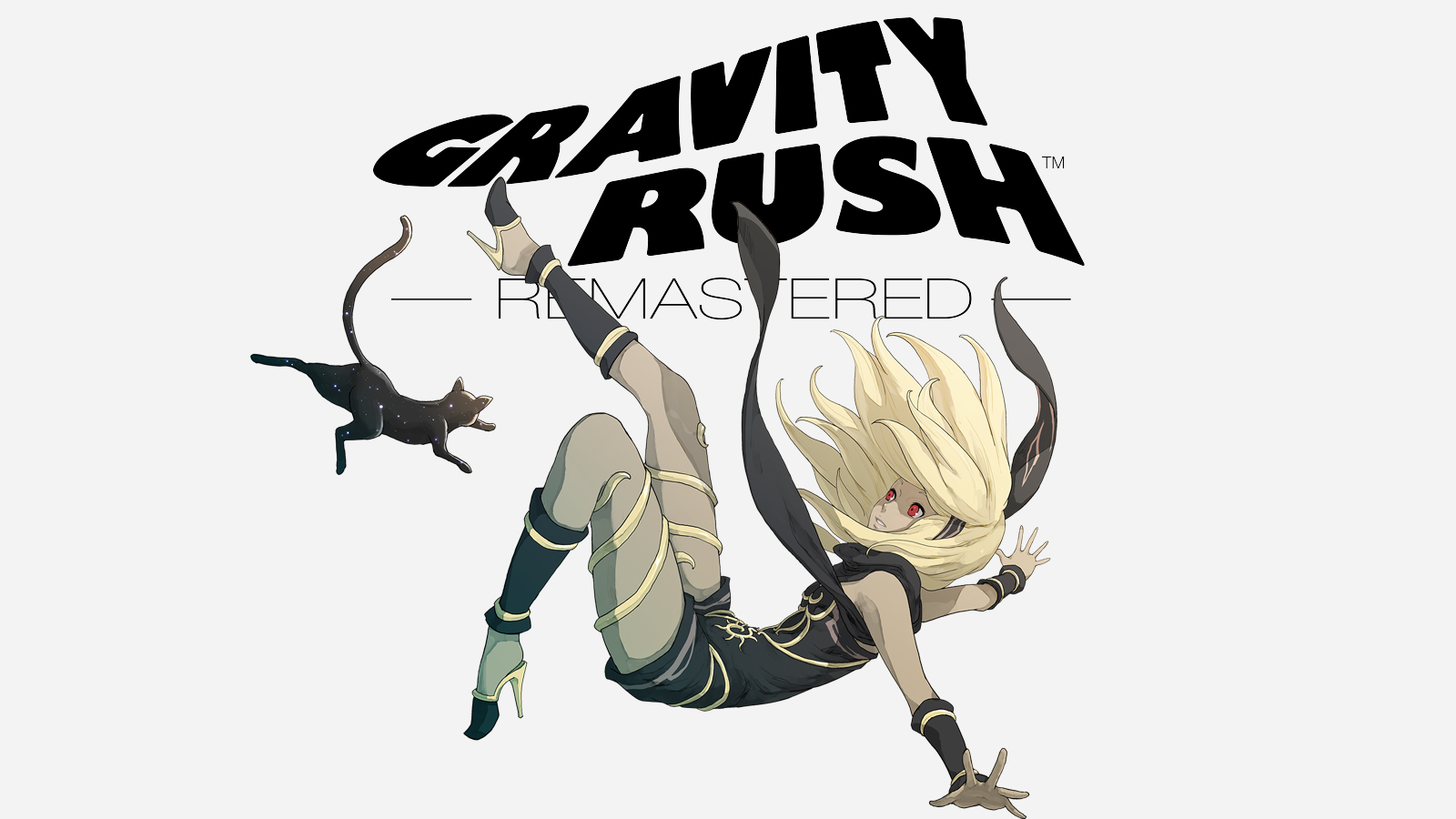 The Japanese designer Keiichiro Toyama (who worked on horror games like Silent Hill and Siren) makes his first attempt at action-adventure in an open world setting with Gravity Rush. It’s nothing like you’ve ever seen before. The main character Kat finds herself on the floating city of Hekseville where she meets a mysterious cat named Dusty who gives her the power to manipulate gravity. She then must protect the citizens of the town from these strange creatures called Nevi, while also unlocking the many secrets this bizarre world holds. Gravity Rush was originally on the PlayStation Vita, but Sony recently released Gravity Rush Remastered on the PS4 this year and Gravity Rush Remastered is the version I’m reviewing. Gravity Rush Remastered is definitely the superior edition. This game is simply beautiful; with its cell shaded graphics and jazzy upbeat soundtrack it has an atmosphere that rivals a Miyazaki film. However, the game quickly becomes very surreal after the first few hours and the story will keep you guessing up until the very end.
Gravity Rush Remastered has a game mechanic which lets you control your gravitational force as well as that of the people and objects around you. However, disabled gamers with fine motor skill impairments may have some trouble playing at times. It is a game where you have to use the left analog stick to move and the right analog stick to aim. This becomes more important when you’re floating in the air and during combat. With no option to customize the controls you’re forced to sometimes move the right control stick in quick precise movements to aim at targets and pointing yourself in a general direction during quick travel. When you walk on the ground the camera does compensate by pointing in the right direction you’re moving in. There is always the option on the PS4 to change the controls on the dashboard’s accessibility menu and swap the control sticks to help during combat, but I never had to use that. There are several workarounds I found too. For instance, there are several buttons that have the same function which definitely helped me. Also, one special attack I found will propel you at the nearest enemy and take out a good chunk of their health. I use this often and it really simplified things for me. Another good thing is that the game never forces you to do certain attacks. If you’re having trouble with a certain method of fighting there are several other moves you can choose from in the game. There isn’t a difficulty setting you can change in the game, but the default choice feels about “average” and was fairly simple to me. Timed fighting events do happen in Gravity Rush Remastered, but they’re rare and the game autosaves often especially during boss fights. Still some disabled gamers may have trouble fighting, I just personally found other methods if I ever ran into to trouble.

Gamers with hearing impairments shouldn’t have any problems while playing Gravity Rush Remastered. The spoken language is in what sounds like French, but every line of dialogue is accompanied by automatic English subtitles. There is no way to turn them off or change the language in the options menu it seems. About half of the game’s story consists of cinematic cutscenes with voice actors and the other half uses comic book styled dialogue boxes or individual conversations with scrolling texts like in classic JRPGs. So dialogue should be easy to read especially with the large clear font they use. During cinematic cutscenes subtitles never seem to go out of sync with the audio. As for the scrolling text sections, they always allow you to scroll at your own pace. If by chance you miss a cutscene or you skip it, there is a gallery on the start menu screen that lets you view previously watched cutscenes. Also, I didn’t notice any noises that appeared off-screen that weren’t immediately followed by someone or something putting it into context. No noise in the game impedes your ability to play or enjoy the game if you have a hearing impairment.

Now if you’re a player with a visual impairment things could get tricky while playing Gravity Rush Remastered. For one thing, there is no option to increase or lower the brightness. Throughout the game many levels have drastically different lighting. Enemies all have a bright reddish orb that appears on their body, but it’s always coming out of the dark silhouette of the creature and shouldn’t be too hard to find. Most missions have a bright streaming light that points you in the right direction or like in the town square you can use the map in the options menu to let you know how close you are to your next objective. Although, some players with visual impairment still might have trouble seeing certain parts of the environment. Colorblind players in particular may have problems collecting items. Gravity Rush Remastered uses purple gems you must collect as currency and for upgrading your skills. They are usually large and easy to recognize, but the bigger problem lies in the green health gems and the blue gravity gems. Blue gravity gems replenish your gravity gauge and become pretty important during air combat, so colorblind players may have trouble differentiating between the two gems. I would recommend focusing on the different shapes of each type of gem. For example, green gems are slender, long, and rectangular while blue gems are much wider with a square shape. Blue gems are plentiful however and many of them reappear quickly. Still, this is a fair warning to colorblind players because it might hinder the gameplay for you.

Overall, Gravity Rush Remastered has really fun gameplay and a uniquely bizarre story. Definitely one of the best Japanese games made in the last five years. With its ambiguously European visual style and jazzy soundtrack, Gravity Rush Remastered is anything but generic. No customizable controls, but the game has simple enough commands once you get a hang of the gravity mechanic and it has enough leeway with combat to help most players find the right method for them. Gamers with hearing impairments won’t have any trouble at all, but colorblind players could have problems finding certain items. I personally had a thoroughly enjoyable experience playing Gravity Rush Remastered and the game was easy enough to complete without too many hiccups.