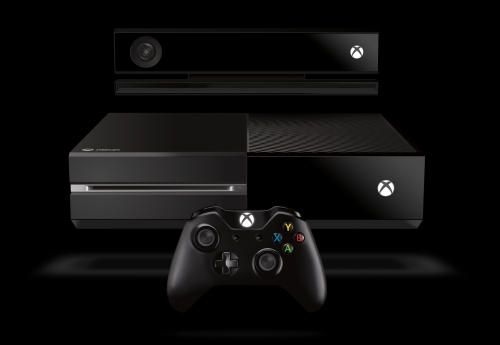 With a vision crisis in the rear-view mirror for the time being, it’s time to examine the Xbox One’s hardware. Everything in it but the controller has a somewhat boxy look to it, and everything’s also rather weighty. While this might make setup tough for those with fine motor or muscle issues, it does make things feel quite a bit sturdier, which should ensure a longer lifespan on the hardware. The system itself is about nine pounds, while everything in the box brings the total of the full box to about 15 pounds. Opening it up shows off why it’s so big – everything has been encased in something to protect it. The Kinect is placed snugly inside a compartment and it’s just about impossible for it to be damaged. The controller, HDMI cable, power cable and brick arrive in baggies. The system itself comes encased in black foam, which fits the black-heavy look of the system, the controller, the Kinect, and the Day One box itself and prevents the system from moving during shipments.

The included Kinect is a vast improvement over the original that makes it possible for the tech to finally live up to the potential of the original incarnation. Before, you’d have to go with much broader movements to accomplish a simple task and now, you don’t need to. This has some great benefits for people with issues making large movements with their bodies. If you’ve got limited movement through either a medical condition or an injury, you should still be able to enjoy the Kinect. If doing a lot of moement can cause undue strain on the body, then this Kinect being more responsive to tablet-esque swipes to move around the page-drive UI will be a huge blessing. The ability to speak to the system and launch apps is a new feature compared to the original, and it allows you to bring up a game or an app without needing to use the controller. In the case of just verbally searching for Youtube videos, you can’t do that, but can launch the app verbally and use the controller to navigate. Icons and text are fairly largely on the app, which is basically the same as the PS3 incarnation of it.

The back of the console features a great many ports for HDMI, an ethernet cable, USB, and an input for the Kinect. In a wonderful move, there are bright orange arrows over the HDMI cable inputs. This means that if you’ve got low vision like myself, it’s much easier to figure out exactly what cable needs to go where since you will likely never need to have something in both the input and output areas and it’s easy to remember to just plug an HDMI cable underneath the arrow closest to the power input. Sadly, no other connection features this and it makes connecting things late at night or in a low-light area much harder. The Kinect cable in particular is trickier since it’s got an L shape to it and while it can only go in one way, it can be tough to turn it around quickly in order to hook it up. The Xbox One system itself features a lot of edges that aren’t exactly sharp or jagged, but noteworthy nonetheless. If you’ve got low vision and will be doing a lot of cable swapping, you’ll definitely want to be careful and wear glasses or goggles to prevent accidentally getting an eye poked because you’re too close to the system.

The controller is largely the same as the Xbox 360’s latest version, with some revamped triggers, renamed Start and Back buttons, a completely new style of bumper button, and a d-pad closer to the switch-enabled one on the newest 360 pads. The 360 controller contoured to the hands nicely, which is the case here as well. It feels a bit more comfortable in a way because it’s got a completely smooth finish and doesn’t have a bulky battery pack on the back of it. The overall weight of the pad has been reduced a tad even though it still uses traditional batteries. The E3 presentation of the One’s controller made the bumper/trigger setup seem almost identical to that of the OUYA.

From a side view, they look nearly identical, while an overhead view shows off the Xbox One’s leaner triggers compared to the rather massive ones on the OUYA pad. The Xbox One’s pad is incredibly comfortable and like the 360, melts in the hands instantly. The sticks now feature grooves on the outer edges to aid with grip, and the deep intention allows you to have a firm grip on them without having to worry about wearing down small nubs like on the 360 pad. The new triggers have motors in them that aid with the force feedback, and are easier to press down on than the 360’s triggers – there’s far less resistance now than there was then.

The original 360 pad’s bumpers were just about perfect. You could place your middle fingers on the triggers and your index fingers on the bumpers and your fingers naturally slide over the bumpers and into the triggers. It’s about the most comfortable shoulder button setup ever. Unfortunately, the new bumpers are a bit of a pain to use – sometimes literally. Your fingers have to be in a particular orientation to hit them accurately, and even when you do, you barely feel like you’ve pressed them. That feeling is very reminiscent of the first Saturn pad in North America where it had a solid design throughout, and then dinky shoulder buttons that barely registered a tap. However, that was at least a comfortable setup, while this isn’t quite as much of one. Hopefully this issue is resolved within the next year or so, because otherwise, this pad is a winner in every way. It’s even got an improved placement for the guide button, which doesn’t jut out anymore, so you don’t wind up hitting it accidentally and either pausing a game or just throwing off the rhythm of things.

At $500, the Xbox One is a major gaming investment. Fortunately, it comes with well-made hardware that feels worth the money. No part of what’s included in the box could be called cheap-feeling, and everything from the HDMI cables to the Kinect seems like some money was spent ensuring it would be able to stand up to some use. With a variety of bundles between Forza 5 and Titanfall becoming available, the Xbox One is becoming a better value for consumers faster than anyone could’ve expected. From a consumer perspective, with Ryse, Forza Motorsport 5, Killer Instinct, Dead Rising 3, and Plants vs. Zombies 2: Garden Warfare as exclusives on the market and betas of Project Spark and Titanfall enabling owners to enjoy a solid piece of some major titles at no cost to players, you would have to try to not get $500 worth of use out of the system.

From a disability perspective, the system’s inclusion of bright orange arrows for the HDMI connections are encouraging – but a similar color-coding system would be nice for the other hookups as well. The revamped Kinect enables people with small motor issues the chance to move around the UI easier, even if it’s not quite perfect yet as you can’t search for everything verbally. The new controller is much easier to hold for extended periods of time, but the bumpers can be a bit hard on the fingers at time, so hopefully that’s something Microsoft can work on in the future. They’ve shown a willingness to change the controllers before with both the original Xbox and Xbox 360, so it stands to reason we’ll see some adjustments made in that regard sooner rather than later.