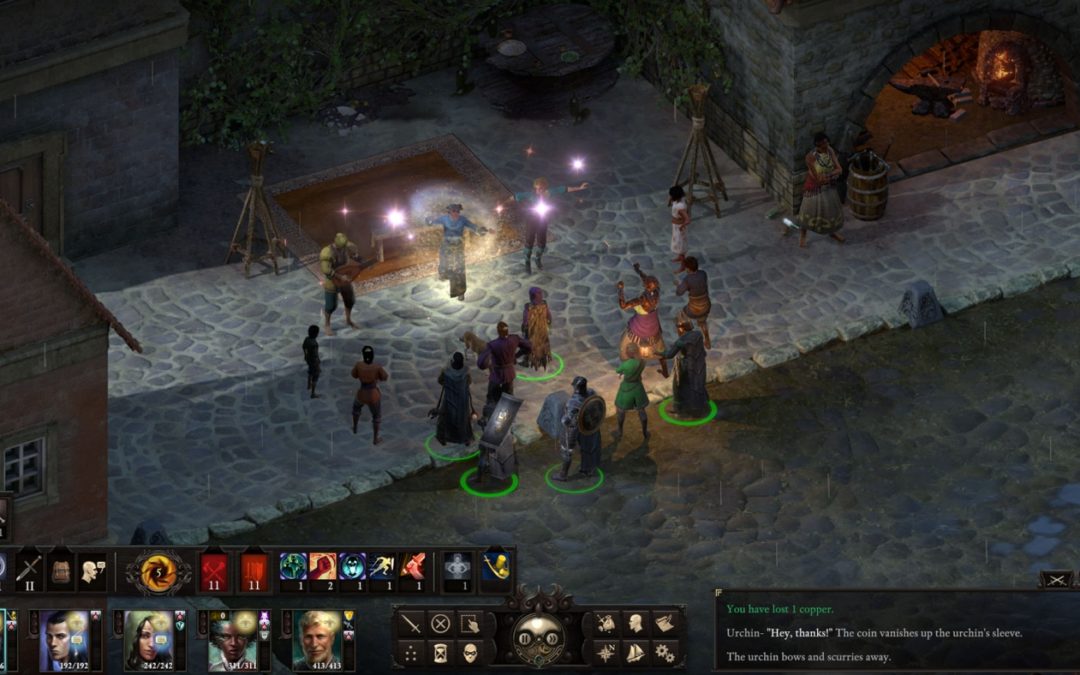 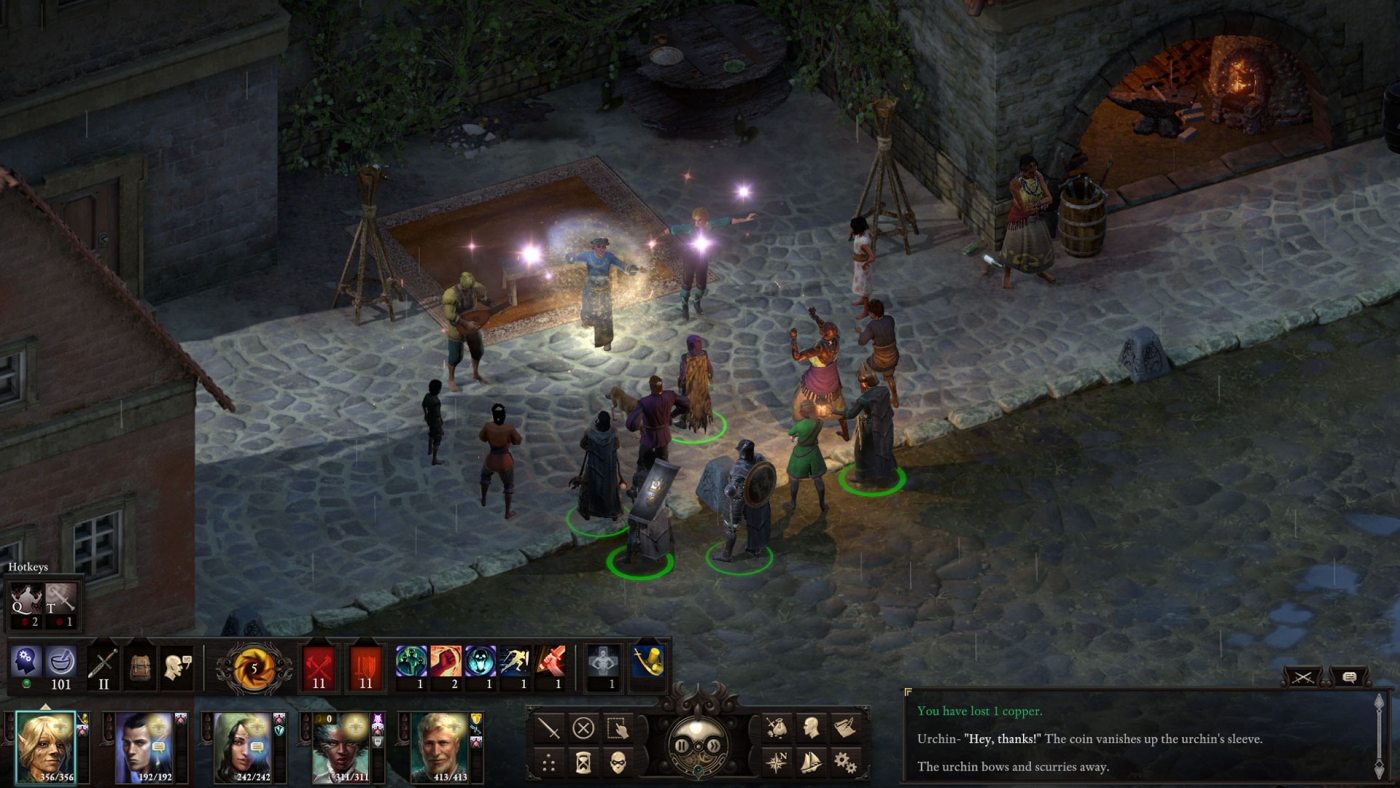 Back in March, I had the opportunity to preview Pillars of Eternity II: Deadfire, but because of an inaccessible venue, the developers at Obsidian graciously offered to give me a one-on-one interview with Josh Sawyer to talk about the incredibly accessible experience that is Obsidian’s latest title. For players with visual disabilities, nothing in Pillars of Eternity II relies on fine detail. It is true that as a CRPG there are lots of text rich overlays that the player needs to understand in order to fully experience the game. For those of you unfamiliar, CRPGS are like interactive D&D campaigns where stats, critical hits, and character builds all impact the experience. Normally, I would caution visually impaired readers away from text heavy experiences because of how small the text usually tends to be, but Obsidian has included a text scaler that completely obliterates this problem. Everything that is critical to the experience, whether it’s the players on the map or the critical stats of weapons and armor can be adjusted either in the games settings, or simply by using the mouse wheel. Obsidian also included a color-blind mode based not on instinct, but on the needs of their own developers. Several members of the Obsidian team are color-blind. One even has an extremely rare form of color blindness that will degenerate into monochromism as he ages; so they wanted to make sure their own developers could play the game, which ensured that anyone with color deficiency should be able to enjoy Deadfire. The case is very similar for players with fine-motor impairments. I entered Deadfire with very little experience in this genre and was shocked to see certain features that according to friends who are familiar with this type of game have been industry standard since the 90’s. Usually with squad based RPGs, the game becomes a finger gymnastics exercise as you flick between characters and try to get them to execute moves before they die. However, Pillars of Eternity II like its predecessors has an auto-pause option that not only is very accessible by default but can be tailored with several different conditions under which the game will automatically pause, giving fine motor impaired gamers all the time in the world that they need to execute required actions. In addition, as players would expect for a PC only title, Pillars of Eternity II: Deadfire features fully remappable controls that will allow you to bind commands to any key on your keyboard. One particular feature that impressed me was the ability to rearrange the HUD. Although not fully freeform, giving players 8 different setups makes it likely that one arrangement of buttons is going to be more accessible for almost every gamer. This kind of flexibility is something that Obsidian prides itself on, because when I questioned Josh Sawyer, the game’s director, this feature was added in response to fans’ requests, as were most of the features highlighted in this article. Throughout my interview, it was refreshing to see how aware and engaged Obsidian was when it came to accessibility. All of this accessibility does not make Pillars of Eternity II an easy game. In fact, that’s the best part about it. Deadfire is a genuine challenge that is still completely accessible for most fine-motor impaired gamers. If needed, you can operate this game with one hand, since everything can be controlled through the mouse. Most of the time when you see games do this, its because they’re a streamlined experience that don’t offer much depth. Obsidian has destroyed this stereotype by offering a barrier free experience with not only hours of replayability, but also rich storyline and extremely well written characters. Finally, players with hearing disabilities will have no problem accessing any part of this game. The game features dialogue that is both incredibly well acted, and written out in clear readable text. There is nothing in the game that relies on sound. In fact, if an able bodied person played the game without speakers or on mute, they would not miss a single compelling moment in Deadfire’s impressive story. Too often when I gush this way about a game’s accessibility, its because a well meaning developer either had to struggle for or backed unknowingly into total accessibility. Not so with Pillars of Eternity II: Deadfire. If I understood the game’s director correctly, accessibility was on the Obsidian’s mind from the very beginning, and they not only created a game that anyone can play, but also one of the best RPG’s that I’ve experienced in my life.