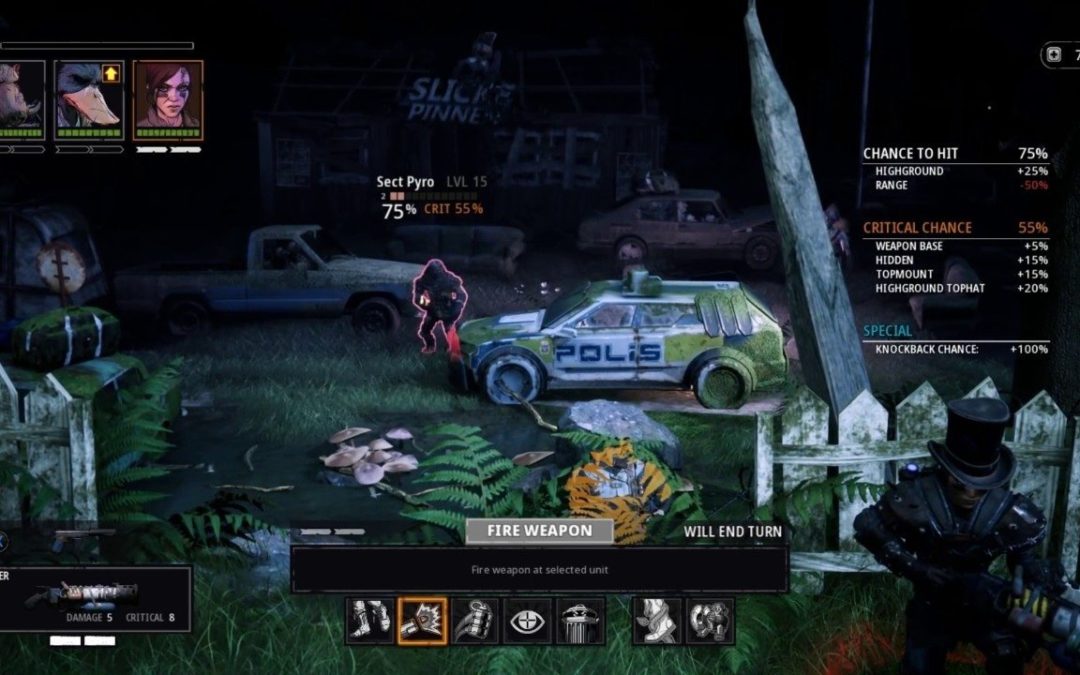 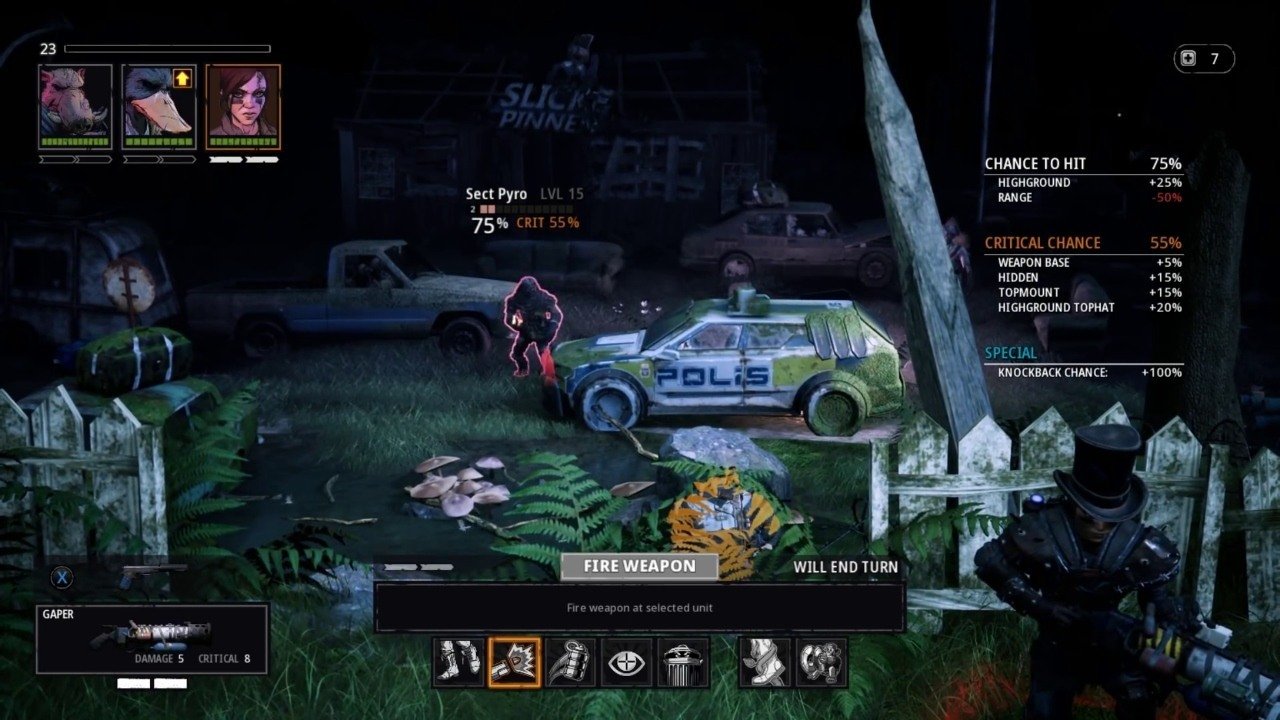 If you are at all familiar with DAGERS, you know that turn based strategy games typically receive high ratings, this is due in large part to the inherent accessibility of the genre. Turn based games allow the player infinite time, and in many cases infinite retries, which make for a very accessible experience.

So what happens when developers seek to take such an accessible genre and add some bold experimentation? You get Mutant Year Zero, an incredibly fun and engrossing game that’s regrettably less accessible than run-of-the-mill turn-based strategy games, but not by much.

Mutant Year Zero is a hybrid mix between a third person action stealth game and a turn-based RPG. It takes place in a post-apocalyptic world where mutants struggle to protect humanity against feral humans, called ghouls, and remnants of the old world in the form of weaponized robots.

The interesting thing about Mutant Year Zero: Road to Eden, is that The Bearded Ladies Consulting, the team who developed this title, infused classic stealth gameplay into the turn-based genre by making over world navigation real-time while the combat stays turn based.

Usually when an accessible genre is experimented with, the product is less accessible, and this is the case with Mutant Year Zero, only not because of the experimentation, but because of some unfortunate compromises that the developer had to make to make the real time stealth feel natural.

Most of these barriers will affect visually impaired gamers. In traditional XCOM style games, players don’t usually have to search for items or resources. They’re either picked up on the battlefield or generated at the players home base. In Mutant Year Zero, players will have to scavenge during the real time portions of the game, which means they will have to visually see the faint highlighting and shimmering effect that denotes collectible items. This doesn’t sound like that big of a barrier, but in a game where one properly upgraded weapon can be the difference between success and failure, the importance of scavenging cannot be overstated. It would’ve been nice to see the developers use a higher contrast method for denoting resources in the environment. Beyond this however, the game does not use color or fine detail to communicate crucial information, but it would’ve been nice to see a larger text size implemented.

Players with auditory disabilities will suffer similar frustration, albeit to a lesser degree. One of the major selling points of Mutant Year Zero: Road to Eden is its original characters and immersive environment. There are more than a few times when I found myself chuckling as my Stalkers hypothesized about the uses of various old-world artifacts found in the environment. Unfortunately, although these interactions and the games main story are subtitled, the subtitles do not feature character tags, which can make it hard to track a conversation, unless you notice the speech bubble that pops up over the active speaker’s head.

Where this game really shines, however, is in its fine motor accessibility. During the demo at GDC, my assumption was that this mix of turn-based and real-time would make for a game that was less accessible than your standard XCOM experience, but I was wrong. While it is a shame that there’s no controller customization for the gamepad setup on the PC, the fully remappable keyboard controls compensate for this nicely. Even if a player can’t access a keyboard and mouse, the base gameplay is so accessible that using a standard gamepad shouldn’t be a problem. In fact, by being a hybrid of two genres, Mutant Year Zero has the accessibility features of both, with the barriers of neither. It has all of the accessibility of turn-based gameplay, without the stamina draining slowness. It also has the flexibility of planning an execution of many stealth games without the need to respond quickly if your plan backfires. If you’re trying to stealth an area, I’ve found it possible to kill each unit in succession without alerting other enemies in a way that would not be possible in a typical real-time stealth game.

This makes you feel like a hit squad, and gives the experience a visceral feeling that is missing in many point and click turn based stealth games.

And while Mutant Year Zero misses some of the polish of those larger games due to its limited unit customization, I’ve found this to be a fair trade off, especially given how most mutations, this games stand in for unit skills, felt unique and incredibly useful.

If you’re a player with a fine-motor disability, I would highly recommend Mutant Year Zero: Road to Eden. For players with auditory disabilities, this game is also highly accessible, especially if you’re close enough to your screen to easily track character speech bubbles. The only real disappointment will be for players with visual disabilities, but there is even value there if you’re already a fan of either stealth-based games or turn-based combat.