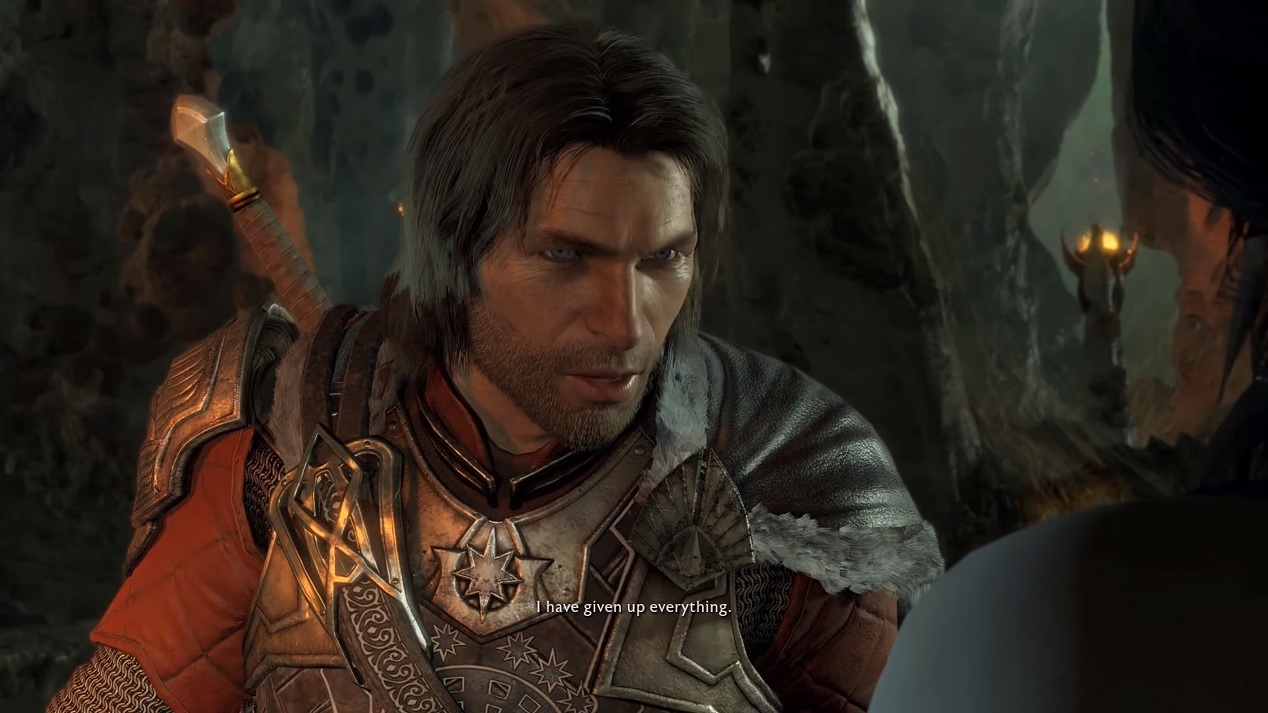 I did not play Shadow of Mordor, because multiple sales associates at Game Stop had told me how inaccessible it was. So, when I decided to review the sequel, my expectations weren’t that high. Unfortunately, Middle Earth: Shadow of War is even more inaccessible than I had expected.

The game features assassin’s Creed style combat that relies on one button counters more than complicated combos, and Batman style stealth based gameplay; both of which I love. Unfortunately, however, there is absolutely no controller customization. To make matters worse, I counted close to 10 distinct controller layouts that the player uses for different aspects within the game. This means that not only are the controls static, but they’re also incredibly complicated, making this game a nightmare for most players with fine motor disabilities. A perfect example of this is the combat. One of the most efficient ways to defeat an enemy is by knocking them down and performing a ground-execution, but in order to do this, the player has to be able to quickly move their fingers from the face of the controller to the shoulders, a maneuver that I found difficult, and that I can’t imagine being easy for any player with significant fine motor impairments. Unfortunately, this is one example of inaccessibility and the lack of customization kept me from getting more than about an hour into Shadow of War before asking for help.

My experiences with the fine motor accessibility limit my ability to comment on its auditory and visual accessibility. What I can say is the subtitles on Shadow of War are inexcusably small. They take up a very small percentage of the screen space, making it impossible to read the text without sitting on top of your monitor. To make matters worse, the game uses an extensive color coding system to differentiate between different kinds of goals in each level, and therefore it doesn’t seem like players with color deficiencies should pick up this game.

The game also features a wraith mode, which applies a blurring effect which may aggravate the effects caused by low vision. Unfortunately without further testing, I can’t be more definitive regarding visual accessibility in Shadow of War, but I still would not recommend it for players with visual impairments.

The only good news comes for players with hearing impairments. The game seems to feature full dialogue subtitles, which can be turned on before the opening cinematic, and may be on by default. The game does suffer from the typical pitfall of stealth based gameplay, that doesn’t allow for ambient subtitling, which can make being sneaky more difficult if you are not able to notice the response of surrounding enemies, but again, this game was so inaccessible for me that I couldn’t go far enough to speak definitively. It does seem like if you are able to read the subtitles, and are willing to fight for it, Middle Earth: Shadow of War, holds something for audio impaired gamers.