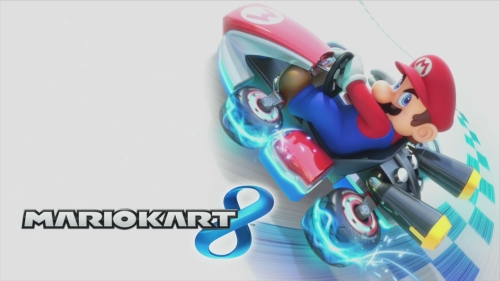 Mario Kart 8 follows up on the stellar 3DS-only Mario Kart 7 and shows that Mario is back in the saddle as the leading title for kart racers. Mario Kart Wii was the last console entry, and while it was quite good, it didn’t feel like a true follow-up to Double Dash. It was nearly crippled by balance issues, and simply wasn’t as fun as prior games. As a result, Sonic’s All Star Racing series felt like the definitive last-gen kart racing series, but MK 8 does things so well that it’s going to be hard to top. This game has a massive character roster, customizable vehicles, a lot of tracks and modes to enjoy them on, one of the best replay features in gaming, stunning graphics, and brings back MK 7’s vehicle setup to deliver the finest entry in the series to date.

The eighth incarnation is also the most disability-friendly one to date thanks to the Wii Wheel. It worked very well in Mario Kart Wii, but was hurt by Wii Motion Plus not being available to provide 1:1 feedback. Now that Wii Motion Plus is the standard, the controls using the Wii Wheel are far more responsive. This means that smaller, more delicate shifts in the wheel’s movement are detected as they should be and you’ll always steer the kart where you want it to go. The wheel is a lot easier to grab onto than either the large, bulky gamepad or even a classic controller. While there’s a bit of a learing curve for the buttons compared to either a gamepad or traditional controller, if you have issues with fine motor skills, it’s the best way to play the game adn you don’t lose anything in the process. Thanks to the 1:1 feedback, it could be argued that you actually gain something by controlling the game this way, although I personally prefer the gamepad and find the wheel to be an excellent substitute when the batteriy on the pad runs low.

The mode selection is largely what you’d expect, with some pleasant changes and a massively unpleasant one. You still have 50, 100, and 150 CC races across eight total cups – with some of those being unlockable. Since there are 32 tracks, you’ve got plenty of options to choose from. This is the most retro-heavy course selection to date, but also the more diverse since all of the older tracks have been revamped. How so? MK 8 uses the kart, underwater kart, and flying kart mechanics from MK 7 and debuts a new anti-gravity section as well as wall-racing. This may evoke memories of Lupin III: Castle of Cagliostro for anime buffs, but it makes far more sense here since there’s a little ramp that takes you from the road to the wall. If you thought Toad’s Turnpike was crazy before, just try it with traffic coming towards you inches away from the wall section. The flight sections are fantastic and lead to more branching paths than ever before, while also bringing new obstacles like one of the Toads in a hot air balloon – you can either get an item or bonk into him and lose time. There’s a risk/reward setup with this new system that is fantastic and will lead to the most fun you’ll ever have falling off a track in a Mario Kart game. That is also greatly helped by Likitu being much faster on the draw now that the coins are back. He grabs a few for his trouble, which means you’ll have to spend a bit more time getting to 10 to max out your speed.

The sense of speed in every mode is incredible. However, the revamped battle mode is absolutely awful. Instead of the confined courses of the past, you just battle on basic tracks with a figure 8 setup. While this ensures combat, it’s about as exciting as playing a GTA game while adhering to driving laws. There are rumors of DLC bringing back classic battle courses, but that shouldn’t be needed to enjoy a mode included in the base game. Luckily, local multiplayer is still a riot with split-screen, although if you have vision issues, it can be a tricky setup since you lose a lot of your in-game field of vision with it. Online multiplayer is a breeze thanks to lag-free play and the sharply-colored menus that are easy to read at all times.

While the Wii U has been a bit of a joke at times in the next-gen graphics war, Mario Kart 8 shows that the system can deliver genuinely impressive graphics. Nintendo knows how to make the system sing, and this game delivers the most stunning visuals to date on the platform. The characters, vehicles, and environments will all amaze you in both still close-ups and in motion during the replays. So many little details are visible on the field during play, but you can’t really pay attention to them in the heat of battle. Luckily, the replay feature lets you slow things to a crawl and really appreciate the glow of the flames from Bowser’s castle, or the sheer amount of things going on in the revamped Rainbow Road. The color-coded shells may not be friendly to the color blind, but the rest of the weapons vary enough with their silouette that you can tell which item is which. The pace in MK 8 is fast, but never too fast to follow and the rich colors make the environments, characters, and weapons very easy to see.

Mario Kart 8 features the most lively soundtrack to date, but none of the songs really stuck with me after playing. During a play session though, they were a lot of fun to hum. If you have hearing issues, you’re not missing much by not hearing the music though and if anything, it should help you concentrate on the task at hand. The sound effects are on par with the norm for the franchise with a lot of single-world phrases from characters that add a little sizzle, but not much substance to the overall package.

MK 8 is a fairly accessible game for those with fine motor skills issues thanks to the Wii wheel, while the bright graphics make everything easy to see if you have vision problems, and the lack of essential audio means that those with hearing issues don’t lose out on much either.