Accessibility Game Review – Life Is Strange: Before The Storm 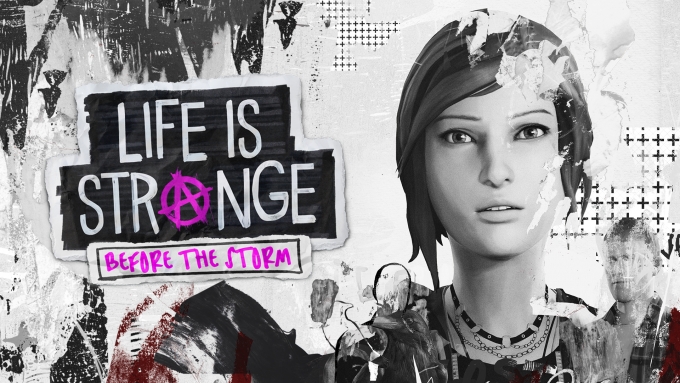 The teenage wasteland may keep you in despair, but perhaps hope exists with the help of a new friend. Main character Chloe Price is a 16-year-old teenage punk who begins to push people away until an unexpected person enters her life. Life Is Strange: Before The Storm is a prequel to the groundbreaking, Square Enix produced, episodic adventure game Life Is Strange. Being a prequel means that it’s not necessarily required to play the first game in order to enjoy the story in Before The Storm. The game’s narrative driven approach to gameplay allows for simple controls that are quite accessible to any disabled gamer.

So if you’ve ever played Telltale’s “The Walking Dead” or any of their narrative games released after, then you will basically know how the gameplay works in Before The Storm. Much like a point-and-click game you’ll be interacting with specific objects, collecting items to solve simple puzzles, talking with characters, and making decisions. The difference is you will play from a third person perspective. In Before The Storm, you interact with people and objects using the four symbol buttons. You move with the left control stick and aim the camera with the right control stick. The camera controls are much improved from the first game. Now when you are walking, the camera does a better job of following your movements and anticipating where you want to aim. You sometimes have to manually aim the camera to be able to interact with certain objects, but for the most part if you just move close enough to whatever you’re trying to interact with you then you won’t have to move the camera at all. If you like, you can walk a little faster by pressing the right trigger button. However, it is not much of a speed boost. Plus, running is never required to finish a level or solve a puzzle. The journal can be accessed by pressing the touchpad. This gives you notes to read, info on collectibles, character profiles, and text messages. Looking through the journal is entirely optional. There are no difficulty levels to choose from, but Before The Storm has extremely simple puzzles. Most puzzles involve finding the right object or answering the right question in a conversation. The game handholds you through most of these events and even if you get stuck, Chloe will give you some obvious clues after a certain amount of time passes. Timing is never an issue in Before The Storm. No matter what puzzle you are solving, the game never rushes you. Even during critical conversations the game will often pause to give you plenty of time to decide what to say. Disabled gamers with fine motor skill impairments shouldn’t have any trouble playing Before The Storm.

On the visual side of things, Before The Storm is fairly bright as is, but there is a brightness scale you can change in the options menu if you like. The game also makes sure to highlight only important objects with bright white chalk-like outlines, so there is never any confusion as to what objects you can interact with in Before The Storm. You can even customize the transparency of the outlines in the options menu, if they are too distracting for gamers with visual impairments. Although the art design is colorful and vibrant, color is never used to distinguish commands or dialogue choices. So, colorblind players won’t be obstructed by any color identifying objects. Though the sound design is great; packed with lots of character appropriate rock music, hearing it isn’t required to play Before The Storm besides missing out on a little bit of mood building. Occasionally some characters will ask your opinion on a band they like and then offer to let you listen. These are still optional interactions, plus they are more about bonding with the character more so than critiquing music. Subtitles are available to turn on in the options menu and they are big, white, and bold. Even better is the option they give you to customize the size of the subtitles, allowing you to make them bigger to fit your needs. Before The Storm also offers you the option of raising and lowering each individual sound level including: sound effects, music, and voices. Disabled gamers with hearing impairments should be able to beat Before The Storm without dealing with any severe audio roadblocks.