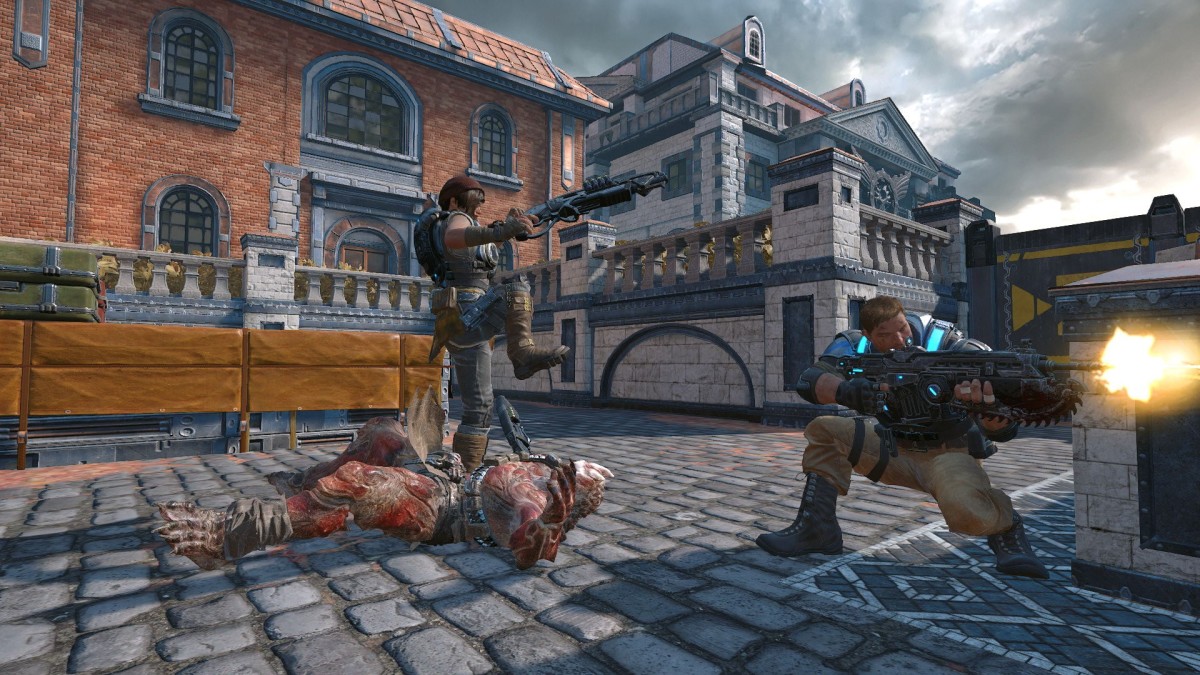 Gears of War is back under a new development label and promising a fresh take on the series while still staying faithful to the original Epic titles. The game offers a compelling storyline that gives us new heroes while successfully passing the torch to a younger generation. In a game that is both highly polished and well written it is disturbing to see some design choices that would preclude most disabled gamers from enjoying the game.

In my personal playthrough I wasn’t able to progress very far through the game without help because the game puts some unnecessary barriers in front of players with fine motor impairments. The biggest of which was the lack of an auto-lock or even the ability to toggle the scope function. Because the gameplay of Gears of War 4 is so frantic I often found myself firing at empty space where an enemy had been just a split second before. Unfortunately, without the ability to easily aim, players will have to be able to track quick moving enemies by hand if they hope to defeat the swarm. There are also some puzzling choices in regards to some of the new weapons developers at The Coalition have included. Most notably the EMBAR which is the new sniper rifle for the Gears franchise which requires players to charge the rifle and fire it before it overheats, turning every single sniper shot into a QTE. The result of these two barriers means that most players with fine motor disabilities should probably avoid Gears of War 4. The only thing that saves it from being completely inaccessible is the fact that The Coalition gave players adequate control over the controller layout even if the buttons aren’t full remappable. Gears of War 4 even features a face trigger mode that allows players who have difficulty accessing the triggers to set the controller up to be much easier to interact with.

Because of the fine motor barriers I’m not able to speak as definitively about visual accessibility as I’d like. Nothing in Gears of War 4 seems to rely on fine detail or color coding but even if the game does rely on color, The Coalition gives players the option of 3 different color filters that compensate for the 3 most common diagnosed color deficiencies. As a result, players will have the option to use filters that directly match any barriers they may face. The only real barrier to visual accessibility are the subtitles which are not particularly legible due to the lack of a drop shadow. This is aggravated by their small size and light color especially given some of the games earlier environments in which the text very easily blends into the background. However most of the Gears of War 4 experience should be accessible for players with many types of visual impairments.

The most disturbing lack of accessibility will affect players with auditory impairments. This is because the best way I can describe the subtitle system in Gears of War 4 is half-baked. In addition to being hard to read in certain environments, the subtitles are largely incomplete. Missing speaker and inflection tags. Making it difficult for players who can’t hear to figure out who’s speaking and catch the implied meaning of the dialogue through the characters tone. This is not the worst of it however as The Coalition has chosen to include auditory cues for enemy movement without properly subtitling them. As a result, Gears of War 4 gives hearing players extra information making it easier for them to navigate combat while excluding the hearing impaired.