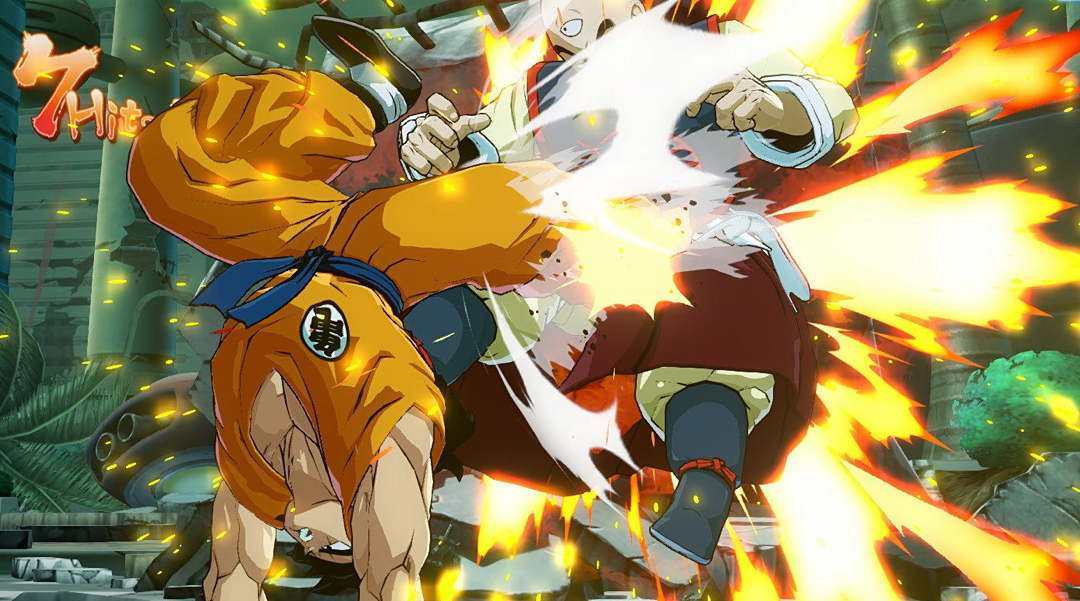 Fighting games can be very accessible if designed right. Dragon Ball: Fighterz is a leap in that direction, of which other fighting games should take note. The last Dragon Ball fighting game that I enjoyed was Ultimate Battle 22 for the PS1. The 3D ones made many gamers happy, but they were not my cup of tea. The 3D transition made the controls just complex enough to hinder my enjoyment. Every console game since has been 3D, until now. Fighterz takes the game back to its 2D roots, and I could not be happier.

For auditory accessibility, the game has subtitles for intro dialogues and wins. Unfortunately, there are no subtitles for clashes between characters mid-battle even with English subtitles, and Japanese dialogue enabled. The subtitles also aren’t used during gameplay during Supers when characters state their attacks. Though these elements are minor and do not impede gameplay, it would be nice to have. The Story Mode had full subtitles during all cutscenes. When interacting with other avatars in the lobby premade text statements and stamps can be used to communicate with other players in place of speech. Players can freely mix and match statements and stamps.

For visual accessibility, there are no color blindness settings, but the game has a brightness filter and the ability to move the positions of the Ki and Health gauges. I do not have a visual disability. However, I could successfully play the game with my television on monochromatic settings without any problems. The character outlines are noticeable and never blended with the background. The text was always outlined and visually distinct from the background. Most movements and attacks use the same sounds. Players relying on distinct character sounds might face difficulty. The action gets pretty frantic at times. Luckily, characters do yell out their Supers before use, as is typical with the anime, giving players time to block.

For fine-motor accessibility, the game has easy combos and controls. Each of Fighterz’ remappable buttons: light, medium, and heavy come with unique combo strings that can be performed by tapping the button repeatedly. The light combo is an impressive looking 7+ hit combo. The medium combo hits fewer times but ends with a level 1 Super move. The hard combo hits fewer as well but creates distance via strong hits. The light, medium, and heavy attacks can be comboed into one another without worrying too much about the order they are pressed. Special attack is the fourth face button, for many characters, it is a ki blast button. The special attack button has no combos. The special attack commands are relatively simple, mostly involving tapping a single direction and the special attack button. If you rapidly tap the button OR hold the button down, some characters can fire consecutive ki blasts. Other characters have different special attacks that cannot be rapidly fired by holding the button down. The controls make this title accessible for beginners or pros.

The game has a very detailed tutorial that teaches all of the essential mechanics. I was able to clear it. Each character also has a 10-mission combo challenge. Players can watch each combo performed by the computer, which is very helpful. On average, I was able to clear each character’s challenges up to number seven. The game itself is very forgiving with the lag between inputs, though the tutorials sometimes don’t recognize the lagged inputs as a successful combo, the game itself does. Extensive tutorials are a very appreciated feature for those who need extra time to learn. Combos can be blocked and broken with relative ease. Recovering from falling is a simple button press. The only thing I had an issue with is the guard cancel, but there are so many other defensive techniques that I could manage.

The Sparkling Blast mechanic is a new addition that is similar to Marvel vs. Capcom 3’s X-Factor. It enables health regeneration, faster meter building, enhanced attack power, speed, and more. Gamers can easily turn the tide of battle with this mechanic. The new Shenron system adds Dragon Balls to the mix. Once a 7+ hit combo lands, a Dragon Ball is automatically collected. Once all seven Dragon Balls are gathered, landing an additional 7+ hit combo allows the player that landed it a wish from Shenron. Here the player can choose temporary invincibility, restoration of health, restoration of an ally, or an additional Sparkling Blast. The system adds a new layer of depth, and the 7+ hit easy combo makes Dragon Ball collecting just as accessible as the rest of the gameplay.

The game’s Story Mode is very accessible. Except for the final boss, I was able to play relying mostly on easy combos. The final boss proved difficult because she has a move that can be used multiple times per match, eliminates about 90% of your health, covers the screen, and can’t be interrupted or blocked. Regardless of disability, this is not a fair fight. I only completed Story Mode on the default difficulty. The game also has Arcade Mode. The Arcade Mode has three different courses with three, five, and seven fights respectively. Beating these courses on the default difficulty provided a challenge on the last fight, but it was not unbeatable. I was even able to complete the three opponent course with an S-Rank after a few tries to unlock a trophy that I thought was going to be impossible.

What sustains most fighting games is a strong online component. I skip playing online in most fighting games because I can’t hold my own against skilled players and get frustrated. However, the variety of accessible combos, forgiving command input timing, blocking, and easy recovery allowed me to hold my own quite well, even with audio disabled and monochromatic settings. The matchmaking allows users to seek opponents based on same skill level or stronger. Most games often consistently match me with stronger opponents, which would discourage me from playing online. I picked “same skill level” and was able to hold my own.

One of the nice things that I consider an accessibility bonus is the fact that two of the games unlockable characters can be unlocked many different ways. They can be unlocked by getting the Day One Edition of the game, beating two Arcade Mode courses with an A Rank on Hard, buying them online for $3, or accumulating 500,000 Zeni (the in-game currency). The variety in unlocking methods ensures everyone will get a chance to use the characters.

In conclusion, I feel that the game is highly accessible for most players. The easy combos make mobility impaired gamers able to hold their own online against players and CPU alike. Subtitles are in-game for the story, match intros and endings although they miss some gameplay moments, it does not impede the game’s playability or enjoyment. Stamps enable non-auditory communication between players. Although there are no colorblindness settings, the character and text outlines were distinct enough always to be clear amongst their surroundings. The game’s extensive tutorial helps all players learn the combat. The Story and Arcade modes are playable, though not particularly enjoyable. The bulk of the enjoyment comes from playing the game online, with excellent controls, style, and matchmaking that makes winning attainable for everyone.