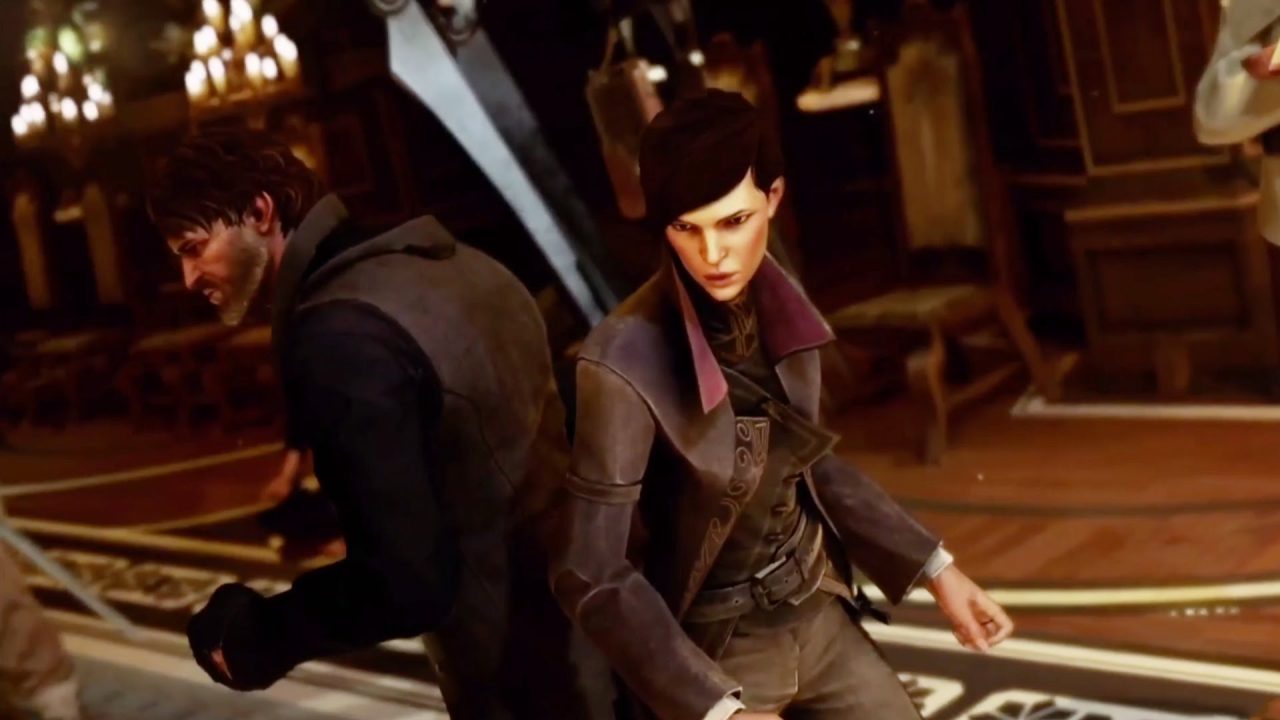 Dishonored 2 is a follow-up to one of the first ever nominees for the DAGERS diamond award. That title received praise for its extreme flexibility of gameplay, forgiving nature, visually accessible art style and focus on stealth mechanics which made it one of the most accessible games of 2012. Many of these features carry over into Dishonored 2. Unfortunately, Dishonored 2 is also a case study in what can happen when a single barrier is so extreme that it impacts not only every segment of the disabled population but also a large population of the able bodied community as well.

The barrier in question is the subtitle system which is completely unusable due to a font that is both lacking in contrast and size, making it illegible for even un-impaired gamers, unless they are sitting on top of their TVs or monitors. Normally, when we review a game at DAGERS, we look at each of the three relevant areas of disability and examine the specific barriers that impact each one. But in this case, Dishonored 2 illustrates how one barrier can impact every gamer regardless of physical ability.
This game is completely inaccessible for players with visual disabilities. The real frustration is that when playing the original game on the same system the font was thick enough to still be reasonably legible. Unfortunately, the developers at Arkane have chosen a cursive style font for all of the in-game text whether it be subtitles or found documents that give players crucial information on their quest for revenge.

The effect of the in-game text also impacts players with fine motor disabilities. The Dishonored franchise prides itself on a “play your way” mentality which is one of the biggest things that contributed to the high accessibility of the first installment. Unfortunately, even though Dishonored 2 gives players even more choice, the fact that instructions and vital details are communicated via illegible font means that players with fine motor disabilities will not have all of the information that they need to determine the most accessible line of play unless they are sitting close to their monitors or TVs. A perfect example of this can be seen early on in the game when the protagonist (either Corvo or Emily depending on the players choice) infiltrates a house that has been infested with blood flies. On my first attempt at navigating this environment I was immediately swarmed and killed by the insects. However, if you look at one of the dead bodies in the house you come across a letter that tells you how blood flies are to be dealt with but the text is so small that even on my 42″ TV it was illegible unless you are less than 4′ away from the screen. This incident perfectly illustrates the fact that Dishonored 2’s trademark play-your-way emphasis is hampered by hard to read text, thereby limiting the games overall fine motor accessibility.

The text problem also impacts players with auditory disabilities. The fact is that Arkane does give the option to turn on subtitles and even to subtitle most ambient dialog. But good luck trying to understand what is going on when the subtitles are very easily lost on the screen and you are unable to read them at any distance away from the monitor. Players on PC may not have this issue since they are usually much closer to their screens. However, also keep in mind that as the screen shrinks the elements of the HUD shrink proportionately. As a result it appears that no matter what system you are on the obscenely small text will be a barrier to accessibility for Dishonored 2.

This is probably the most disappointed I have been writing a review for DAGERS. It’s the perfect example of how one overlooked feature can completely ruin the accessibility of a game. Text that is too small not only hurts the experience for the visually impaired but also makes the subtitles unusable for the hearing impaired and limits the amount of information the fine motor impaired can take in when trying to determine the most accessible path. One can only hope that Arkane learns from this failure and corrects this issue in the future.