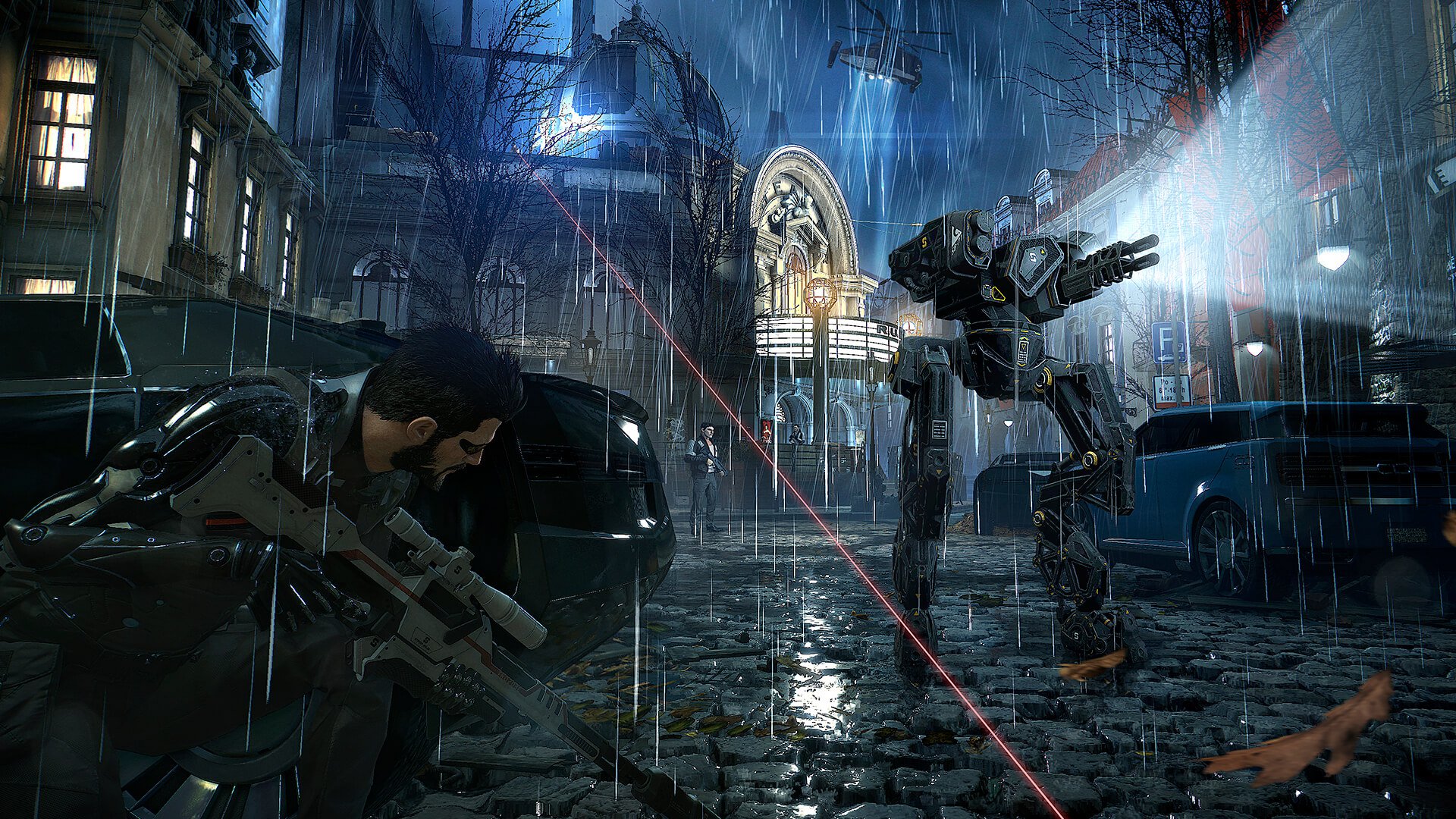 Players with fine motor disabilities may remember that one of the major selling points of Deus Ex: Human Revolution was the amount of flexibility that players had when determining how to equip Jensen with various augmentations and weapons. This core flexibility is still there, players can position Jensen anywhere on the spectrum from a tank that goes in guns blazing to a non-lethal infiltrator that vanishes without a trace once the mission is complete. The game seems to support this idea by giving the player a relatively open world with multiple approaches to each objective. Unfortunately, many players will not be able to access this due to a physical control scheme that is extremely inflexible. For example, during my playthrough of Deus Ex: Human Revolution I was able to keep Jensen in stealth mode by toggling the crouch button while I manipulated the rest of the controls. Puzzlingly, this simple option is gone. If players want to use the stealth functions in Deus Ex: Mankind Divided they will have to use multiple fingers on both hand simultaneously in order to efficiently use the stealth mechanic. To make matters worse, there is not much controller customization. It is true that there are some presets but these presets are completely static and none of them do anything to alleviate the major accessibility problem stated above. This barrier pushed me into a situation where I spent all of Jensen’s initial upgrade points to make stealth his primary weapon and then realized that the stealth mechanic is completely inaccessible and as a result will have to restart the game in order to progress through it.

Due to the fine motor barriers hindering my progression through the game I cannot speak as definitively about the visual barriers as I would prefer but can say that contrast is a major issue with a lot of the subtitles. Early on in the game there is a sequence where Jensen gets evaluated by a psychiatrist. This is a major element in setting up the story but the subtitles that accompany the psychiatrist’s dialogue are obscured due to the fact that they are displayed in white text over a glowing yellow monitor that the psychiatrist is sitting behind which makes them illegible even for the non-visually impaired. In order for this game to be truly considered visually accessible, the subtitles should have the same drop-shadow as the rest of the HUD but the lack of this feature means that I cannot recommend it to the average visually impaired gamer.

Problems with the subtitles will perhaps impact the hearing impaired. It is true that all the dialogue is adequately subtitled but that’s it. None of the ambient dialogue or other important noises such as guards response to Jensen are displayed using anything but sound and small hard to see icons. As a result hearing impaired players will not be able to use the stealth mechanic unless they are able to see the screen clear enough to see the visual indicators Eidos has provided for guard alerts and other auditory cues.

On the whole, Deus ex mankind divided is a major accessibility disappointment. I’m a huge fan of the series but am forced to admit that even though the gameplay lets players choose how they would like to approach situations and therefore very is flexible. The hardware mechanics of the game are so inflexible that most players with fine motor disabilities should avoid this title. Problems with the subtitling system and visual interface spell much the same for visually and auditory impaired gamers.