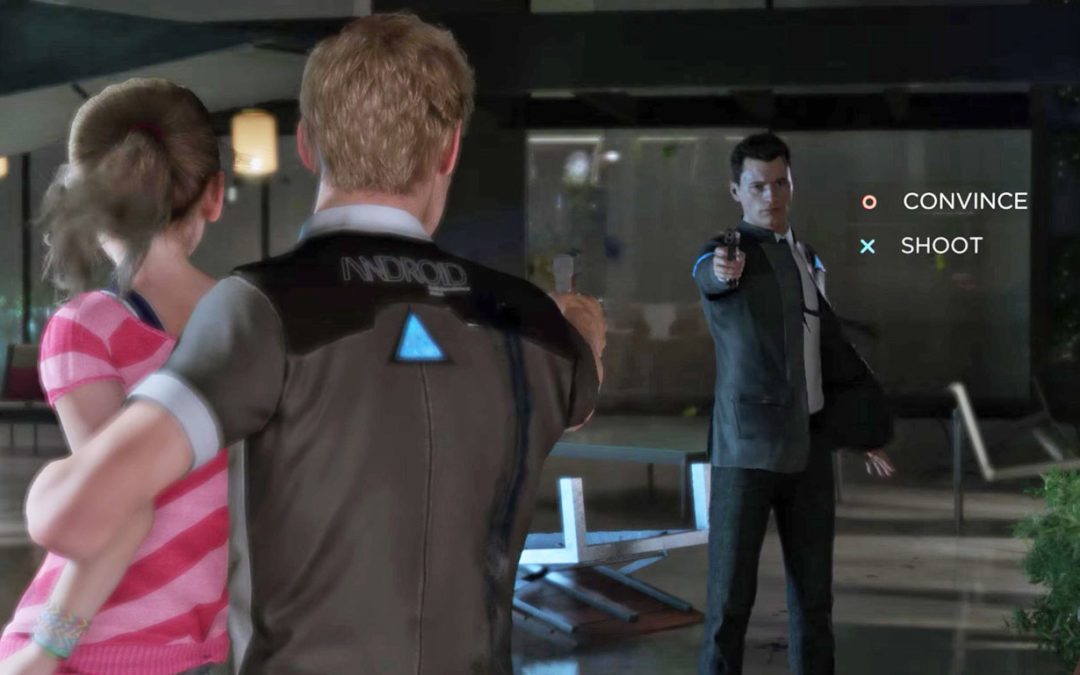 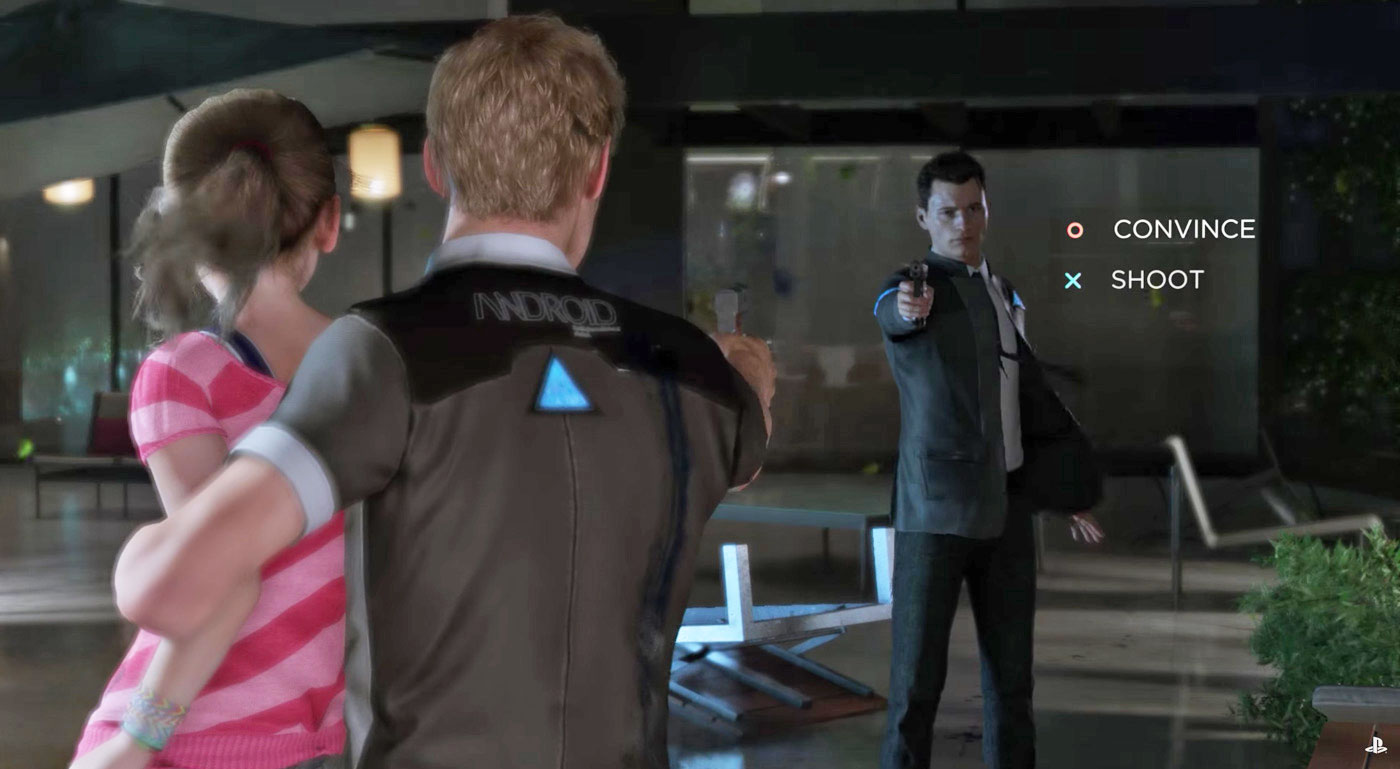 Detroit: Become Human is the latest title from Quantic Dream which promises immersive story that will have players questioning what it means to be human in this incredibly well written and haunting story. Unfortunately, from an accessibility standpoint, many disabled gamers will have profound challenges accessing this title, turning what is meant to be a choice driven game into a slog where your physical abilities dictate the choices that your character makes in game. However, there is good news for visually impaired gamers, as up to the point where I could no longer progress due to fine-motor barriers, there was nothing that relied on the ability to see color or ultrafine detail. The game features a Mind Palace mode similar to Batman’s Detective Vision in the Arkham Games, which slows down time and highlights interactable objects. Unlike other games which use this feature, the icons in Detroit highly contrast with the background. To increase immersion, Quantic Dream has chosen to not include a typical HUD. As a result, there is no need to read mini-maps or navigate extensive menus to access the games many features. Detroit also sports something that every game should have, although its not implemented as well as it could be: resizable subtitles. There are three different sizes of subtitles and players are given the opportunity to scale them before the story kicks off. However, they are not letter boxed and because of my inability to progress through the game, I am unable to say emphatically that there are no points at which the subtitles blend into the games polished high-tech environments. My inability to progress through the game is due to some rather puzzling choices on the part of the developer. I have always had Heavy Rain, one of Quantic’s first games to be designed like this, pitched to me as a game where if you could not complete the QTEs, the actions would be done regardless, and while I’m not as familiar with that game, I will say that this concept is not as accessible as it sounds in Detroit: Become Human. Detroit: Become Human’s gameplay is literally divided up into two types of inputs. Navigation and QTE style interactions; and while many of these actions don’t require precise timing, they do require players to have nimble enough fingers to do them exactly how they’re displayed in the game due to the lack of controller customization options. So, if you can’t swivel the stick in a half circle in the indicated direction, you won’t be able to progress through the game. If you can’t hold down multiple triggers at once while manipulating buttons on the face of the controller, you won’t be able to progress through this game, and what’s worse, if you have slow reflexes, you will have significant difficulties with Detroit: Become Human that are more than likely to end the experience completely for you. Quantum Dream overtly encourages players to go through the game without redoing checkpoints, since the choices you make have drastic implications on the outcome of the story. However, players with fine-motor disabilities won’t have the same freedom of choice that non-disabled players have. Here’s an example: at the point at which I stopped, I was unable to progress further without the help of an able-bodied assistant. Players were placed in the role of Connor, a prototype detective android tasked with the role of hunting down deviants who pose a threat to society. On this particular case, after finding a deviant, a foot chase is initiated in which you will have to make snap decisions in order to try and apprehend the culprit while minimizing collateral damage. However, in my attempt, I missed a QTE prompt, and Connor ended up dying. Instead of giving me the option of restarting that sequence, the game pushed me to the next chapter with a different character and showed me in my timeline that Connor is now dead. When I went to restart the sequence from the menu, I was discouraged from restarting since I was told that it was part of the developer’s vision for the game that the choices you make shaped the story moving forward, and while I do think that this is an interesting mechanic, for it to be done correctly it must be accessible, otherwise you create an environment where ability dictates choice rather than the player’s will. Thankfully, players are able to ignore the advice, and with the help of an assistant I was able to resolve the encounter how I intended to. It’s also important to realize that during his first playthrough, my assistant failed the chase, because Quantic Dream reads incorrect button pushes as failing QTEs, resulting in failing to save Connor, by accidentally pushing Circle, when X was prompted, regardless of how much time was in the event. But all of these barriers taken together mean that I can’t in good conscious recommend Detroit: Become Human to any players with fine-motor impairments. Unfortunately, because of these barriers I’m unable to speak comprehensively about auditory barriers in Detroit: Become Human, all I can say is up until the point where I could no longer play, nothing seemed to rely on sound, but since this was only about halfway through the game, I can not say emphatically that there are no audio barriers, which will be reflected in the games final score. On the whole, Detroit: Become Human was a massive disappointment. It promised a cinematic adventure where players could move at their own pace and not be penalized for lack of physical ability, instead we got a QTE slog where the games main selling point (the amount of choice) is severely limited by the player’s physical ability.