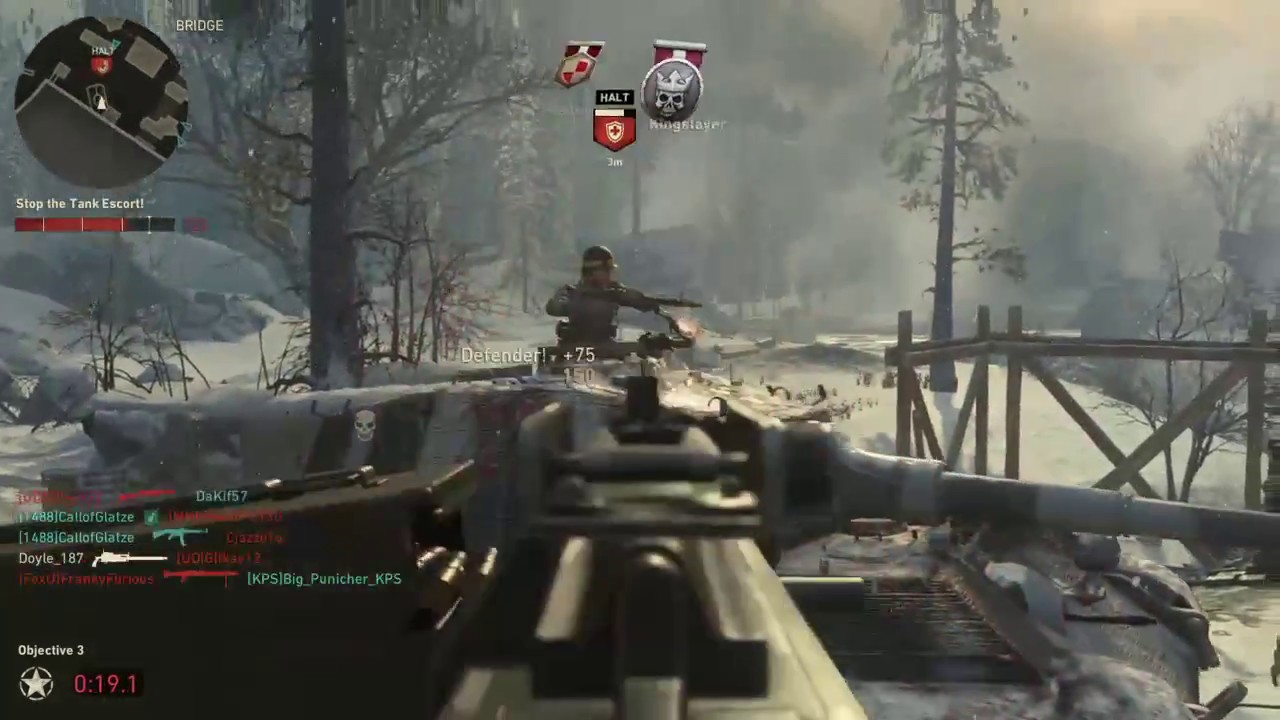 I was genuinely excited for Call of Duty: WWII, as I’ve felt the franchise had lost a lot of its appeal with its emphasis on science fiction over historical accuracy. In fact, I haven’t played a Call of Duty game for any amount of time since the original Black Ops, because I didn’t find the premise compelling. Therefore, I was surprised to see how far the Call of Duty franchise has come in certain areas of accessibility, while completely ignoring others.

To begin with, players with impaired vision should have very little problem playing Call of Duty: WWII, since the game not only features some of the most readable subtitles that I’ve ever seen in a game, but also multiple color-blind filters which ensure that a color impairment is no hindrance to gameplay. For players with every kind of visual impairment except total blindness, this Call of Duty is exceptionally accessible. The only slight complaint is that there is no static targeting reticle, which can make it hard to make fine adjustments while aiming, for players with vision or fine motor impairments.

Speaking of fine motor impairments, my first experience with Call of Duty: WWII left me impressed by what I thought was fairly accessible gameplay, but unfortunately, this evaporated quickly after progressing more than a few minutes into the single player campaign. On the positive side of things, the game is highly forgiving. The opening level is reminiscent of Saving Private Ryan, as you play as Private Daniels, tasked with storming the beaches of Normandy at D-Day. No matter how or where I died, I never had to retrace much of the same ground. This generous checkpoint system means that players who are willing to fight through the other inaccessibilities of this title will not be punished for failing, and asked to repeat the same gameplay ad nauseum. The other positive point is the extent of controller customization. While not fully customizable on the PS4, WWII features many different controller layouts, coupled with the ability to customize the sticks separately, it should be easy for most players with fine motor disabilities who already can access a standard game controller to find a layout that is at least partially workable for them. It would’ve been nice, however, to see more thorough controller customization, and here’s where we run into some of the strangest barriers I’ve ever seen in a first-person shooter. For example, I have to setup my controller so that aiming down sights is a toggle rather than a hold. Most first-person shooters allow players to adjust this option separately from the controller scheme that is currently equipped, in Call of Duty: WWII, this is only possible while using the NOM4D series of layouts. I’ve never seen this in an FPS before, where a specific non-button mapping related feature is tied to a certain controller preset. Unfortunately, this is only the first of a couple of odd choices that Sledgehammer Games made that forced me to warn off most fine motor impaired gamers from picking up this title. The next is the awkward way in which QTEs are implemented. In addition to the rapid button presses that players are familiar with, Sledgehammer has implemented an odd accuracy based QTE system, in which players have to guide a reticle to a target before being able to press whichever button the QTE requires. Combine that with the fact that many of the QTEs that I’ve encountered are multi staged, and therefore take a lot of stamina to complete, and the QTEs alone would be enough to seriously lower Call of Duty: WWII’s accessibility score. Unfortunately, the situation gets even worse. Long time readers of DAGERS will know that I’m not a fan of FPS’s that have cinematically oriented driving sequences. This COD has multiple sequences like this, which can turn entire levels into extended QTEs. Combine that with the lack of a targeting reticle, which makes it hard to make fine motor adjustments quickly, and none except the extremely dedicated disabled gamer should try to tackle this installment of such a storied franchise.

Fortunately, the level of accessibility for audio impaired gamers is much higher. As previously mentioned, Call of Duty: WWII features some of the most readable subtitles that I’ve ever seen in gaming, and in fact, in my opinion, Sledgehammer now passes Crystal Dynamics as the leader in subtitle implementation. Combine that with the fact that in my time with the game, I didn’t see a single instance of having to be able to hear and it is good to know that most players with auditory disabilities should be able to enjoy at least the single player and local multiplayer that Call of Duty has to offer.

On the whole, this game is one of the hardest I’ve ever had to grade. Sledgehammer Games really does seem to be making an effort to make their titles more accessible, as shown in their multiple color blind filters, their subtitles, and their checkpoint system, but it seems like there are gaps in their knowledge, meaning that while many of these features are appreciated, there are still plenty of room to grow, especially if Call of Duty is going to be a franchise that’s accessible to players with fine motor impairments.