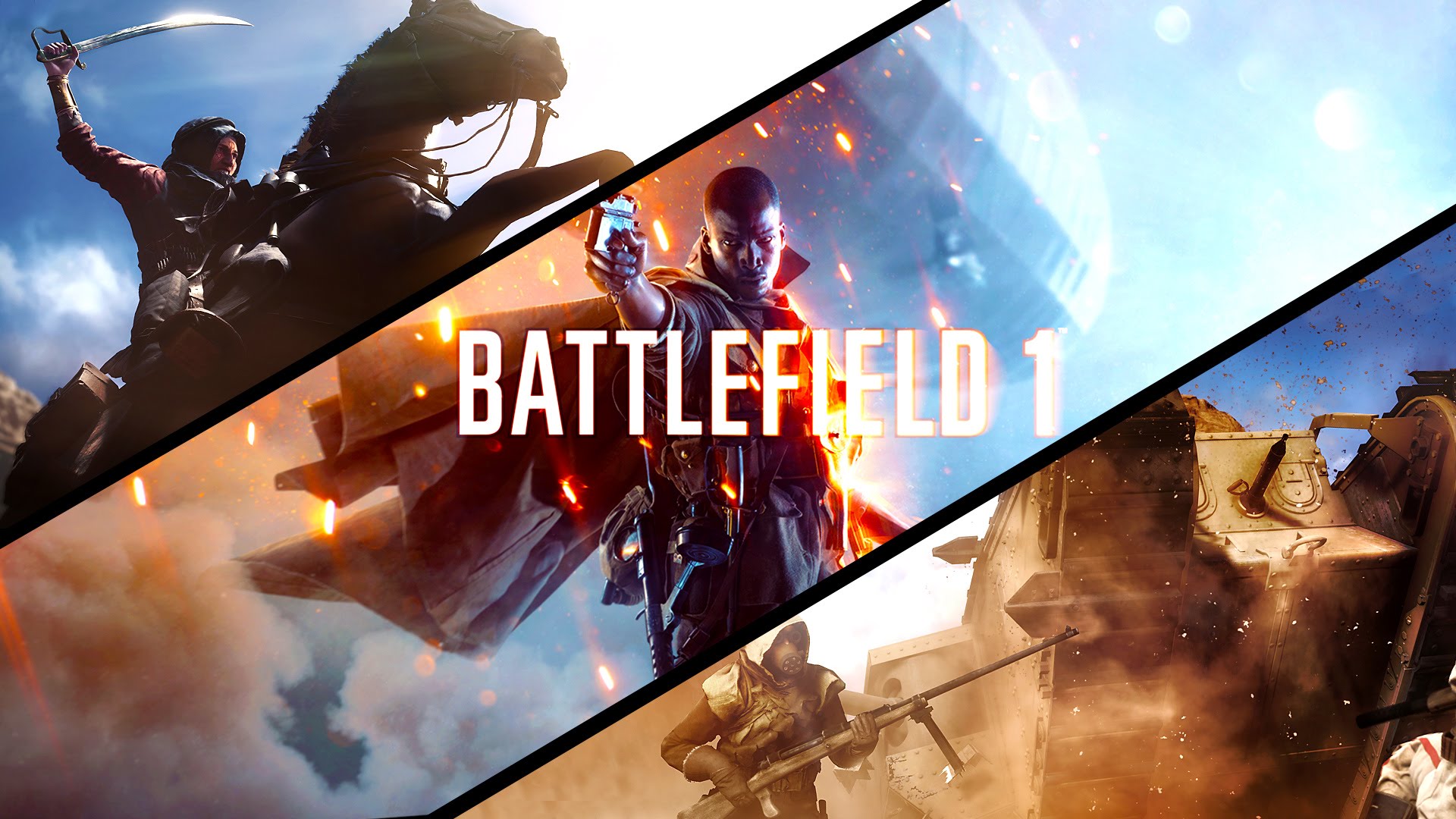 DICE’s first-person efforts have changed the genre for over a decade – and their latest entry continues that trend. Battlefield 1 sends players back to War War I – an era that hasn’t been showcased much in gaming. This may seem like a minor change, but it’s more dramatic than it seems because of how different the combat-based technology was back then.

Gone are the days of having drones and all sorts of modern-day weaponry to deploy whenever you choose. Your loadouts are still deadly but use planes, horses, tanks, and blimps to win the bigger battles. Rocket launchers haven’t been invented – but you can still mangle enemies with cannons. Blimps also give you a bit more versatility and allow you to attack from above or experience the thrill of shooting them down.

BF 1 starts off in dramatic fashion by throwing you into combat right away. On the front line, you’re told that you’re not expected to live – and you won’t. Every single soldier you control is given a name and their date of birth and death. It’s a touch I haven’t seen in an FPS yet and it makes every death impactful on some level. It also serves as a strong reminder that every soldier is a person and their lives matter.

The core action is fast – as it should be from a Battlefield adventure. Each of the six characters you’ll control in the campaign has their own take on the war. Each has their own specialties and is fighting for a different reason. Having a backstory makes you connect to each of them more and adds impact to the in-game events. It also means that the main campaign feels substantial and more than just a way to teach you how to do well before fighting online.

Still, being taught everything you’ll need to succeed on the battlefield does come in handy – even if controlling tanks, blimps, and then going on-foot can mess with your brain a bit when it comes to muscle memory. Online play is robust and you have a ton of different mode options to choose from. You’ve got team deathmatch, capture the flag, domination and the return fo rush mode. Variants include war pigeons – where you write a letter after grabbing a homing pigeon. You have to do this in real-time, so you need to stay still and thus become a target of everyone. It’s a challenge and a thrilling one at that. The agony of defeat will hit you more often than not here – but the thrill of victory is that much more exciting.

Your survival instincts are put through their paces there, while team deathmatch remains a go-to for quick sessions. It’s also completely insane and the hardest challenge to get used to if you just jump in because you do want to at least have a working knowledge of the vehicles before going into it unless you don’t mind being massacred every few seconds. Going with a specialized mode first is a far better strategy since you’ll learn the mechanics of the gameplay – but do so at a more controlled pace.

Taking your time and going through other modes first is a great way to learn the different classes for soldiers too. They’re all different when it comes to weapons, and you might find that starting off as a support character is your best bet. You get powerful weapons to use and don’t sacrifice any speed. This allows you to learn, do well on the battlefield, ratchet up in team rankings and generally be seen as an ally as opposed to a hindrance in combat.

The game controls exactly as it should – although you might get tripped up moving from vehicle to vehicle quickly. An on-screen guide you could bring up at any time would be nice – and a fine aid for anyone who has issues with their hands. Remapping does help things out though and if you have an Elite controller, you can always map things to the easier-to-access paddles than the face buttons if you can’t quite reach them easily.

Battlefield 1 is easily one of the most gorgeous games on the market right now. While the PS4 and PC versions may be a bit more immediately future-proof thanks to the PS4 Pro and hardware upgrades, the default Xbox One version stuns with a high level of detail in everything. You’ll really notice it on weapon details when you’re close to them and see different levels of lighting attached to different parts of the gun. You really see the beauty of the metal and that kind of care was also taken with environments – just to a lesser degree.

From a disability perspective, larger subtitles would definitely help things out. Small text hinders the experience for those with either poor vision or poor hearing – although the overall sound design is quite good outside of that issue. The large explosions can be felt instead of just heard, which is a huge help in figuring out what kind of action is going on if you can’t hear it.

Battlefield’s sound design benefits those without hearing issues and with headphones thanks to allowing you to hear where enemies are coming from with a good set of headphones. This is something that should probably be relayed on a HUD noting where enemies are at – but it might not be entirely possible due to the fast-paced nature of the game. Hopefully, a workaround can be reached in the future to remedy this because that would make FPSes as a whole easier to enjoy.

Overall, Battlefield 1 is an outstanding shooter. It’s one of the few FPSes on the market that actually makes you feel the loss of a war and the World War I setting helps it stand out. The frantic pace of the series may not be for everyone – but if it’s your cup of tea, you’ll enjoy it quite a bit. If you’ve never tried the series out and have an Xbox One, then get EA Access and try this out for 10 hours and then play Battlefield 4 and Hardline. Those without it should probably rent this first if they’re new to the series because it’s unlike either Call of Duty or Titanfall when it comes to pacing and it takes a lot of getting used to.