Developer of the Generation 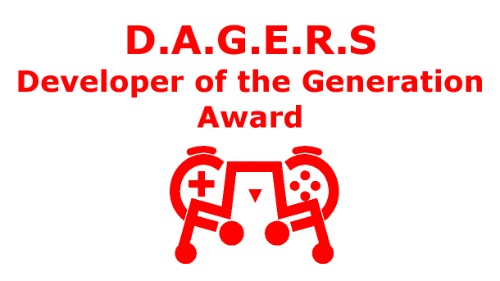 Even though DAGERS has only been around formally for the past two years, the staff at DAGERS are all familiar with seventh generation game titles. We felt that with the advent of a new generation, it was a good idea to reward a developer who, throughout the previous generation, made a habit of providing accessible games and DLC for disabled gamers. Bethesda Game Studios has done that. In short, the titles below represent the highest standards of both gameplay and accessibility for the physically disabled.

To begin with, it is fair to recognize that the three games which earned Bethesda this award were all in the same genre. It is true that RPGs like these are some of the most accessible experiences on the market, but Bethesda took the inherently accessible nature of the RPG and made it better with design choices that removed barriers for most disabled gamers.

For example, the extensive amount of character customization allows players with fine motor disabilities to enjoy all three of these titles through tailoring a character and an experience that best fits their limitations. Similarly, a lack of color coding and a clear object labeling system in each of these helps remove any barriers for the visually impaired. And while it is true that occasionally there are problems with cut-scene subtitling, which affects the accessibility for the hearing impaired, Bethesda should still be congratulated for creating such massive games that largely do not rely on sound.

Nevertheless, we are not awarding this honor based merely on the fact that Bethesda Game Studios has designed three popular and accessible games, but rather on the fact that these are three games that redefined the RPG genre in the seventh generation. While there are studios that have produced a larger number of accessible games, no other studio has produced multiple games that are as highly accessible as these are with the same emphasis on high quality game experiences. The fact that Bethesda Game Studios is smaller also helps the case for giving this award, because they produce only a limited number of games, which makes their pattern of accessible design stand out more prominently.

Even though these games are not perfect, the thing that we are acknowledging here is the incredible consistency that Bethesda Game Studios has exhibited when bringing accessible RPGs to the market. Every time Bethesda released one of these titles during the life of the last console, it represented an experience that was incredibly extensive, well designed, immersive, and incredibly accessible for most players with physical disabilities. That is why DAGERS has chosen to award Bethesda Game Studios the Developer of the Generation Award.