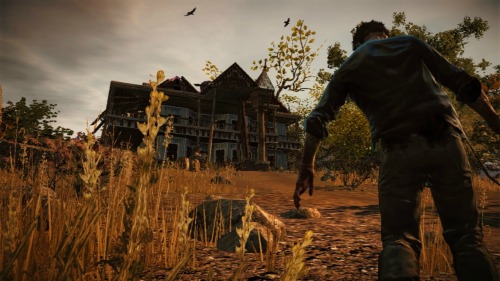 On June 5, 2013, the zombie apocalypse simulator, State of Decay, released as an Xbox 360 exclusive, and on November 5, 2013, the game was also released on PC. Following the PC release, Undead Labs, State of Decay’s developer, announced a patch that allowed for fully mappable keys for the game on PC.

PC games are often considered to have the most accessibility for disabled gamers due to the player’s ability to customize their gameplay either in-game or via PC mods. Undead Labs’ quick response to the PC community’s request for mappable keys provided disabled gamers with fine motor disabilities in-game accessibility. Now, gamers with fine motor disabilities can assess their survival and community building skills during the zombie apocalypse in State of Decay.

Following the announcement of the patch including mappable keys, DAGERS reached out to Undead Labs. Undead Labs’ Sanya Weathers agreed to answer a few questions for us ranging from the developer’s perspective of providing accessible features such as mappable keys and in designing games overall. See our interview below.

How did the request for mappable keys arise? How did Undead Labs decide to include the feature?

Remappable keys is, these days, a must-have feature for every game. PC gaming is a very individual experience, and players expect to be able to customize their controls to suit themselves. I personally remap my keys to reflect the control scheme of the first MMO I spent a lot of time in, as I imprinted on it like some kind of orphaned baby duck. At any rate, it was something our PC community flat out expected.

What is a layman explanation of the work required of the game developer to include mappable keys? Is the process difficult? Does it require a lot of time?

The basic process is the same for every game, of course, but how time-consuming it is depends on the individual game and how many people you have working on the project. What is true for us would not necessarily be true of other games and teams. For example, we are a small team, and while we were working on mappable keys, we were also working on a DLC pack, other aspects of the PC port from the Xbox 360, and more. Also, the decision to do a PC version of the game actually came after the interface had been designed. Mapping keys is more efficient when you plan for it from the beginning!

But okay, the actual answer to your question. I went to the programmer who did the work, a great guy named Chris, and he said, “Basically, you have to make your controls driven by variables that can be configured. Then you have to update all of your strings to support swappable controls. Then you have to determine the binding groups – so as to avoid controls that are fundamentally broken (using space for everything for example) – and set up the binding system. Then save it out and restore it.”

Lest that sound too simple, I should explain that as with State of Decay itself, there’s quite a bit more than the surface explanation would imply. “Strings,” for example, refers to all of the text in the game itself that references a control. “Press space bar to jump” is a string. You have to change that to reflect the fact that it won’t automatically be a space bar. And we’re not talking about a nice neat spreadsheet with every line of text sorted into categories. No, this is a text document. Ten of them, actually. And we hired Chris after the process started, so he came into it stone cold and made magic happen.

Overall, how are community requests assessed for what is added into a patch and what is not?

We look at what people want and weigh it against what we can feasibly accomplish. Size matters with updates. If an update or a new feature would take 6-9 months to deliver, it wouldn’t offer much value to our current players compared to smaller features we can deliver quicker. For example, the community was really vocal about wanting the ability to bring another survivor on missions, as an NPC buddy. We got that into the second or third update.

Something that affects usability is a higher priority than pie in the sky. We want people to enjoy playing.

Including a free demo allows disabled gamers the opportunity to experience whether their individual disability related needs are met in a game. The Xbox 360 edition includes a free demo. What went into Undead Labs’ decision to provide this free demo?

We do like to offer samples wherever possible. We are making a point of designing games with features and concepts that haven’t been done a million times, and so people understandably want to try things out. But with State of Decay, the platform dictates what we can do. Steam didn’t have a mechanism for us to offer the type of demo we have. XBLA requires the kind of demo we have.

Breakdown, the first DLC for State Of Decay, is a horde-like mode that adds increasing difficulty to address the common complaint that the game’s combat against zombies is “too easy.” What overall changes were made to create a harder game?

Oh, not just hordes. That’d be boring 🙂 The different levels have different factors. There are levels with fewer resources, levels with a severely restricted number of vehicles, levels with lots and LOTS of special zombies traveling in pairs or packs, and even a level where the red dots (indicating zombies) are missing from the minimap.

As an apocalypse simulator, State Of Decay includes characters who have characteristics such as asthma and shaking hands which impact their cardio or ability to accurately aim a gun. Are there any plans to include representation of a disability directly, such as deaf, wheelchair user, or blind characters?

The original game had a tight download size restriction, and the underlying systems are pretty massive. Remember, the survivors all lead independent lives when you are not playing as them. They gather supplies, eat, sleep, defend themselves, get into arguments, and more. If they see zombies, they react according to their personalities. Ditto hearing. Deafness and blindness would have required different AI, as well as modified systems when you as a player played as those survivors.

A wheelchair using survivor would have required additional animations, which doesn’t sound like much until you realize how up to the wall our space budget for animation already was. (As a matter of fact, Lily was originally pitched as a wheelchair user.) In other words, we didn’t for the same reason there’s no first person mode or swimming – we just plain didn’t have the space. I think it’s unlikely that we’ll be able to include those choices in this version of State of Decay.

That said, it’s no secret that our dream is a massive open world game set in this universe. And as you see from the game, we are committed to representing the widest spectrum of humanity in our worlds. Not to tick any boxes, but because the world feels more real when real people are in it, if that makes sense.

Open world games include varying levels of detail to sell the idea of a “living world.” For example, in State Of Decay’s beginning, at the Ranger Station the parking lot includes marked handicap accessible parking spaces. Can you speak to the design and development process about how the team decided on the level of detail to include in the game’s world?

The world should feel familiar to gamers everywhere. The finest compliment we get is when people all over the world say it reminds them of their hometown. Anyway, you just expect (or should expect) handicapped parking in any public space. I checked with our art director, Doug (who was an advocate for having wheelchair users amongst our survivors), and he said, “It’s one of those things that makes a place feel real. Like the signs for ‘quiet hours’ and camp hosts, etc; makes it feel more alive.”

Is there any other information about the game that you want to share?

Players interested in making suggestions should join our forum community, or email me with their feedback directly. For example, we got some great feedback recently from a deaf player’s perspective, and we’re including that new-to-us information in future design discussions, as well as seeing what we can do more immediately 😉