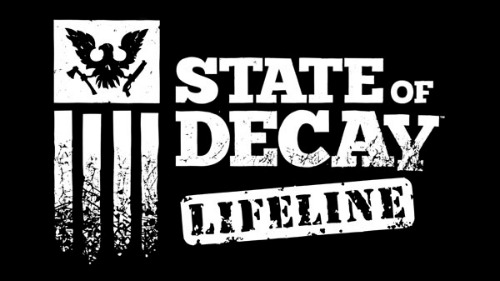 State of Decay, the Xbox 360 exclusive by Undead Labs which is also available on PC, is receiving a second expansion pack, State of Decay: Lifeline.

The base game released in June 2013 and the first expansion pack, State of Decay: Breakdown, followed in November 2013.

State of Decay: Lifeline explores the military perspective of the zombie apocalypse. Players control Greyhound One, a small military unit that survived the initial zombie outbreak, who are tasked to rescue scientists in Danforth, a city overrun by zombies. The scientists have critical research for combating and surviving the zombie threat. State of Decay: Lifeline occurs at the start of the zombie outbreak therefore civilization’s infrastructure remains in place but is quickly crumbling. Greyhound One has access to the chain of command and off-map support but resources are quickly depleting with no available replacements.

Rather than slowly build up a post-apocalypse society, Greyhound One must complete the mission within increasing chaos. Initially, Greyhound One will secure the Landing Zone for receiving supplies and shuttling civilians off to safety. Defending the Landing Zone and any rescued scientists is the top priority. Defenses include minefields and off-map artillery while available in the crumbling civilization but inevitably the only remaining defenses are onsite.

Traditionally in zombie lore the military is a one dimensional perspective that brings in firepower along with an inability to adapt to the post-apocalypse. Undead Labs, who includes military veterans on staff, is expanding the military’s narrative for the zombie takeover for a more comprehensive perspective on the military’s response to a zombie outbreak.

Based on previous fan requests, the most anticipated aspect of State of Decay: Lifeline is the introduction of a new map. No release date is announced but more information will be revealed in the coming weeks.

Undead Labs’ support for State of Decay with two expansion packs, one released and one announced, in less than a year of the base game’s release is impressive. State of Decay: Breakdown provides a substantial time investment for players who want to continue the experience past the initial game’s conclusion.

For disabled gamers, Undead Labs’ ongoing support for State of Decay underlines the developer’s willingness to interact with its fans which is particularly rare for a game without a substantial multiplayer component (State of Decay: Breakdown includes leaderboards). Player requests are taken into consideration and implemented into the game when possible which particularly benefits disabled gamers requesting video game accessibility features such as the post-release addition of remappable keys to the game’s PC edition.