Defining Overt and Hidden Barriers 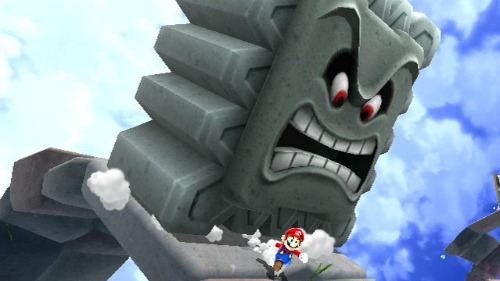 To what extent should players expect a game to be accessible? Should the makers of a game like Rock Band be forced to include a game mode that somehow makes the music enjoyable for the deaf? Should Nintendo be held accountable because the Wii is inaccessible to gamers whose hands shake? At what point is there a reasonable expectation that developers make a game accessible? These are not easy questions. And they are questions I have wrestled with since I first started thinking about this website.

The best answer I’ve come up with is that there are two kinds of barriers within the game industry. There are overt barriers, and there are hidden barriers. Overt barriers are the hardest to overcome, because they are part of the very nature of a game. For example, in order for Rock Band to be completely barrier free, a player with hearing disabilities would have to be able to enjoy the music, since game accessibility ultimately means giving as many players as possible the best opportunity of completely experiencing a game. The music is an integral part of the Rock Band franchise. To try to make Rock Band accessible to the deaf would require the developer to completely redesign the game into something different. A rose by any other name may smell as sweet, but a rose without petals, thorns, or a stem isn’t a rose at all. In other words, there are certain essential characteristics in a game’s identity which cannot be altered without changing the entire game—like creating a Rock Band game that doesn’t rely on music.

From the research I’ve done on game accessibility, there seems to be a small population of disabled gamers that would advocate dealing with these issues first. While some may think it a good idea for all games to be made barrier free, if the community begins by trying to fix the overt barriers first, they run the risk of wasting all their energy and getting very little in return. By trying to break down overt barriers, advocates are, in effect, trying to push certain types of games completely out of existence.

Hidden barriers are what advocates should deal with, and are what we deal with here at DAGERS. There’s nothing within the definition of a game like Call of Duty that would make it inaccessible for the hearing impaired. But if Black Ops 2 comes out and has no subtitles whatsoever, the game would be inaccessible to that group. But this inaccessibility would not be due to the fact that it is a Call of Duty game, or even a first person shooter. Rather, it would be due to the fact that the developer omitted the one accommodation needed to make the game accessible to someone who cannot hear.

Hidden barriers are barriers that exist in the game not because they are part of the game’s definition, but because they are part of the way the core idea of the game has been implemented. A perfect example of this would be the quick time events in the God of War series. God of War is an action game. This does not mean that it had to have quick time events that require rapid tapping to accomplish an action. Those types of QTEs were simply implemented to suit the developer’s vision for the game. It is that vision which is inaccessible, not the game itself.

Because hidden barriers, by definition, are not part of the identity of the game, they are the easier to fix of the two types of barriers. After all, how can we expect developers to take the time to design a special mode for Rock Band so that the deaf can enjoy it, when developers still don’t take the time to make sure that first person shooters have accessible controls?

So, while I still have some very prickly questions that I need to work through regarding game accessibility, I do know this: Only after developers adequately address hidden barriers can advocates hope to address the issue of overt barriers and games that by their very definition are inaccessible.