DAGERS’s Developer of the Generation Nominees 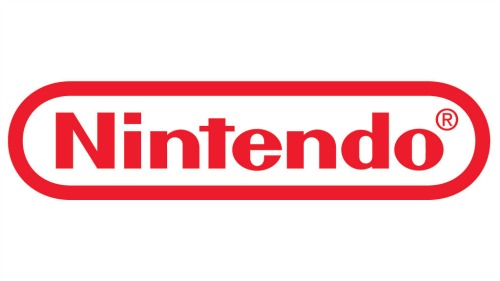 Before we close out the year, DAGERS has two awards to give out. The first is given in acknowledgment of a pattern of accessibility established by certain developers throughout the seventh generation. These five nominees have all released games that represent the standard for accessibility within particular genres or hardware platforms. And although we will wait to announce the actual winner of the Developer of the Generation award until after the first of the year, these five developers should be congratulated for the strides they have made in making gaming accessible.

Nominated For: New Super Mario Bros. 2, Super Mario 3D World, as well as other New Super Mario Bros. games
Although Nintendo is one of the world’s largest developers, they have done something remarkable in this last generation from the standpoint of game accessibility. They have managed to successfully reboot the Mario franchise, which is historically one of the most inaccessible franchises on the market, and they have made it not only more fun for able-bodied gamers, but also more accessible disabled gamers. With games like Super Mario 3D World, and New Super Mario Bros. 2 on the 3DS, Nintendo has managed to bring the platforming experience to a level where it can be enjoyed by more disabled games than ever before, through more forgiving gameplay, a greater variety and number of power ups, and little reliance on color or sound. And while not all of Nintendo’s games are perfect, their more accessible reboot of the Mario franchise in the seventh generation definitely earns them a spot on this list.

EA Bioware
Nominated For: Dragon Age, Mass Effect, and Star Wars: The Old Republic
Throughout the seventh generation, EA Bioware has focused on bringing consumers story-driven games. As a result, they have given the disabled community some of the most accessible RPG experiences available. And while they are not totally barrier free, the Mass Effect and Dragon Age franchises deserve recognition for the amount of control and choice that they give the player, as well as for their forgiving gameplay and sheer variety—variety which allows many players to experience the story of the game in a way that compensates for their disability. The other remarkable thing that EA Bioware did this generation is open the MMO genre to an entire community of disabled gamers that previously could not experience it. The fact that SWTOR features a fully-voiced dialogue system means that players who have difficult seeing the text in other MMOs can experience the genre for themselves. Combine this with the accessibility of Bioware’s open world single player games, and it is easy to see why they have earned their place on this list.

Bethesda
Nominated For: Fallout 3, Skyrim, Oblivion, and Dishonored
Unlike most of the developers on this list, Bethesda’s games uniquely represent a consistent standard of accessibility. Whereas larger developers make lots of games, not all of which are equally accessible, it has been my experience that whenever Bethesda puts their name on a product, there is a good chance that I can get full enjoyment out of it, even despite my fine motor disability. This is because the developer puts lots of emphasis on player control and choice, which means that even if barriers arise in one area of these games there are usually several other avenues that the player can take either to accomplish a goal or simply to enjoy the game. Combine that with a heavy emphasis on player control throughout many of the games that have released through the seventh generation, and there should not be any mystery for why they were nominated for DAGERS’s Developer of the Generation.

Game Freak
Nominated For: Pokémon Diamond, Pearl, Platinum, SoulSilver, Black and White, Black and White 2
Game Freak makes one series of games. And they do it extremely well. Beyond that, the Pokémon series is so accessible that it has practically become a shoe-in for anyone who cares to talk about the most accessible games each year. This is because Game Freak has nailed the classic formula and refuses to deviate from it. And yet they’ve still managed to reimagine the franchise from game to game to keep it fresh, while maintaining its core accessibility. The bottom line is, the Pokémon games made by Game Freak are completely accessible, whether you have a hearing disability, a sight disability, or a fine motor disability. They are the best place to start if you have a disabled child who wants to game, and they continue to provide an accessibility constant with each new release. It is for this reason that even though Game Freak does not offer the same variety as other developers on this list, they still deserve a nod as one of the most accessible developers of the seventh generation.

Warner Bros. Interactive Entertainment
Nominated For: Batman: Arkham Asylum, Batman: Arkham City, Injustice, and Scribblenauts
Warner Bros. Interactive Entertainment may not be the first developer that players think of when they hear about accessibility, but let us look at some of their games. The Batman Arkham series is a stealth-based franchise that gives the player all the tools they need to stalk the night like Batman. The games are forgiving, easy to control and (until recently) have not employed quick time events that posed much of a barrier. Beyond that, with the release of Injustice: Gods Among Us, Warner Bros. set the standard for what an accessible arcade fighter should look like—in a word, lots of different fighting styles to fit players’ needs, and full controller customization. With these two series alone, they deserve some recognition for the games they have made that are reasonably accessible. But when you add slightly less accessible games that still are fairly playable for gamers with certain disabilities, such as the LEGO and Scribblenauts franchises, Warner Bros. deserves recognition not because of the perfect accessibility of its games, but because of the variety of games that they make available to the disabled gaming community.

Not all of these developers come up to the same level of accessibility. But they each in their own right have done things in the seventh generation to make the gaming landscape friendlier for disabled gamers. This list is not in any particular order, and we will be posting the winner shortly after the New Year. Which developer do you think made the best accessible games for the seventh generation?