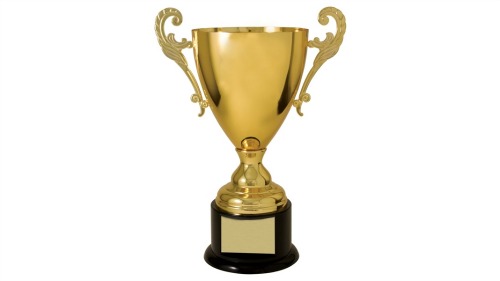 With 2013 closing out, it is time to look back at the best of the best in accessible gaming this year. The eight games that are on this list have all been nominated for the DAGERS Diamond Award (our new name for the Game of the Year), and we will announce the winner in a little under two weeks.

The games are arranged by their release date, and not according to any graduated scale of accessibility. Not all of these are up to the same quality or accessibility standards, but they were the games that were rated Barrier Free by DAGERS this year, and thus deserve at least to be acknowledged for that. The actual winner will be the game that best balances great gameplay and a reasonable standard of accessibility. With that said, here are your DAGERS Diamond Award nominees for 2013.

Fire Emblem: Awakening
February saw the release of the much-anticipated Fire Emblem: Awakening, a time sink of a turn-based RPG that features deep character customization, dozens of optional side activities, and a surprisingly complex turn-based combat system. Thankfully, this game is equally to be enjoyed by both able-bodied and disabled gamers thanks to its turn-based mechanic, which makes it playable with a single finger if necessary, and features little reliance on sound, color, or fine detail. Fire Emblem: Awakening represents one of the few games this year that was completely accessible without making any special changes to the formula to accommodate disabled players. Given the fact that its underlying concept is so accessible, there should be no question as to why Fire Emblem: Awakening is nominated here. Read our review here.

Bioshock Infinite
Late March saw the release of the first major accessible blockbuster of 2013. Bioshock Infinite did things with its story and gameplay that caught the eye of other critics around the industry, but from the standpoint of accessibility it is doubtful that there has been another first person shooter that is anywhere close to as accessible as this latest tile form Irrational Games. This was due to an extremely forgiving gameplay setup and to the addition of one of the game’s seminal characters. The fact that Booker’s charge, Elizabeth, actually contributed to the gameplay and the story has been talked about by other reviewers, but from the standpoint of accessibility, her contribution made the frantic shooting sequences found in Infinite more bearable for gamers with fine motor disabilities. The art style that overstated everything making it easy to see meant that visually disabled gamers had no problem enjoying the diversions of Columbia. Finally, the thorough subtitles and written transcripts of in-game audio logs also let deaf and hard of hearing players fully enjoy this steam punk romp. Read our review here.

Injustice: Gods Among Us
WB Games set the standard for an accessible arcade fighter when they released Injustice: Gods Among Us in April of this year. This is because, even though arcade style fighters do pose inherent barriers to gamers with fine motor disabilities, Warner Bros. did as much as they could within the constraints of the genre to make the game accessible, by providing fully remappable controls, fairly forgiving gameplay, and even a fight stick that came with the tournament version of the game. Players with hearing impairments also had no problems accessing this game, due to its comprehensive subtitles. The only thing visually impaired players had to worry about was the very infrequent mirror match, which did not pose much of a problem due to the many costumes for players to choose from. While it is true that taken in a vacuum, Injustice may not seem that accessible, the fact of the matter is, it is the most accessible arcade fighter to date, and deserves to be recognized as such. Read our review here.

The Last of Us
The same can be said for Naughty Dog’s The Last of Us. Taken in a vacuum it may not seem like a viable candidate for the DAGERS Diamond Award, but before saying that, one should look at the strides it did make towards game accessibility. The game did feature a dark color palette, but this posed no barrier to visually impaired players, because of the listen mode, which turned Joel’s field of vision into a radar-like display, showing all enemies within a given distance. There were lots of quick time events, which normally pose a massive barrier to fine motor impaired gamers. But given that the vast majority of these quick time events could be avoided by the use of stealth, and that those which could not be bypassed were forgiving enough for me to play through completely, despite my fine motor disability without needing help, and one can see that QTEs are not really the issue. Combine that with thorough if not comprehensive subtitles for the hearing impaired and other features like on-the-fly difficulty changing, and even the lack of controller customization really does not pose an issue for this game. What Naughty Dog effectively did was to take the action-adventure genre (with is usually fraught with barriers) and create an experience that was massively more accessible than even previous Naughty Dog titles. Read our review here.

The Bureau: XCOM Declassified
This title is an illustration of not every accessible game being of the same type or quality. A lot of people looked down on this game because it was a corny sci-fi shooter. I loved it for that reason, but even more for its accessibility. Its squad-based mechanics that let players stop the action and issue orders made it accessible for players with fine motor disabilities, and its minimal reliance on color and fine detail meant that The Bureau: XCOM Declassified posed no barrier for players with visual disabilities either. Beyond that, the thorough subtitling and little reliance on sound ensured that all gamers could know what was going on, no matter what disability they had. And while it is true that The Bureau: XCOM Declassified is not perfect from a game play standpoint, it did a good job of providing an enjoyable escape for disabled players in the form of a ‘50s era alien fire fight. Read our review here.

Diablo III Console Edition
Diablo III made it on our Game of the Year list last year, so it might seem redundant to include the console edition on this year’s list as well. But the fact of the matter is that it was impressive how Blizzard was able to port the game over in such a way that it kept its core accessibility. The game play on the console edition of Diablo III was just as forgiving, subtitles were just as thorough, and the visual palate was perhaps even easier to see given that the game was now playing on the TV instead of on the computer monitor. Another accessibility plus that Diablo III Console Edition had over the PC version was the elimination of the always online requirement, which has the tendency to exclude many disabled gamers from enjoying a title. Read our review here.

The Legend of Zelda: The Wind Waker HD
The second rebooted game on our list, The Legend of Zelda: The Wind Waker HD is another case of a developer doing all it could to make a game more accessible. Revamping the game’s already gorgeous visuals made it even easier on visually impaired gamers, while making full use of the Wii U’s Gamepad (both as a second screen and as a primary gaming device) helped everyone from those who could not see the TV screen well to fine motor impaired players who did not want to struggle with accessing the inventory. The truth is that although the Zelda franchise has not been the most accessible franchise in gaming history, The Wind Waker HD did more to make itself accessible to disabled gamers than any previous title in the series. Read our review here.

Pokémon X and Y
The final game on our list released in October and is perhaps the most obvious choice for the DAGERS Diamond Award. Pokémon X and Y are two games that continue a long line of inherited accessibility through the Pokémon franchise. It does not matter who you are, the only barrier to enjoying Pokémon X and Y is whether or not you can physically access Nintendo’s handheld. If a player can, they will be given an experience that is completely accessible, whether with a visual, fine motor, or auditory impairment. Even though it may be predictable, Pokémon X and Y should still be acknowledged for their accessibility, even if they simply stick to an already accessible formula. Read our review here.