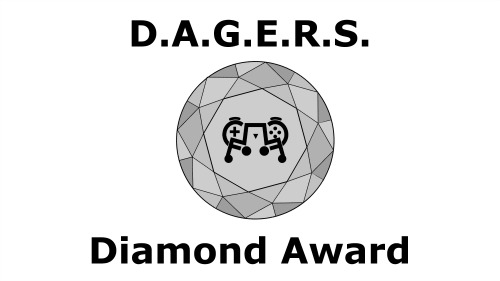 This year, we have renamed our game of the year award. The first ever DAGERS Diamond award goes to the game in 2013 that represents both the highest standard of gameplay and the highest standard of accessibility. It goes to a game whose story would belong equally in a Pulitzer Prize winning novel as in a video game, and whose gameplay was the perfect balance of challenge and fun, even for players with disabilities. The first ever DAGERS Diamond Award goes to Naughty Dog’s The Last of Us.

Other critics throughout the industry have been pouring praise on The Last of Us, and it has already garnered multiple game of the year awards. From the standpoint of accessibility, the situation is no different. The Last of Us represents the highest level of polish and storytelling perfection seen in the game industry. Thanks to some very wise choices by the developer Naughty Dog, this experience was as accessible for most physically disabled gamers as it was for able bodied ones.

To begin with, players with visual disabilities had no problem enjoying this game, given its minimal reliance on color and fine detail and an item selection system that made even the smallest interactive elements of the environment highly visible. Likewise gamers with hearing disabilities had little problem with this game because of the extensive subtitle system and its listening mode, a feature which made everything that the main characters heard visible. This is important because the standard for stealth-based games is that they are not as accessible for hearing impaired gamers because of their reliance on sound. Even though The Last of Us still relied on sound, the use of its listening mode made it possible even for those who could not hear to enjoy the game fully. Finally, gamers with fine motor disabilities would find The Last of Us the most accessible action/adventure game to date—not because of a lack of QTEs (the game is rife with them), nor because of an extensive degree of controller customization (there is none), but rather because of the game’s extremely forgiving and open nature. This allowed players to make their own path through the game world, and thereby avoid most QTEs.

While it may seem strange to award this to a game with no controller customization, the fact of the matter is that The Last of Us did more than most games in the action/adventure genre to make itself accessible, by including things such as on-the-fly difficulty adjustments and a heavy emphasis on stealth.

Because The Last of Us is such a great game that it is getting accolades from non-accessibility related awards. And since the game is also so highly accessible compared to other games in the genre, is receiving the first even DAGERS Diamond Award.

This points to one of the core beliefs at DAGERS: We do not think accessibility should be looked at to the exclusion of all other elements in a game. If this were the case, no game would be truly accessible, given the sheer number and variety of physical disabilities that affect gameplay. Rather, games should be looked at within the constraints of the genre and within the developer’s vision to determine what types of accessibility are viable. Naughty Dog did a fantastic job creating a game which represents a high degree of accessibility that fits both the genre and the vision.