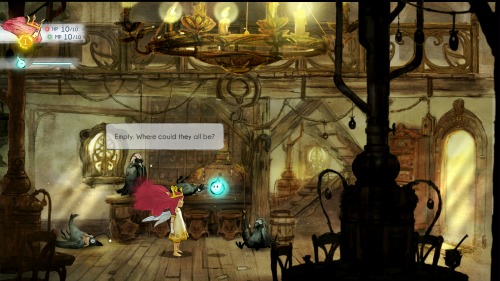 A new trailer is available for Ubisoft’s Child of Light which is a 2D RPG that features a watercolor based art style. The trailer highlights the inspiration for the game’s art.

Child of Light is the story of Aurora who is trying to recover the sun, moon, and stars of Lemuria after the celestial bodies were stolen by the Black Queen. The developers describe the game as a “playable poem” and an “animated poem” due to the combination of the watercolor based art style and dialogue that is written entirely in rhyme. The UbiArt engine allows for the concept art to be directly inserted into the game.

Child of Light’s turn based combat, co-op gameplay, and comprehensive subtitles due to no voice acting suggests a high potential for an accessible game. Check back in this space after April 10, 2014 for our disability accessibility review.