CES 2014 For The Disabled Gamers 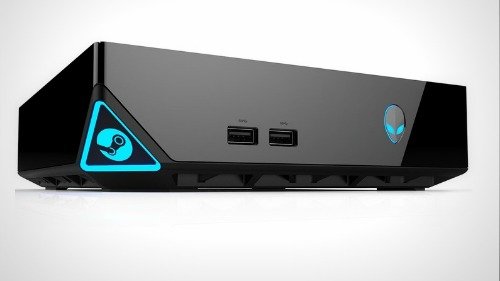 Video game technology is evolving rapidly, and at CES 2014 many of the new gaming possibilities were on display. Much of the new technology blurs the line between console and PC gaming.

DAGERS previously covered Sony’s Playstation Now here as well as Razer’s Project Christine and Nabu here. More and more gamers are given increasing options for personalizing their gaming and overall entertainment setup. For disabled gamers, the options allow us to address our disability related needs by playing to our strengths rather than a system that inherently restricts us based on our disabilities.

Check below for our CES 2014 technology highlights for disabled gamers.

The gaming world was rocked in 2013 by Valve’s trifold announcements of SteamOS, SteamMachines, and the Steam Controller. Steam, the popular gaming conduit for PCs, is moving from its software roots to hardware that is supported by its own software. At CES 2014, Valve released 13 Steam Machine configurations created in partnership with Alienware, Falcon Northwest, Digital Storm, iBuy Power, CyberPowerPC, Origin PC, Gigabyte, Material.net, Webhallen, Alternate, Next, Zotac, and Scan Computers. Prices ranged from $500 to $6,000 and Valve revealed that the companies have the creative leeway for creating their own Steam Controllers.

The default Steam Controller converts the keyboard and mouse into a console controller. However, the Steam Controller with analog sticks replaced by mousepad-type tracking that differentiates between the inner and outer circles as well as buttons placed in the controller’s center potentially requires great physical dexterity to operate. Previously, Valve stated that a keyboard and mouse are usable on the Steam Machines. Potentially, the Steam Machines will give disabled gamers the flexibility of choice that allows for an accessible port of PC gaming into the living room. Many questions remain, including affordability and the need (or lack of) hardware upgrades.

For disabled gamers, the Oculus Rift is such an unknown that it is hard to consider accessibility. Questions abound about how the head gear sits atop a head wearing adaptive equipment and how disabled gamers who use adaptive equipment on their gaming screen can use the headset and more. General excitement for the technology is indisputable as many hope for a retail product sometime within 2014.

Airtame is an HD dongle for wirelessly mirroring a computer screen onto another display or displays via a WiFi network. The HDMI dongle is plugged into the second screen and multiple dongles can be installed allowing the computer user the option of choosing which dongle to project to or to choose multiple screens. Screens can be duplicated or extended for projecting or multitasking. Airtame boasts screen duplication, extended desktop, multiple screen duplication and PC to PC screen sharing which is not provided by its competitors such as Chromcast, Apple TV, and Miracast. Airtame’s Indiegogo campaign can still be supported here which includes an $89 dongle. Airtame won 2014 Best of CES, Best Startup.

For disabled gamers, Airtame moves PC use, including gaming, to the television screen whether gaming on a larger screen or multitasking amongst multiple screens. Projecting a PC game onto the television allows for multiscreen use such as gaming in one while following a walkthrough in the other or simply ease of dual screens for a PC without worry about the graphic card’s capabilities. Concerns with streaming remain regarding lag and connection drops.

For DISH users, DISH Virtual Joey is an app for 2013 and 2014 LG Smart televisions as well as for Sony’s Playstation 3 and Playstation 4. DISH’s main set-top box is the Hopper, and the Joey (a multi-room extender) allows cable access throughout the house. The Virtual Joey eliminates the need for the physical hardware. Instead, control of live television, recordings, and the use of the television guide are all available via the app. On the Playstation 3 and 4, the app is operable with a DISH remote or a Playstation controller. Dish Virtual Joey won Best of CES 2014, Best Video Product.

Available content is becoming a bigger differentiator between technologies. For disabled gamers who subscribe to DISH and who want to consolidate their gaming and overall entertainment use, DISH Virtual Joey allows for software streaming of DISH cable, giving an app edge for the Playstation 3 and 4 consoles as well as for 2013 and 2014 LG Smart televisions.

The Tobii Eyemobile allows eye control for hands free use of Windows 8 tablets. Tobii EyeX is an interface that allows screen control via natural eye movements.

Tobii Technology began to design an eye-tracking system for gaming in 2013 but required assistance to bring their eye-tracking game controller to consumers. SteelSeries joined Tobii Technology to make this a reality. Developer kit preorders costs $195 with a retail unit expected around the end of the year.

The Tobii EyeMobile won best 2014 CES Innovations Design and Engineering Award for Accessible Technologies. The Tobii EyeMobile translates all required touch gestures on Microsoft’s Windows 8 tablets into eye gazes for complete use of the tablets via eye gazing. Tobii EyeMobile consists of the Tobii PCEye Go eye tracker, an EyeMobile mounting bracket and a standard Windows 8 Pro tablet. Tobii Gaze Selection is the interface which can also be paired with switches. The Tobii PCEye Go is the eye tracker that connects via USB to the tablet, and the tracker can also be used on Windows desktops and laptops.

For disabled gamers, eye tracking as a controller (not just an add-on) is a great possibility for out-of-the box accessibility. The Tobii EyeMobile grants overall PC accessibility with eye gazing. Whereas the EyeX Engine gives developers in-game eye gazing commands such as the ability to overlay the game screen with quick menus that are accessed by gazing at the icon.

KeyMander by IOGEAR is a USB based emulator of a mouse and keyboard controller onto consoles. Currently, Playstation 3 is supported, and free firmware updates will be available in early 2014 for Xbox 360, Xbox One, and Playstation 4. The KeyMander connects to the console as well as to a keyboard and mouse via USB. The software supports macro programming (up to 16 button sequences onto one keyboard key), turbo settings (up to ten consecutive button presses within a single press), speed adjustment, key mapping, and more that are accessed by plugging the device into a PC. The KeyMander can also be played out of the box. Up to 31 groups allow for eight profiles within each group, where profiles can be grouped for different gameplay types and for individual gamers to personalize their setup on the same KeyMander. Additionally, KeyMander boasts hotkey profile switching during live gameplay. KeyMander was nominated as a 2014 CES Innovations Design and Engineering Awards Honoree in Gaming Hardware and Accessories. The device retails for $99.95.

For disabled gamers, KeyMander brings the keyboard and mouse onto consoles. With a variety of profiles that can be switched during gameplay, KeyMander gives disabled gamers the option to instantaneously switch their key mapping setup for different segments within a single game. The high level of personalization allows disabled gamers to address in-game gimmick-based control schemes that are not widely used in-game but which are required to progress.