Bring Out the Fighter Within On The Xbox One 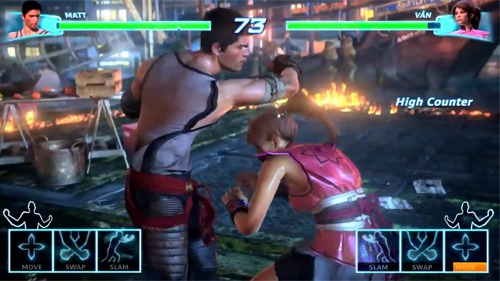 While the trailer’s gamers are clearly actors, the trailer shows in-game action rather than only scripted sequences. Onscreen prompts showcase the movements required for different actions and are reminiscent of the visual instructions for Xbox 360’s flagship Kinect franchise, Dance Central. Simple diagrams show crossed arms to “swap” or lifting one’s leg up and bringing the knee to the chest for an “attack.” In the trailer, the moves displayed on the screen are on a cool down. Above the icons is the “super attack” where the player flexes for a charged move. Additionally, the trailer shows free fighting with kicking, punching, and blocking, which suggests that the displayed moves are special attacks outside of the core combat.

Motion controls remain a niche game genre with only a handful of Kinect for Xbox 360 titles considered to be successful implementations of the motion control idea. Fighter Within aims to be a day-one game that immediately makes full use of the new technology. You can view the launch trailer here.

Full-body motion controls are clearly inaccessible for disabled gamers such as wheelchair users who lack a range of body movements. Whether or not the title includes controller support is unknown.

Kinect titles typically feature clear visual instructions for the needed motion controls but often do not include captions or subtitles for audio instructions or in-game dialogue. Whether or not the Kinect for Xbox One changes this status quo remains to be seen.