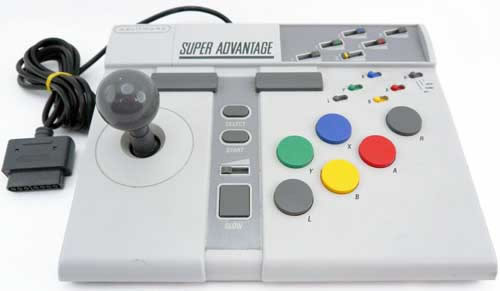 I am a console gamer. I grew up in the 16-bit era. The games were fun, but many were unforgiving, even on easy (if they had a difficulty setting). When a game was not accessible, that was it. I could try and try, but the only things I could do was enable cheats (where allowed) or use passcodes to skip ahead and try another level. I think my all-time favorite was learning that by jostling the cartridge you could “hack” Sonic 3D Blast to get to level select. I tried that with many a game to no avail. There were some experiences that I just could not enjoy.

The other way to get around physical issues was with the use of peripherals. The first and most common that comes to mind is the arcade stick. For nearly every console I owned until the invention of analog sticks I used arcade sticks. My disability is left hemiparesis, a type of cerebral palsy that makes my left side weaker than my right. I can walk with an altered gait and a slight limp. I can use both arms but have no individual finger movement in my left hand. What I can do is open and close it, and that enabled me to grip a joystick. So that is how I started.

Most home joysticks had an advantage. They had little switches, for each respective button, that could alter the way buttons functioned. Traditionally, the switches had three positions: Off (function normal), On (allowed you to hold the button down to function as a rapid tap a.k.a semi-auto), Auto (automatically repeatedly presses the button for you). Some controllers, like the “Super Advantage” for the Super Nintendo, also allowed you to adjust the speed of the functions. That joystick went so far as to have an auto function for the start button that functioned as a basic slow motion. I used this controller all the time and, it was a dream come true. Some examples: Those button mashing minigames for Kirby Superstar and the first part of the final boss in Milky Way Wishes.

When playing against friends in games like Killer Instinct, I never used the auto or semi-auto advantages, just the joystick. Friends still claimed I had an advantage. I’ll admit my 127 hit combo with Jago was pretty badass, I’d accuse me of cheating too. The name of the controller did nothing to dissuade them from their belief. So I became creative: I challenged them to play against me without moving the fingers on their left hand. When faced with a challenge of empathy in most cases it helps one better understand, even in youth. When playing co-operatively with friends, they changed their minds. They wanted me to pull out all the stops, and use auto-button presses.

When I got a Nintendo 64 that changed. For the first time, I could play one handed and not be at a disadvantage. I used the same controller as everyone else. My first thumbstick, I no longer had to worry about my left hand. For the first time, I felt like no game was going to be off-limits. Games were less frustrating because of a barrier and more challenging because of the intended difficulties that everyone else faced. I also had a PlayStation 1, and if you can remember that far back, which I’m sure some of you can, it started without thumbsticks. When Sony added them in late 1997 many games did not support them (e.g., Bloody Roar 2), so I was still using the old trusty arcade stick.

Thumbsticks were a blessing and a curse. In addition to character movement, the camera was also in the player’s control. Many games automatically adjusted the camera, but for those that did not, this became a headache. I couldn’t use the thumbstick with my left hand. It was too small to grip with a full hand. So I got creative. I avoided the left shoulder buttons, remapping if necessary/possible. Right thumb was the left stick, just like the Nintendo 64. The rest is context dependent. Typically my index and middle fingers are used for face buttons. When the right triggers are necessary, usually for shooters, I use my middle finger for the trigger and only my index for face buttons. If both triggers are needed, I use my ring finger for the back trigger. If I need to control the camera, I use my index figure on the right stick and middle for the face buttons or triggers. In some instances, I use the interior of my index finger knuckle to control the camera, so that I can still use my index and middle for face buttons. Combining this with remapping usually gets the job done but isn’t what I would call accessible. I have been honing this method since the late 1990s and switch between all of these styles on the fly.

Interestingly, as consoles became more accessible, handheld gaming devices like the Gameboy became less accessible. I could use a very simplified version of my method on an original Gameboy, Gameboy Pocket or Gameboy Color. Thumb for d-pad index and middle for AB buttons. It all went downhill with the Gameboy Advance, like the Sega Game Gear and Neo Geo Pocket before it, accessibility was traded for a bigger screen and extra buttons. This wasn’t the only barrier. The Gameboy Advance made it so that my method would force my hand to cover the screen. The Gameboy Advance SP fixed this issue, but then it returned with the DS. I still played a few handheld games. My addiction to Pokemon went unaffected as turn-based was still friendly to my play style.
If I am particularly interested in an inaccessible title, I’ll watch an online playthrough. For games that are too difficult sometimes that is the only way to enjoy them, like Killer7. I loved and hated that game. The art and story are incredible but for a single-handed gamer having to use both sticks as well as the left and right triggers is absurd. It was inflexible and impossible even on easy. You will see it on my list of my favorite games, but you will always hear this part as well. It’s rare that I can’t play a game at all even on easy. For me, watching playthroughs takes away core pieces of the enjoyment. What was intended to be an interactive journey filled with challenge and reward is now a passive journey akin to watching an unnecessarily long padded movie. How many times can you watch the same model of an enemy be killed the same way before getting to the next part of the story? People don’t notice this when actively engaged.

For me, like so many others the story and gameplay are what’s important. The story is what immerses you, and the gameplay is what keeps you invested. Otherwise, it could just be a movie. My favorite titles are: the Bioshock series, Red Dead Redemption, Devil May Cry 3, the God of War series, the Fallout series, the Yakuza series, Prototype 1 and 2, the Batman Arkham series, Killer7, and Injustice 2. I have a particular interest in superhero titles for reasons I will explain in a separate article. Most recently as a lover of story, I have revisited the Uncharted series. While I can’t add them to my favorites just yet they certainly are headed in that direction. I was plagued by the difficulty of Uncharted so much so, that after failing to get past the first demo due to the difficulty of the shooting controls, I set it aside and moved on. It was later that I learned that another gamer had talked to the Uncharted team to get them to address the unintended difficulty that hampered the journey. I have since picked up the games and started to play them again.

I like a challenge, but I don’t like to be frustrated. It is a delicate balance and games can go in either direction. That is why it is important to have accessibility options, one of which is scalable difficulty. It was and is a saving grace. Today I find myself playing on normal, but back in the 16-bit days easy was hard enough. Difficulty scaling is one of gaming’s saving graces for people with disabilities. Entertainment should not be a frustration. To me, accessibility means that gamers, regardless of limitation, should be able to enjoy the experience all the way through without encountering something insurmountable. It does not mean that a game should be able to be beaten on the hardest difficulty by everyone. It means being able to complete the game from the beginning to end of the narrative (core and optional). Yes, there may be some challenging parts, but the challenge should be scalable. One may not be able to get every trophy or achievement, but they can at least experience all that the game has to offer on the easiest difficulty.