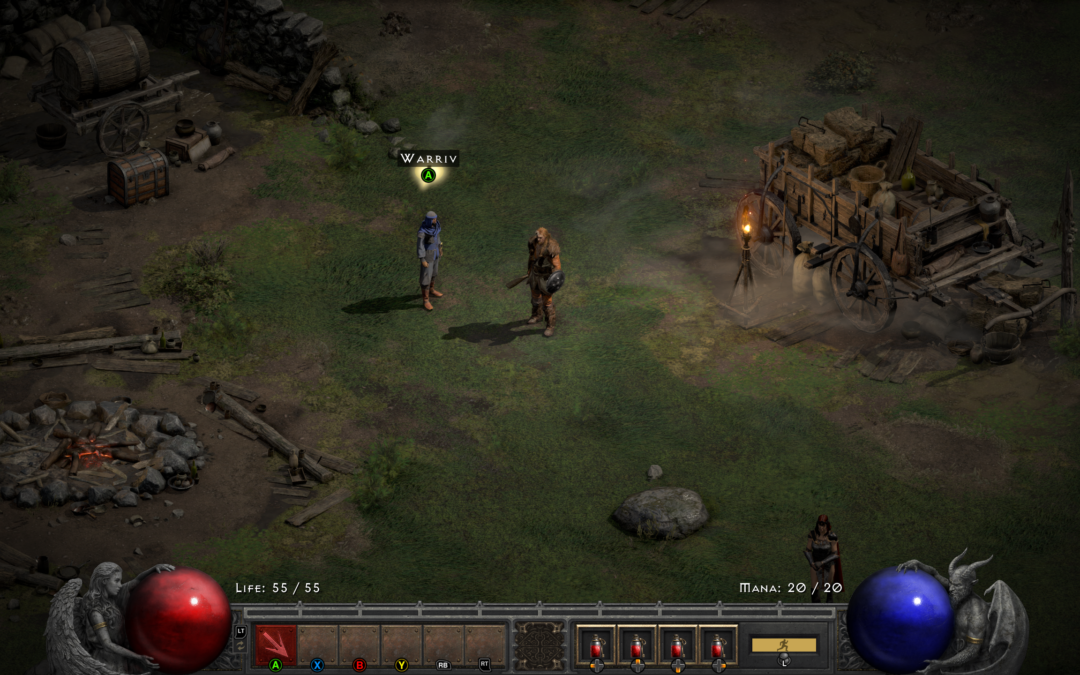 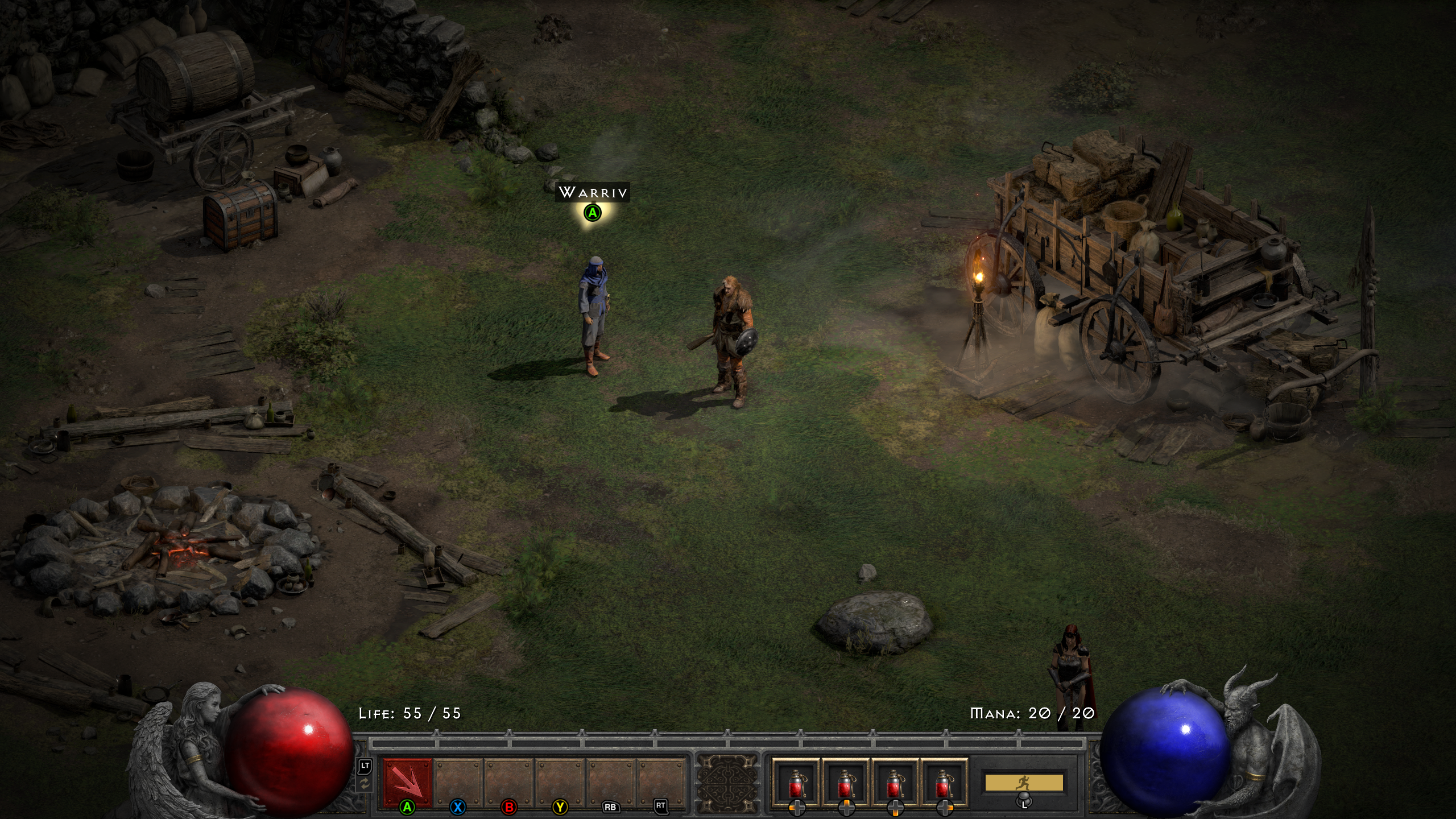 Diablo II: Resurrected is a full from-the-ground-up remake of Blizzard’s genre-defining action RPG. Available for the first time ever on console, I’m happy to report that what many gamers still perceive as Blizzard Entertainment’s magnum opus holds up surprisingly well 21 years later despite how little the game has changed and is now more accessible than ever, even if it misses the mark in a few areas. For those going into it for the first time, the story follows an old man named Marius as he follows the trail of a dark wanderer whose body serves as the vessel for the legions of Hell.

Motor-impaired players don’t have much to worry about because the simplistic nature of the gameplay loop lends itself to accessibility. Killing demons is as simple as walking towards the intended target and pressing the X button. While the options menu doesn’t feature an area dedicated to controller customization, all of a character’s skills can be mapped to any desired button from within the skill tree, so essentially controller customization is present. Each class has strengths and weaknesses—the Barbarian has more strength and health and is ideal for those who don’t want to worry about taking a few hits. The rogue is ideal for those with less coordination, since she is less likely to get swarmed due to being most effective at a distance. The Necromancer can raise the dead as allies, effectively evening the odds.

Regardless of which you choose, it’s a blast to play. Picking up items is just as simple as attacking, since it’s as easy as walking near the desired item and pressing X. Thankfully, organizing the inventory is just as easy because you don’t need to hold any buttons. In the heat of battle, a player’s health can be regained with the D-pad, as each direction corresponds to a certain satchel slot. If there is any aspect of the remake that doesn’t lend itself to accessibility, it’s that upon death, the player will lose a sum of gold and their equipment will be left with their corpse where they were slain, and they must return to it in order to recover it. I don’t consider this a barrier, since saving and exiting the game will cause the corpse to appear in town, and it’s much easier to recover it this way. The ability to hire mercenaries can make battles against boss monsters a lot simpler, and they get stronger as you progress, which compensates for the lack of difficulty settings. However, it is also unfortunate that so many of the features found within the accessibility menu are specific to multiplayer functions, because while it is by no means impossible, the ability to reduce enemy health or disable the need to recover your corpses by selecting easy mode would’ve been a welcome addition for newcomers.

In terms of visual accessibility, Resurrected is thoroughly accessible. Subtitles contain speaker-tags and can be adjusted to a variety of sizes using a slider, and since characters who have information are designated by a bright exclamation point, and speaking to them puts scrolling text in a black background, reading is a breeze and items that can be looted also have a visible sparkle to them.  Colorblind filters for monochromes, deuteranopes, tritanopes, and protanopes are available. These are the most options I’ve ever seen in colorblind filters. The size of item and menu text can also be adjusted. The map is the only feature of the game that keeps it from a barrier-free rating, as it can be adjusted to encompass the whole screen but doesn’t highlight waypoints that allow teleportation to different areas or mission objectives, which is the biggest misstep, as most dungeons are dark. Blizzard has also added a visual cue that indicates whether or not you have missed your target when attacking in the form of a white X. Unique and powerful foes have distinct coloration that is depicted in both their physical appearance and health bars, but since the bars’ sizes are adjustable and there are colorblind filters, it’s not a barrier.

Auditory accessibility in Diablo II: Resurrected is top-notch. There’s no spoken dialogue outside of a few unimportant phrases, so most of what will be heard during gameplay are the grunts and roars of foes as they fall and the sounds associated with the multitude of magical auras and spells a player can summon. The majority of exposition is done through cutscenes, whose subtitles are not only easily legible, but also describe environmental sound effects like footsteps and doors unlocking, even going as far as to describe the flames that engulf the opening logo. It’s rare in games to see subtitles presented with such incredible detail and clarity. They even describe the tone of the music in any given cutscene.