Every once in a while developers try to relive their glory days by releasing old games on new hardware as remastered collections or bundles. There are several releases of this nature that are scheduled for release during the 2016 holiday season. With that in mind, DAGERS has decided to inaugurate a new series that looks at the remastered bundles of games in order to provide a retrospective look at some of the industry’s top titles. The purpose of these articles will not be to give hard ratings like we normally do but give broad holistic impressions of the accessibility of the games included in each rerelease. 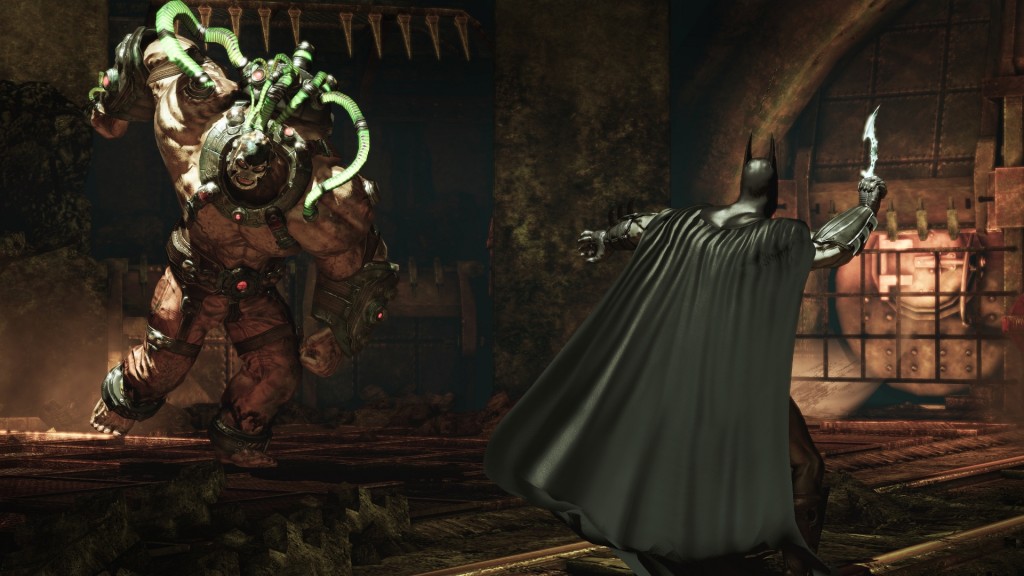 The first of these bundles that we will be reviewing is the Batman Return to Arkham bundle which contains HD versions of Rocksteady’s first two superhero blockbusters; Batman Arkham Asylum and Batman Arkham City. This bundle holds a particular significance for me because Arkham Asylum was one of the first games that I could play through on normal difficulty and beat with no help from an able bodied gamer. It is true that the base mechanics of both games lent themselves to inaccessibility by requiring players to use quick thinking and quick fingers to progress. For example; the first boss battle in Arkham Asylum sees the caped crusader squaring off against my personal favorite Batman villain, Bane. The player needs to quickly throw batarangs as Bane charges and then dodge out of the way which causes the enemy to ram into the wall and become disoriented allowing the player to climb Banes venom rig and cut off the supply of the chemical that gives the strong man his power. It took me dozens of tries to get this but each time I got closer and when I finally did it I felt like I was the dark night. That was the real accessibility of Batman Arkham Asylum. The gameplay was both forgiving and flexible enough to allow players with disabilities who were persistent to find a way through to the games very satisfying conclusion. Even though the game has no controller customization, this feature meant that in most scenarios, players with fine motor disabilities can use a play style that best compensates for their impairments. Even more surprising was the fact that even though Arkham Asylum was rife with quick time events they were executed in such a slow way that my extremely limited reflexes did not pose a barrier. In fact the only barriers that I can see from replaying the game on my PS4 are for the visually impaired when using the games detective mode. All in all, Arkham Asylum represents one of the first AAA games that I found broadly accessible.

The accessibility narrative drastically changes when talking about Rocksteady’s even more successful follow-up, Batman Arkham City. In this sequel, players take control of Bruce Wayne as he is thrown into a cordoned off section of Gotham that is serving as a city size supermax for the worse of the Gotham criminals. Before Wayne puts on the cape and cowl players are forced to play through the opening sequence in which billionaire Bruce Wayne is pursued throughout the prison by gangs of angry hoodlums. Rocksteady blew most players minds because most things they did well in Batman Arkham Asylum they improved on in Batman Arkham City, except for the accessibility. Even though the detective mode now uses high-contrast colors, Arkham City was nearly unplayable for many disabled players due to some very unexpected fine motor barriers. Again, one need only look as far as the first boss, one of Jokers main henchmen, Mr. Hammer. This villain tasks players with jumping over his head to punch him in the back repeatedly while dodging a healthy amount of regular enemies all intent on punishing the Bat. This task is made harder than it needs to be because in order to perform this maneuver the player needs to hold the stick in a particular direction while tapping the X button multiple times. Combine this with the fact that Rocksteady made normal enemies more intelligent and harder to kill and this boss fight becomes a slog for any player with even a slight fine motor impairment. This barrier is symptomatic of all the problems in Batman Arkham City. It seems as though Rocksteady wanted to make the game bigger but to do this they just crammed more features into an already crowded control scheme making it more demanding and harder for fine motor impaired players. On top of this, the game featured a large number of QTEs that were identical to ones in Batman Arkham Asylum but required players to tap faster for some reason. This was the biggest personal disappointment with Batman Arkham City because I cannot think of a reason to make the QTEs in a game harder when its predecessor had ones that were reasonably accessible. On the whole, the first two Batman Arkham games represent the dangers of increasing a games features without paying attention to its accessibility. If developers aren’t careful and follow Rocksteady’s example they run the risk of turning perfectly accessible franchises into inaccessible disappointments.