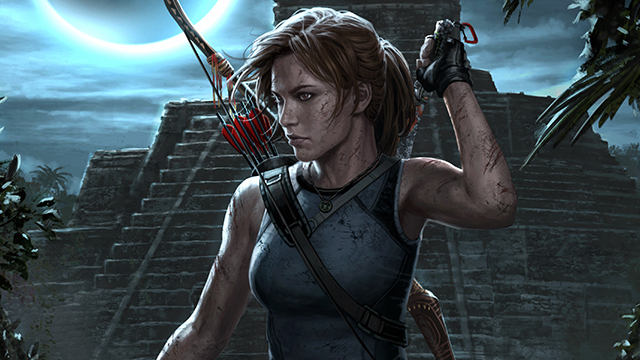 Shadow of The Tomb Raider is coming out next month, and I’ve been eagerly awaiting its release! I love the new rebooted series of Tomb Raider and with this latest game I expected more of Lara Croft, surviving in the jungle, and lots of exploring. What I didn’t expect was a new focus on accessibility options. Square Enix put out an article going into great detail about their new accessibility options and difficulty mode changes in Shadow of The Tomb Raider. It’s an impressive amount of options, so I’ll go into the big changes. Specifically, the ones disabled gamers will benefit from the most.

New accessibility options were added for the gameplay and combat, which, in turn, should benefit disabled gamers with fine motor skill impairments. Things like, inverting the y-axis, reducing camera shake, and customizable aiming sensitivity are going to be included. The previous two Tomb Raider games already offered some form of aim assist, but the feature was poorly executed. Also, none of the console versions of the games had customizable controls. So, I had to play the PC versions, in order to accommodate my fine motor skill impairments. Even with aim assist, the last Tomb Raider games still had very fast-paced combat and no useful way to alter the shooting mechanics. Thankfully, this is not the case anymore. Shadow of The Tomb Raider gives you the option to tap the aim button instead of holding it down, as well as, the ability to choose the left or right stick when aiming your gun. You can also choose to center the camera, which is “soft locked” on Lara’s back. What this basically means is, you now only have to use the left control stick for movement. When this feature is on the camera automatically follows the main character. Other action games, like Uncharted, use similar camera options, and it’s a welcome addition to the series. I can’t begin to explain how tiring it was juggling fast-paced combat, while also having to aim the camera every time I had to run. I’m happy to see they’ve greatly improved this. Another outstanding addition to accessibility involves button presses, specifically, the option to hold button press prompts instead of having to tap them repeatedly. This also includes being able to move the control stick in one direction (for example, when turning a crank, instead of having to rotate it). I’m happy to see these features because I distinctly remember having trouble doing something as simple as, opening a chest with Lara’s pickax. The button presses were needlessly tedious, so it’s great to see them offer assistance. The combat and gameplay options seem much more accessible and disabled gamers with fine motor skill impairments should have a much easier time playing Shadow of The Tomb Raider.

The team also talked briefly about some new audio accessibility options, they will be putting in the game. For instance, you can now choose to have subtitles displayed for only important conversations or every line of dialogue. Interestingly, Shadow of The Tomb Raider now offers the ability to turn on or off color coded subtitles. These were subtitles that were different colors depending on who is speaking at the time. In the previous games, I noticed that having them on could have confused colorblind players, but also these multicolored subtitles offer deaf players a way to know who is talking. These types of subtitles are kind of a mixed bag. Having captions that display sound effects and noise not on screen, bypasses the need for color signifying subtitles. So, thankfully the developers added closed captioning. In this way, there are now a myriad of ways deaf players and colorblind players can customize their experience, and have very few obstacles playing Shadow of The Tomb Raider.

Lastly, the difficulty modes are being completely overhauled, in Shadow of The Tomb Raider. There are still four different difficulty modes like easy, normal, hard, and deadly obsession. However, now exploration, puzzles, and combat can each be individually customized in the options menu. For example, you can choose easy combat (which automatically turns on aim assist, and lowers enemy damage), and also choose hard puzzles. Another way to play is choosing easy exploration (which clearly defines the path you need) and also easy puzzles (which makes timed mechanics more forgivable). As someone with fine motor skill impairments, I often have to pick easy mode because dealing with waves of enemies can give me fatigue. However, my mind is not affected by my disability, and easy puzzles in these modes give little challenge. It’s great that Shadow of The Tomb Raider now offers disabled gamers ways to customize the game how they see fit, and I can’t wait to try them out.

So, I wanted to highlight some of the more beneficial features being added because I noticed many other gaming outlets were not touching on those, even though Square Enix was very transparent about everything in their original article. Often times, developers will shy away from explaining their own accessibility options, or just expect people who want them to know where they are. So it’s great to see this video putting in the extra effort. Square Enix is a big-name studio, and if these options are in the final game, they may even replace Naughty Dog as the leader in accessibility for third person action games. I do want to make a disclaimer that Shadow of The Tomb Raider is technically not out yet, so many of the accessibility options could very well change. I have faith that they will all be included, but games often change drastically between the window of early development and the final release. That’s just something to remember. At any rate, these proposed options could be great improvements for disabled gamers. After all, having more options in a game is always a good thing.